A Canadian football Hall of Famer is set to become the Ontario Progressive Conservative candidate for Hamilton East-Stoney Creek in the next provincial election.

On Wednesday, the party announced Neil Lumsden, 69, joined the fold and will be facing off against current NDP MPP Paul Miller who was elected in 2007.

“I am honored to be your PC candidate, and look forward to joining Doug Ford and his PC team who have a clear plan to build Ontario, work for workers and make life affordable for families and future generations in Hamilton East-Stoney Creek,” Lumsden said in a PC party release.

We are pleased to announce our newest candidate for Hamilton East-Stoney Creek: Canadian Football Hall of Famer and community advocate, Neil Lumsden!

Lumsden made it to the football hall in 2014 due to his time with the Ottawa Gee-Gees and a decade-long career in the Canadian Football League.

He was on a Vanier Cup winner with the University of Ottawa’s Gee Gees in 1975 and was a part of three Gray Cups with the Edmonton Eskimos between 1980 to 1982.

Lumsden would see another Gray Cup win in 1999 as general manager of the Hamilton Tiger-Cats.

Following his football career, he was the chief operating officer of the 2003 World Cycling Championships, football coach at the University of Guelph, athletics director at Brock University, and he managed a sports marketing agency out of the Hamilton-Burlington area. 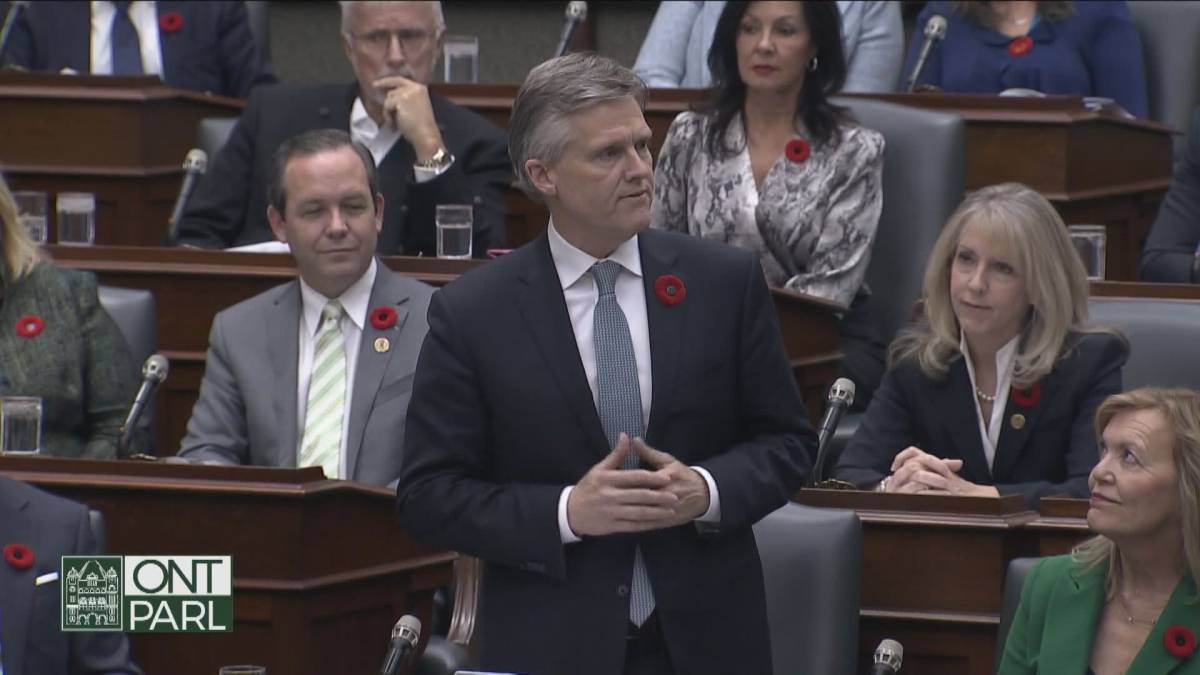 2:00Ontario long-term care minister says he will not seek re-election