They both have a peculiar sense of humor and are empathetic and loving. And each has a bad knee, although Neil Crone had his replaced last year.

That’s where the similarities between the acclaimed Canadian actor and his television counterpart, adoptive father, Mr. Leopold from the sci-fi series “Endlings”, diminish. Mr. Leopold is “probably much wiser than I am, and definitely more patient,” Crone says, but Kenneth Leopold has never been nominated for a prestigious television award: Crone recently received a Daytime Emmy for Outstanding Supporting Actor in a Fiction daytime. Program.

On June 28, Crone had just finished vacuuming and was sitting down to lunch when the phone rang at the Scugog home he shares with his fiancee Kathryn Kelly and their dogs, Owen and Dooley. He was the creator of “Endlings”, JJ Johnson.

“He said, ‘Hey, Neil. What are you doing? ‘”Crone recalls. “I jokingly said, ‘Well, it’s pandemic time, JJ, so I’m sitting here naked with a bottle of bourbon.’ He replied, ‘Well, you better put some clothes on, buddy, because you’re going to the Emmys.’

Crone was stunned. “This really came completely out of left field,” he says of his first nomination. “I was delighted, of course, and it took me a few days for reality to sink in.”

The 61-year-old Toronto-born and raised has had a prolific and varied career. He has played Mr. Leopold in “Endlings,” which centers on four foster children who discover an alien after their spaceship crashes on their farm, since its first episode in 2020. He is also a Canadian Comedy Award winner, Syndicated humor columnist, author, and motivational speaker, the latter of whom frequently focuses on his recovery from colon cancer in his 40s. “I did the dance with chemotherapy and radiation, and that whole process changed me considerably,” says Crone. “It helped me get a clearer perspective on the things that really mattered in this life. It’s a message that I love to get across and people seem to really understand it. “

Crone graduated from the radio and television arts program at what was then called the Ryerson Polytechnic Institute and went on to study education at the University of Toronto. He taught high school English and drama for three years before launching his acting and comedy career in Toronto’s Second City in 1990.

Although she loved teaching, she had to pursue her passion. “I felt, as I still do, that if you follow your bliss, happiness and success will come,” he says. “Having said that, I vividly remember the first morning that I did not go to teach, the moment when I realized that someone else was taking care of ‘my children’. I was a sobbing idiot that morning. “

Since then, he has accumulated a long list of credits: his films include “American Psycho 2”, “Hairspray” and “It”, and he has appeared in such television series as “Noddy”, “Little Mosque on the Prairie”, “Mysteries from Murdoch “,” When Hope Calls “and” Nurses “. In addition to hosting the game show “Wild Guess,” he has voiced animated characters on shows such as “Thomas and the Magic Railroad,” “Kody Kapow,” “Corn & Peg,” and “Bob & Doug.”

Crone has a soft spot for the CGI-heavy “Endlings,” whose second season aired on CBC (and Hulu in the US) this year. “My family and I are great lovers of the natural world and this beautiful planet,” Crone said. “We love the message that the program promotes about caring for the Earth and all the creatures that share it. ‘Endlings’ is science fiction, but only up to a point. Most of the terrible planetary problems that it deals with are, sadly, already a reality. Also, I love the fact that the show has a big heart. It’s about loving and caring for each other. “ 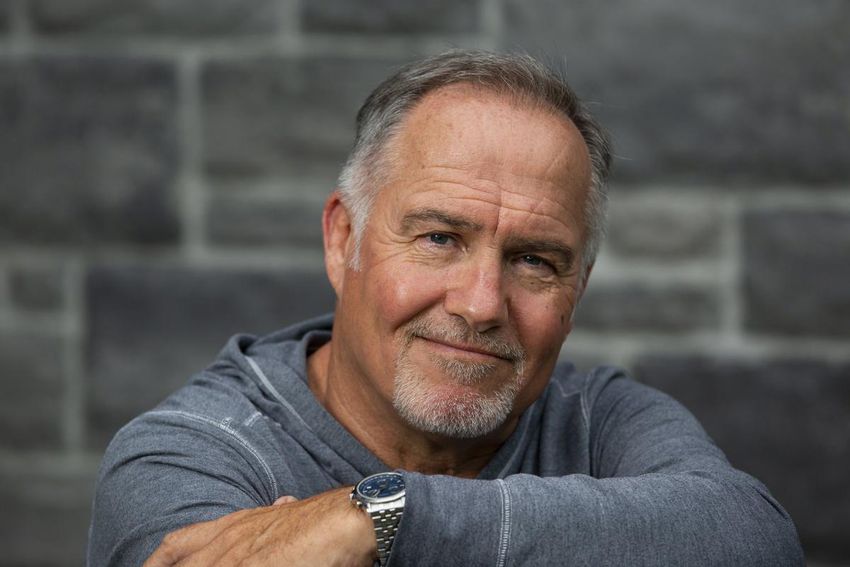 Mr. Leopold, Crone says, is “one of those weird roles that you read about and think, ‘I’d love to be this guy.’ I would feel very comfortable in his skin. ‘ He describes the father of television as “a kind of broken man, with a lot of loss and pain around him. But those wounds allow him to understand the pain in others, especially his adopted children, and help them heal themselves. I’ve often said that Mr. Leopold is the parent or foster parent that most of us would love to have, ”another thing that Crone and his fictional counterpart have in common. The real-life father and stepfather of three grown children has a great relationship with his television children. “I have received nice congratulatory notes from all of them,” he says. “They are extraordinary people and good actors.”

As for the future of “Endlings,” Crone says: “In my fantasy world, the show goes on for another two decades and we see Mr. Leopold grow old happily and be content.” When asked what Mr. Leopold would say about Crone’s nomination (the winner will be announced on July 18), the actor responds: “Don’t let it go to your head. Remember what is really important in this life. “