If you’re a Toronto basketball fan, you know Nav Bhatia as the Raptors superfan sitting on the court at every home game, cheering for his favorite team while booing opponents.

But there is more to his story that you may not know.

Now a new CBC documentary draws the curtain on the man in those courtside seats. “Superfan: The Nav Bhatia Story” offers an in-depth portrait of the 69-year-old by making him open up about the racism he faced after immigrating to Canada, his arranged marriage, and even how he landed those plum seats in the first place.

“This is important because I don’t want Raptors fans to think that I just have money and that I am buying season tickets,” Bhatia told the Toronto Star. opposing players miss free throws. “

One of the documentary’s producers, Vinay Virmani, says they wanted to share the story of the man who has become synonymous with the Raptors franchise, without making the film “self-indulgent.”

“There was a lot of pressure to make sure we gave people a glimpse of her life, but also so that Canadians and all immigrants can identify with her,” Virmani said.

In the documentary, Bhatia explains why he left India in 1984. He refers to the violence at the Golden Temple, a sacred place for Sikhs in Punjab, during a military operation that forced him to leave for the sake of his family.

After moving to Canada at the age of 32, it also explores the labor struggles you faced in a foreign country before it became your home.

“As a mechanical engineer, you think you can get a job, but no. I went to a lot of interviews, but couldn’t get one. “

When Bhatia finally got a chance in a Hyundai Rexdale, she was only given 30 minutes to get to work after she was told she had gotten the job over the phone. That wasn’t the only speed bump.

“The clients did not want me to attend to them. They said they wanted a “normal” vendor without a turban to serve them. They called me by many names like ‘towel head’, ‘diaper head’ and ‘Paki’. That day was the lowest of my life, but it was also the most motivating. I made a commitment to myself that if I’m going to survive in this country, I’m going to be better than good and I did. I sold 127 cars in 90 days. It was a record then and it is a record now. “

The documentary explains that Bhatia’s resistance stems in large part from a promise she made to her mother when she was 16 years old. He vowed never to drink, never smoke, and never take off his turban.

“I believe that the story of my life is a promise kept. Many of my friends, when I came to Canada, they told me to take off my turban and that I wouldn’t get a job if I didn’t. But I kept my promise. I did a cleaning yard job for a while and did it with pride. Nobody could find any defect in a toilet that I cleaned ”.

One of the most compelling parts of the documentary is the discussions between Bhatia and his wife about their arranged marriage and the compromises they had to make to accommodate their devotion to their favorite team.

Despite their instant connection, Bhatia said her love for the Raptors has put their relationship to the test.

“The only thing I didn’t talk about in the movie is that my marriage is hanging by a thread,” he said. “Because of my addiction to the Raptors, I’ve missed birthdays, I’ve missed wedding anniversaries … For me, it’s all about the basketball calendar.” 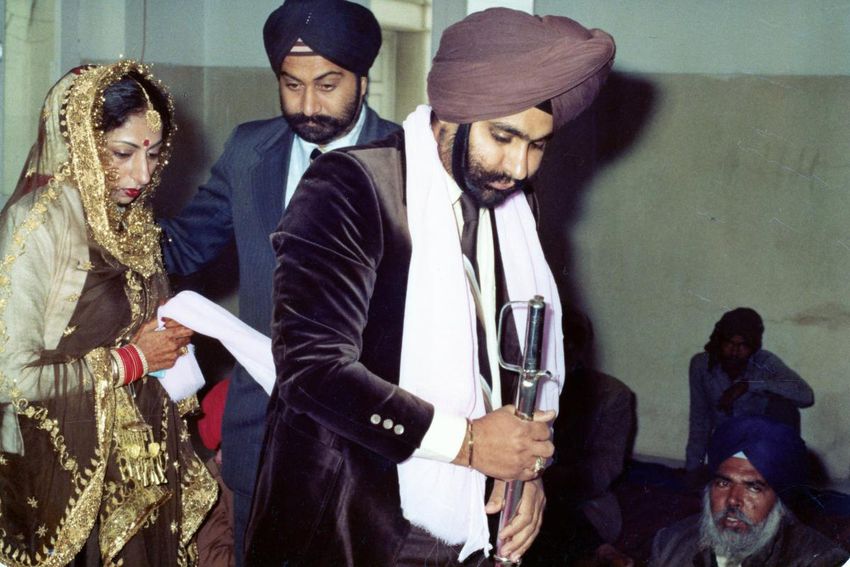 Arvinder Bhatia agrees and says that her husband’s obsession has become something that she has normalized.

“He always jokes, ‘Don’t die the day I have a basketball game because I won’t be able to attend your funeral,'” he says in the documentary.

The film also features interviews with many of the people who helped Bhatia along the way. Former Raptors Executive Vice President Isiah Thomas talks about calling him “Superfan.” Vince Carter talks about how Bhatia was loyal to him at a time when the superstar didn’t have the best of relationships with fans, offering one of his court seats to his mother.

Perhaps the most powerful part of the film is the direct connection between Bhatia’s success as a new Canadian and the Toronto Raptors’ 25-year journey to become NBA champions.

“Our stories are very parallel. We were the favorites when we got into the league and then look at what happened in 2019. The Raptors won the championship and shocked the world. They said the NBA champions shouldn’t be from Canada like they said the superfan shouldn’t be someone with a turban and a beard. “ 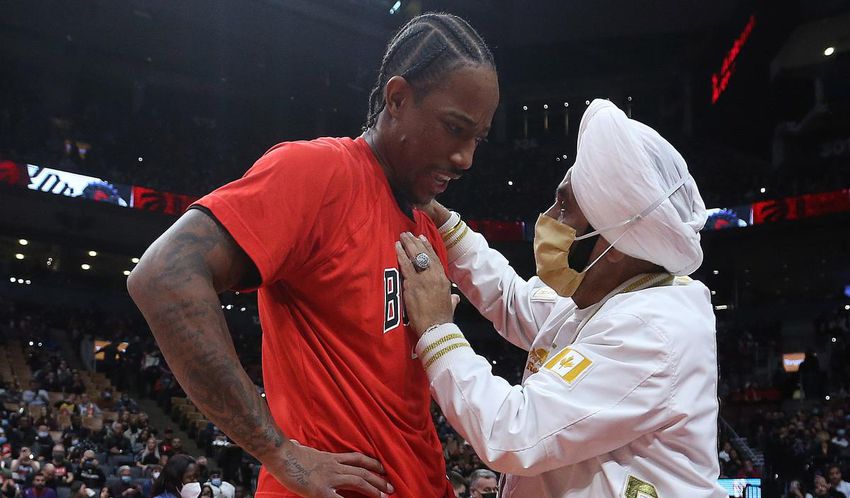