Windsor residents continue to be educated about the city’s new bylaw that could see property owners face a $215 dollar fine should messy bird feeders elicit complaints.

The new rules were passed in 2021 as a way to reduce wildlife and rodents, like rats and skunks.

“I don’t know what the big deal is,” said Marty Doll, who received a visit and warning from a bylaw officer at his Riverside home Thursday. “We have to take this bird feeder down because a neighbor complained.”

Doll said watching the birds feed in the front yard helps his daughter with anxiety, telling CTV News he plans to take the feeders down soon.

“She’ll watch this, the birds come in and it comes right down. I guess they have nothing else to do but complain,” he said.

At the same time, a rise in avian flu cases across southern Ontario has triggered warnings about feeding birds in the region.

“If your feeders are not clean, yeah, they can catch all kinds of diseases,” said Gerry Marino who traveled from Quebec this week hoping to bird watch in Ojibway Park. “I came here to see the birds at the feeder, but I didn’t know the feeders were no longer here.” 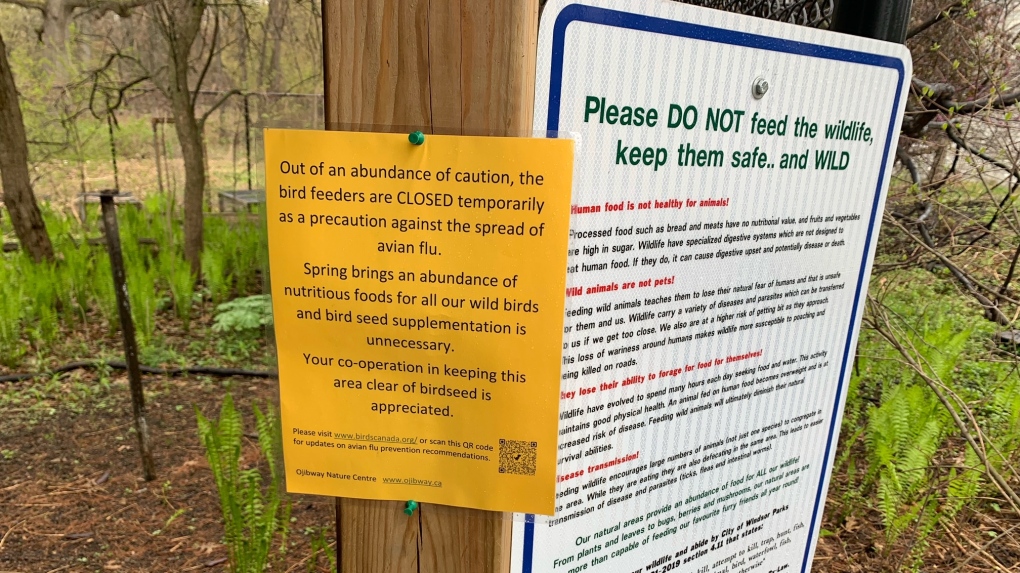 Bird feeders were temporarily removed from the park last month out of an abundance of caution. Posted signs say spring brings in plenty of nutritious foods for all wild birds and that birdseed supplementation is not necessary.

Marino says he appreciates the city’s bylaw, while disappointed the feeders were gone.

“At least you can see them here,” he said.

Dilkens said healthy bird populations are of critical importance to biodiversity and ecosystem health, while stressing the importance of the 2021 bylaw.

“We have to find the balance between wanting to feed birds and then not attract skunks and not attract rats and things like that. So consider your neighbours, consider the environment that you’re in.”

The major added, “there’s lots of ways to help the environment without creating controversy between neighbors on either side and we just ask people to act sensibly.” 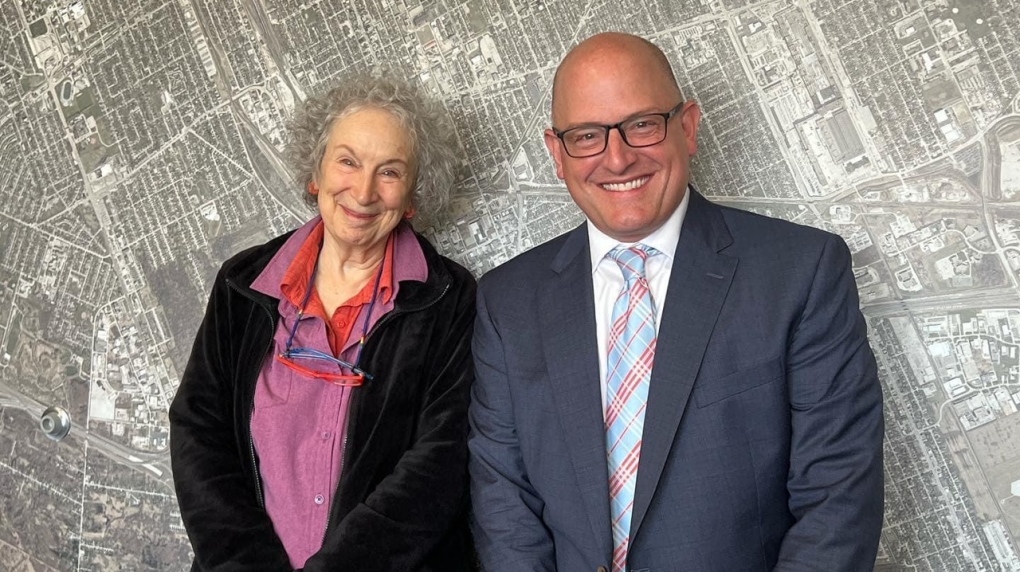 Meanwhile, a Windsor couple who live near Ojibway Park who spoke with CTV News last week said they’ve received calls from across North America since sharing their bird feeder story.

Lajoie said someone from Toronto shipped a mess free bird feeder with a mesh net as a possible solution, free of charge. “The lady was so kind she said she can’t believe that the city would do this kind of thing to somebody,” he said.

Lajoie said he’ll extend an invitation to city officials to see if the new feeder is acceptable, while encouraging others to contact their city councilors about allowing exceptions to the new bylaw for responsible property owners.

“I want to get it all set up before I put any feed in and I want by law enforcement to come out and give us an approval on it before we go ahead and use it at all,” he said.

“But if they say they don’t want it because of the avian flu, could you please hold off? Yes, I will.” 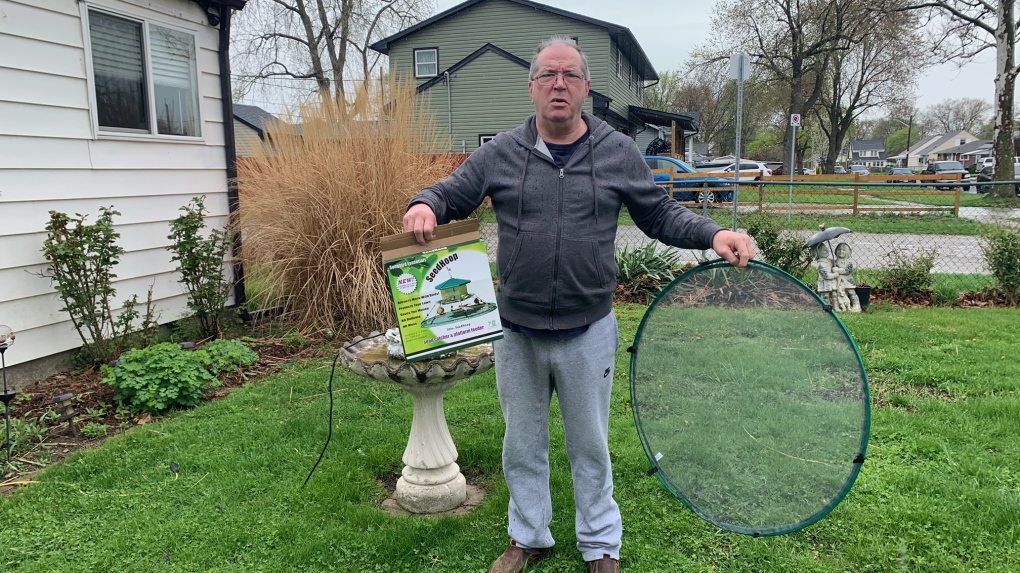 Robert Lajoie shows a mess free birdfeeder to a stranger gifted him after receiving bylaw warning in Windsor, Ont. on Friday, May 6, 2022. (Chris Campbell/CTV Windsor)