Victoria Kalisky and her father Lorne have spent the last two nights handing out hundreds of new winter jackets, as well as hats and gloves, to Montrealers experiencing homelessness.

Since starting a GoFundMe on Saturday night, Kalisky – a 23-year-old McGill University student – had already raised over $ 18,000 as of Tuesday afternoon.

“Initially, we intended to donate about 25 coats and then over time, our goal increased as the community stepped up and really surpassed our expectations,” Kalisky said.

So far, Kalisky, with help from her dad, has purchased and distributed 581 parkas through a local distributor.

Kalisky said it was a trip to the grocery store in -30 C weather that opened her eyes.

“It was so cold that my face was in pain,” she said. “I noticed that men and women were spending the entire night in that severe weather.”

But what really spurred her into action was when she learned of the death of a homeless woman whose body was found outside near the Berri-UQAM metro station last week.

It’s the second death to hit the homeless community in just two weeks. A 74-year-old man was found outside a makeshift camp on Jan. 10 in Montreal’s NDG borough. He was thought to be suffering from hypothermia and was taken to hospital, where he later died.

A meteorologist for Environment Canada says the month of January has been a cold one, with an average temperature of -13 C. The normal temperature for this time of year is -9.7 C.

The Kaliskys’ gift of warmth is being received with gratitude by those in the community.

On Monday evening, people experiencing homelessness lined up in Cabot Square to get a brand new coat in their size.

Marty Errais broke out into song shortly after he slipped into his brand new parka.

“I feel on top of the world looking down on creation,” he sang, sporting a big smile.

While the father and daughter duo are happy to put a smile on people’s faces, for Victoria it’s about breaking down stereotypes and raising awareness.

“The people who experience homelessness are as diverse as the general population, and I think there’s a stereotype for homeless people that needs to be changed,” she said.

“They’re intelligent and are kind and they deserve not to freeze to death.” 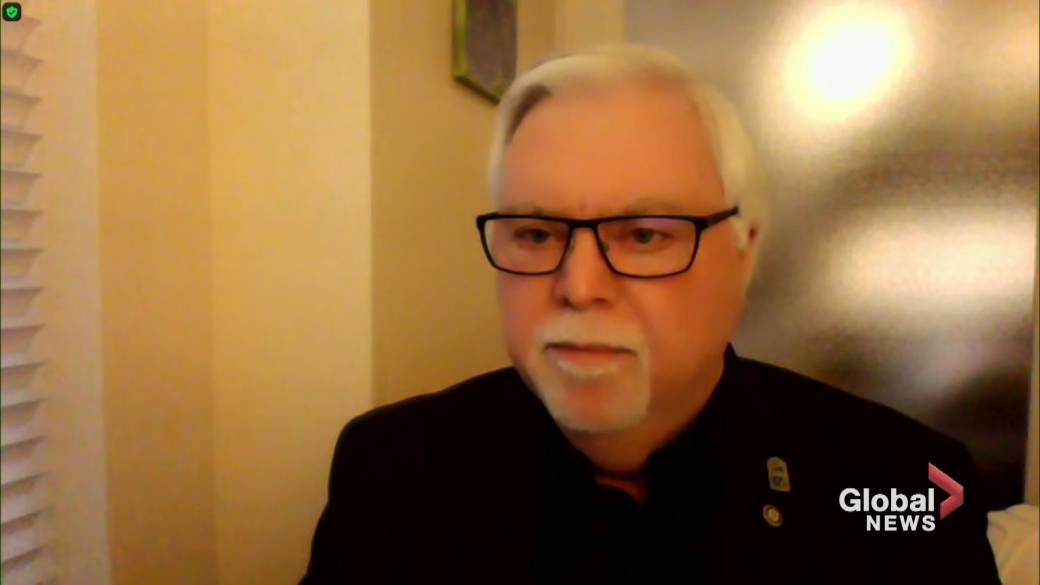 For Lorne, the experience has been an enlightening one.

“I felt it would be a lot more elating, but once I saw what a lot of these people have to endure and the sense of community that was here, it actually made me feel sad when I went home,” he said.

It’s taught him to be more patient with and understanding of people’s circumstances.

“A lot of people say that these are individuals who could have done more. But after seeing what they go through and how they live, they’re obviously doing this for a reason, ”he said, adding that the government needs to do more, especially in addressing mental health issues.

Victoria will continue her initiative on Wednesday, when she plans to hand out 500 kids’ snowsuits to families in need.