Canada is turning to a mix of youthful exuberance and battle-scarred experience in its quest for Olympic men’s hockey gold minus the country’s NHL stars.

The 25-man roster announced Tuesday is booked by 37-year-old Eric Staal and fellow center Mason McTavish, who turns 19 this weekend, for the upcoming Beijing Games.

“We always talk about playing the Canadian way,” head coach Claude Julien said on a video conference call with reporters. “We’re a proud country of the way we play the game.

“We’re going to be an aggressive team.”

Staal will be looking for his second gold medal at the Olympics after winning on home soil 12 years ago in Vancouver – a month after McTavish turned seven.

“This seems like a great group,” said Staal, who was also on Canada’s taxi squad in 2006. “Love the look and the balance we have.”

Also heading to China after the NHL bowed out of the tournament last month because of COVID-19 concerns are 19-year-old defenseman Owen Power – the top pick at the 2021 draft – 20-year-old goaltender Devon Levi and 22-year -old forward Jack McBain.

And while there’s no Sidney Crosby or Connor McDavid to be found, Canada has plenty of NHL miles on a roster that also includes professionals playing in North America, Europe and Russia.

READ MORE: NHL players will not participate at 2022 Beijing Olympics due to COVID-19: reports

Making up part of the veteran forward group along with Staal assembled by general manager Shane Doan and the rest of Hockey Canada’s brain trust are Daniel Winnik (36), Adam Cracknell (36) and David Desharnais (35), while defencemen Jason Demers (33 ) and Mark Barberio (31) are some other names fans might recognize.

Hockey Canada and the national governing bodies of the sports’ other powerhouses had been banking on NHLers going to Beijing until last month when the league nixed plans after close to 100 games were postponed because of the coronavirus.

“The process was different,” said Julien, who has a wealth of NHL experience and helped Canada win Olympic gold as an assistant in 2014.

“With today’s video, we had a pretty good grasp on all of the players and what they could bring.”

There is not nearly as much runway for preparations compared to 2018 when the NHL skipped the Games for financial reasons, but 10 of the players named Tuesday suited up for Canada at Russia’s Channel One Cup in December. 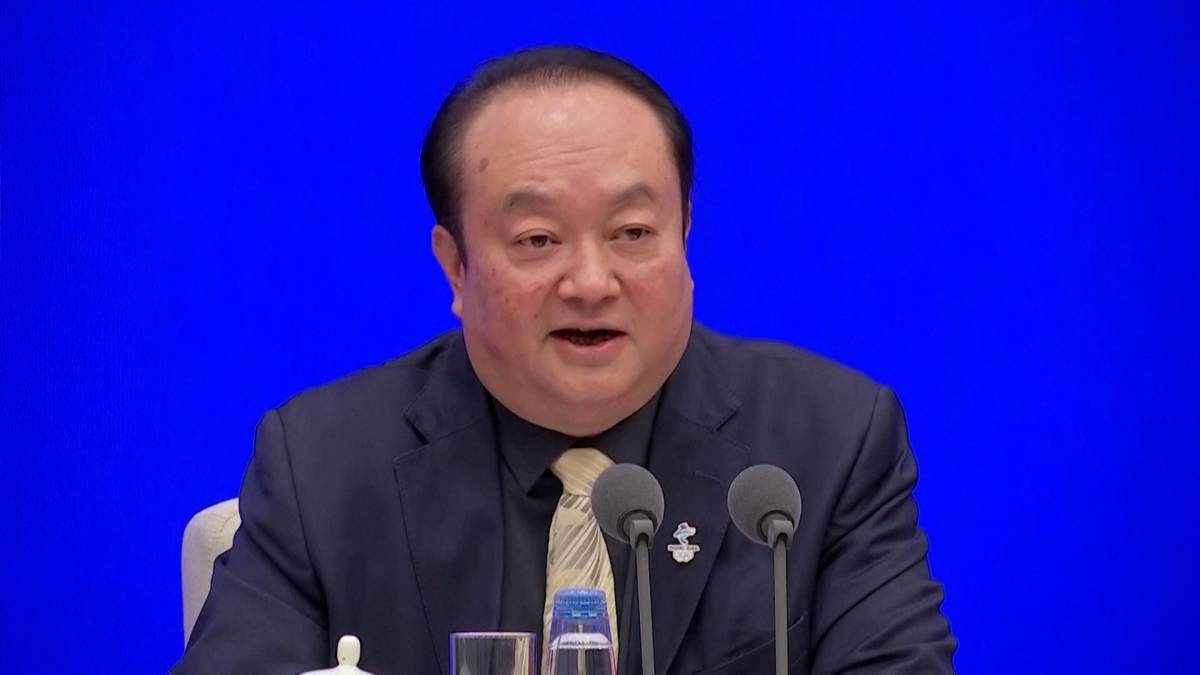 
Doan and Julien, who helped put that team together, were also set to lead Canada at the Spengler Cup, which was canceled because of COVID-19, and were on standby as Olympic replacements in the event the NHL withdrew from the tournament.

“If we have a challenge, that means every other team at the Olympics is having the same challenge,” Julien said.

“We just have to handle it the right way, be as prepared as we can, and be willing to adjust.”

Following a training camp and exhibition game in Switzerland, the Canadians will travel to Beijing prior to playing a final warmup contest against the United States.

Canada opens the tournament Feb. 10 against Germany before taking on the US (Feb. 12) and hosts China (Feb. 13) to close out round-robin action in Group A.

Canada struggled to score goals in securing bronze four years ago in Pyeongchang when the youngest player on the roster was 25, but has more skill up front this time with the likes of Staal, Desharnais, McTavish – the third overall pick last year by the Anaheim Ducks – Josh Ho-Sang, KHL star Corban Knight and McBain.

“We scoured ever single league. scoring’s always going to be difficult, especially on the bigger ice, ”Doan said. “This tournament being on the smaller (North American) ice, I think it’s a little bit more conducive to the lineup we put together.

“There was obviously an element of looking for that specifically and finding guys that can do that – scoring’s the hardest thing to do in the game.”

There’s also, as noted, a significant age gap among the group.

McTavish was in diapers when Staal went No. 2 overall to the Carolina Hurricanes in June 2003, while Power also had yet to celebrate his first birthday.

McTavish, who was returned to junior at Anaheim and will be playing on his sixth team this season, and Power were both focal points for Canada at the world junior hockey championship before the under-20 showcase was canceled because of COVID-19 last month.

A member of the “Triple Gold Club” – along with that previous Olympic triumph, he also won the Stanley Cup in 2006 and world championships in 2007 – Staal has not played in the NHL since last season’s run to the final with the Montreal Canadiens , but recently suited up with the AHL’s Iowa Wild in preparation for Beijing.

Power is the big name on the back end after the six-foot-six defenceman with Michigan of the NCAA went No. 1 to the Buffalo Sabers last summer, but he’s also at least 10 years younger than the rest of Canada’s blue line.

The roster has lots of top-end experience mixed with youth on forward and defense, but the crease is likely the biggest question mark entering the tournament.

Levi, who was named tournament MVP for his performance in Canada’s silver medal showing at last year’s world juniors, has put up gaudy numbers in the NCAA with Northeastern this season, sporting a .948 save percentage, a 1.55 goals-against average and nine shutouts in 24 appearances, but remains somewhat of an unknown.

Matt Tomkins and Edward Pasquale are the other goaltenders on the roster, with the latter’s three games as a member of the Tampa Bay Lightning in 2018-19 the extent of the trio’s NHL experience.

There are also three returning players from the 2018 squad in forward Eric O’Dell and defensemen Maxim Noreau and Mat Robinson.

The NHL went to five straight games between 1998 and 2014, but declined to participate four years ago in an event that was won by the Russians.

“It’s that ability to kind of set your ego aside? it’s not about you, ”Doan said when asked about his roster’s biggest strength. “This is about Team Canada. Over the years, the reputation that has been set aside by the NHL players that have been willing to do that, it trickles down to everybody.

“Everyone’s expected to do the same thing.”