Police say a man was transported to a trauma center after being hit by a vehicle in Brampton, Ont.

In a tweet Thursday night, Peel regional police said around 7:15 p.m., officers received a report that a man in the Queen Street and Rutherford Road North area was hit by a vehicle.

According to police, the vehicle remained at the scene.

Officials say a man was transported by ambulance to a trauma center.

PEDESTRIAN STANDED:
– Queen St / Rutherford Rd N in #Brampton
– Report of an adult man who was hit by a vehicle that remained at the scene
Man transported by ambulance to trauma center
– Road closures in place
– Use alternative routes
– C / R at 19:15.
– PR22-0032255

Police are appealing to the public to use alternative routes as road closures are in place. 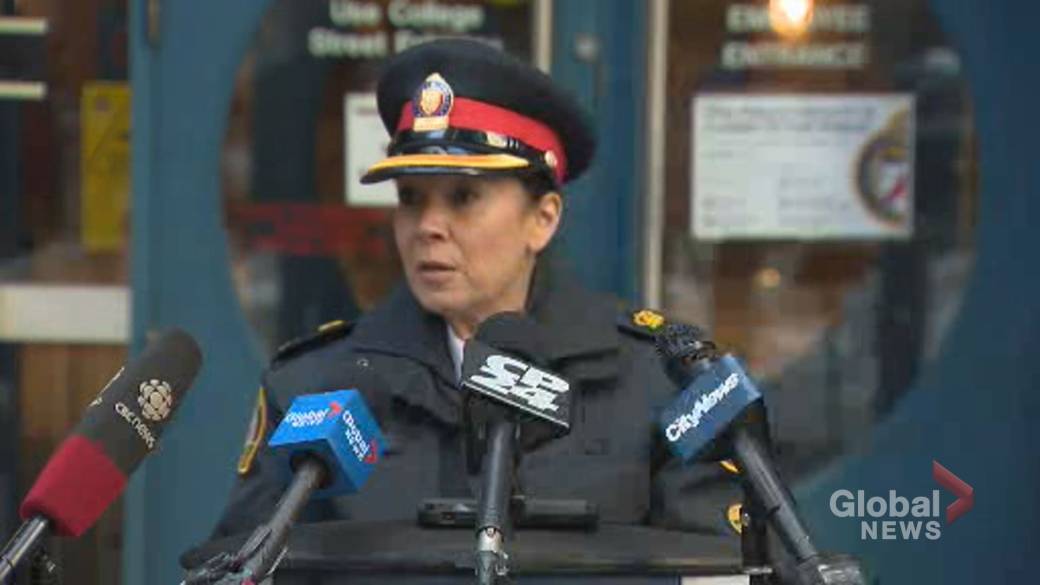 1:30Large number of guns used in Toronto crimes come from the US: Police

Large number of guns used in Toronto crimes come from the US: Police