A pedestrian was killed when he was struck by the driver of a truck in Brampton Thursday evening, Peel police said.

The collision happened at the intersection of Bovaird Drive East and Kennedy Road North around 6:30 pm

When emergency crews arrived, they found the pedestrian, a man in his 70s, with serious, life-threatening injuries. He was taken to a local hospital, where he was pronounced dead.

Police said the driver of the vehicle remained at the scene and is cooperating with the investigation.

At the intersection, police were seen inspecting a white unmarked truck and a black sedan. Police confirmed that the truck was the vehicle that hit the pedestrian. It is not yet known how the sedan was involved in the collision. 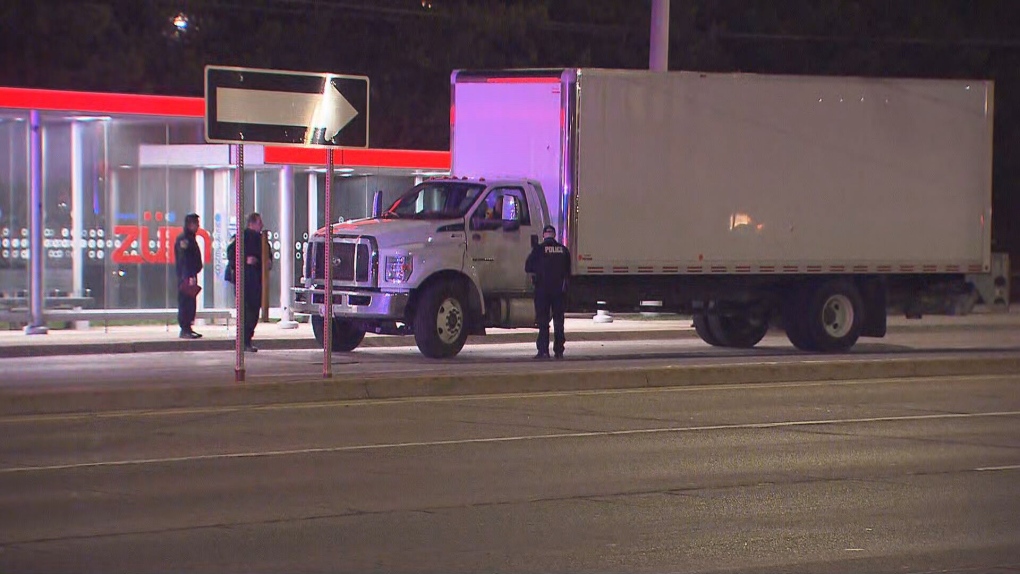 Police are looking at a truck that fatally hit a male pedestrian at an intersection in Brampton.

“I do know that the pedestrian was walking southbound. As to whereabouts on the roadway, I can’t confirm at this time. That’s part of the investigation,” said Const. Donna Maurice.

“I am not sure at this point in time which direction (the vehicle) was travelling,” she added.

When asked if the driver was distracted, Maurice said it will be up to the Major Collision Bureau investigators to determine what led to the collision.

“The investigation is in its early stages at this time. And investigators will be looking at all aspects as to what transpired here tonight,” Maurice said.

Kennedy Road is closed between Wexford and Rutherford roads. Police have also blocked Bovaird Drive from Richvale to Conestoga drives.

“We are asking anybody who was in the area who may have dashcam footage, or they heard or saw anything at the time of the collision to contact investigators and provide that information to them,” Maurice said.

People who live in the area said many drivers are going over the speed limit.

Sumeet Singh told CTV News Toronto that Thursday’s incident was unfortunate. He described the intersection as dangerous and that accidents happen frequently.

“There are so many speeding cars over here,” Singh said. “It’s very difficult to cross the intersection.”