Police say a man has been arrested and charged after a fatal collision in Toronto in December 2021.

Toronto police said on Dec. 26, 2021, just after 2 pm, officers responded to a call for a collision on Richmond Street West at Yonge Street.

Officers said two vehicles collided, causing one to roll on its side, striking multiple pedestrians.

Police said as a result of the collision, eight people were taken to hospital. Two of the individuals suffered life-threatening injuries.

On Jan. 1, officers said an 18-year-old man who had been taken to hospital in life-threatening condition had died. 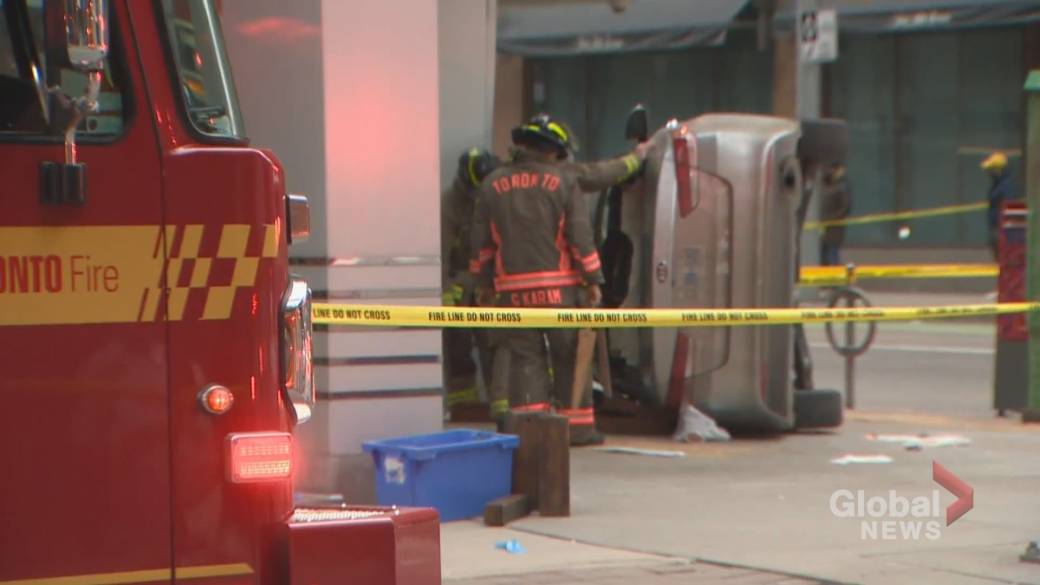 2:08Police looking for video after collision injures 8 in downtown Toronto

According to police, 22-year-old Demar Kerr from Toronto surrendered to officers on Tuesday.

Police said Kerr was scheduled to appear in court in Toronto on Tuesday.