You could say Thursday night was a slam dunk for the Forest City and for London, Ont. native Shaedon Sharpe.

Sharpe was drafted into the NBA and was picked seventh overall by the Portland Trail Blazers.

Speaking to CTV News Friday afternoon shortly after landing in Portland with his family, Sharpe said he is looking forward to what lies ahead.

Sharpe credits the hard work he put into playing basketball and support from his family and friends as propelling him throughout his journey. 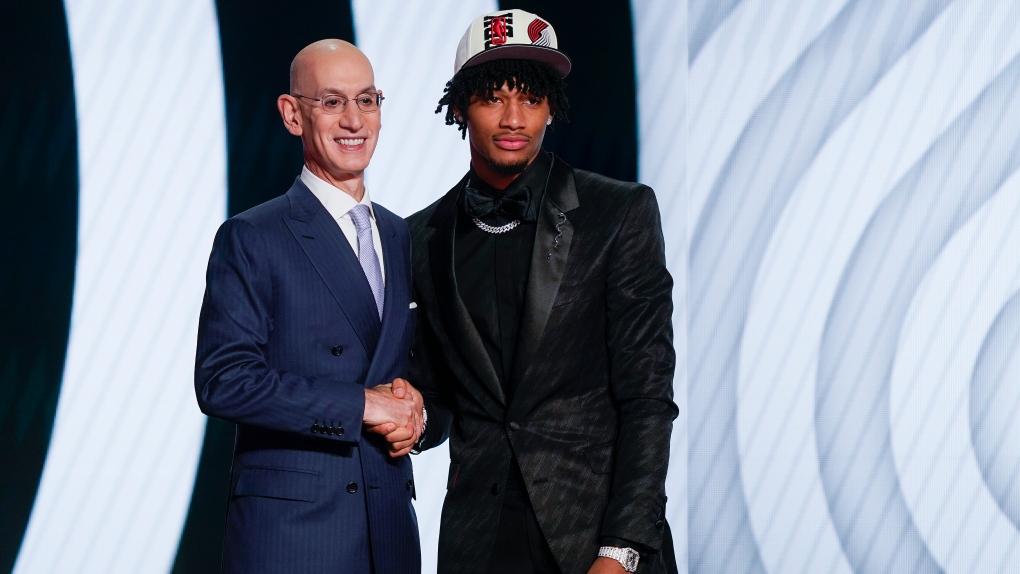 He admitted that he was nervous during Thursday night’s NBA draft because he didn’t know where he was going to end up.

The former Beal Secondary School student was technically a Kentucky Wildcat, but had never played a game prior to the draft.

Speaking to CTV News Friday, his father Robert Sharpe said he could not be more proud of all that this son has accomplished.

“I think the key to his success was, you know, we have a great group of people — our circle we maintain very small, but you know, he’s got awesome, awesome support from his grandparents, to his parents…brother and sisters — we sacrificed a lot,” he said.

“We all went above above and beyond the call of duty to help him reach his dream,” Sharpe’s father added.

The first game of the 2022 season for the Portland Trail Blazers will kick off on Oct. 20.