They published letters that would have sunk Emma Coronel, the wife of Mexican drug trafficker Joaquín “El Chapo” Guzmán, in jail, according to information from the news agency Infobae Y Narco’s Blog.

As reported, yesterday, Monday, February 22, the spectacular couple of the capo who is being held in a maximum security prison in the United States was arrested.

According to information provided by the AP news agency, the US Justice Department assured that “Chapo” Guzman’s wife was arrested on drug trafficking charges.

The important revelation that the authorities take into account to arrest the beauty queen was that she allegedly received letters from her husband Joaquín “El Chapo” Guzmán, to carry out actions of the criminal organization, between the years of 2012 and 2014 .

They were elements of the Federal Bureau of Investigation (FBI, for its acronym in English) who ratified the letters that the capo wrote to Emma Coronel after her arrest in 2014.

According to the report, everything indicates that he carried messages addressed to “Cleto”, alleged administrator of drug distribution, a drug trafficker who lives in the northern state of Durango, Mexico.

Then the content of one of the letters was revealed and in a verbatim way it says: “Regarding Cleto, increase the production so that it performs. Say hello to Cleto. Tell him please ‘give me your hand’ so that the first sale is on my part … because I have a lot of expenses here ”.

Through a statement, the US government confirmed that today, Emma Coronel will appear by videoconference before a judge from the District of Columbia and the letters will be detailed.

But the authorities deciphered the content of other letters that we will show you below, as well as more details of the investigation that will continue today with the appearance of the wife of Joaquín “El Chapo” Guzmán.

In another of the letters to Emma Coronel, alleged indications are made known that the capo Joaquín “El Chapo” Guzmán had given his sons Ovidio, Iván, Joaquín and Alfredo, who are in the Sinaloa Cartel.

In a textual way, he says: “I ask you to always agree between you and my four children. Hire accountants all over the state, and pay the boys and widows there, and what’s left per month, half is for you and the other half for the four of you. “

And he adds: “… You know who has the papers from that place. Send it to the twins, please. The mother of the twins will say something to you and my children. Please be alert compadre. She will explain it to you… The twins’ mother will bring them a message for everyone to see personally ”.

The investigation conducted by the FBI assumes that the letters were addressed to the ex-wives of the Mexican kingpin, including Emma Coronel. 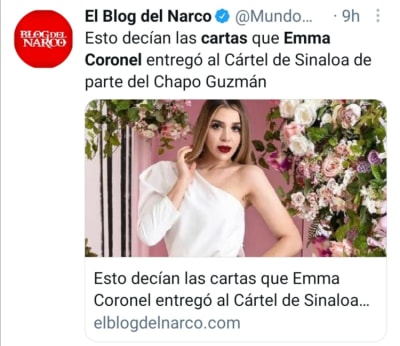 The purpose of this last message in the letters showed the level of command of Emma Coronel, the wife of Joaquín “El Chapo” Guzmán.

According to the report, the twins’ mother was the model, and the authorities indicate that “Colonel was acting as an intermediary and messenger between GUZMAN and his lieutenants, associates, and children.”

So it is detailed that while the capo remained in jail at the Federal Center for Social Rehabilitation of Almoloya, he did not lose control of the organization by sending instructions through letters addressed to his wife Emma Coronel.

Coronel, 31, a Mexican and US citizen, was detained at Dulles International Airport.

Coronel is not only accused of participating in a criminal association to traffic cocaine, methamphetamines, heroin and marijuana, but the United States also accuses her of having joined others to help Guzmán escape from the Altiplano prison, in Almoloya de Juárez, Mexico, in July 2015, it is indicated in the text. 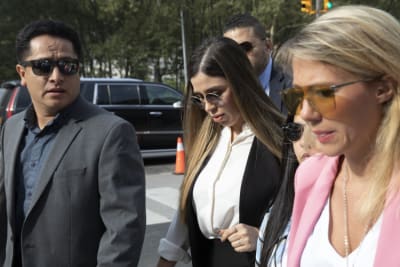 After Joaquín “El Chapo” Guzmán was re-arrested in Mexico in January 2016, Emma Coronel allegedly again planned, along with others, another escape attempt for her husband. Guzmán, however, was extradited to the United States in January 2017.

Coronel appeared every day at her husband’s drug trafficking trial – held in New York’s eastern district court – in late 2018 and the first two months of 2019, and was caught on camera every time she entered or left the building of the court, in Brooklyn. Guzmán was sentenced to life in prison due to his role as leader of the Sinaloa Cartel.

According to an affidavit issued by Eric McGuire, an FBI agent, and released by the Department of Justice, from 2012 to 2014 Coronel passed messages from Guzmán to other members of the cartel to continue drug trafficking activities while he evaded Mexican authorities. .

Following the arrest of “El Chapo” in February 2014, Coronel continued to pass on the messages her husband gave her when she visited him in prison, McGuire wrote. Mexican authorities did not monitor visits, the agent said. 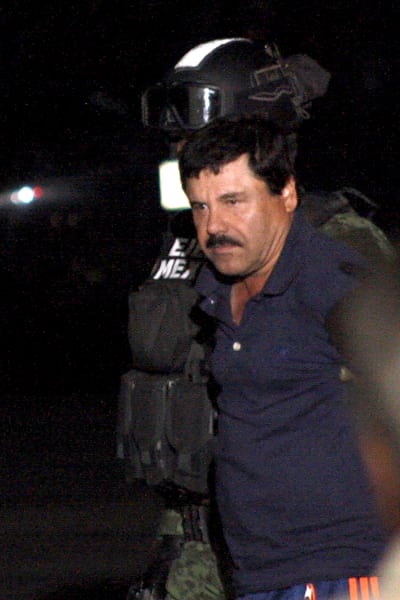