A week after leaving the hospital, Toño Mauri surprises on social networks with noticeable improvement next to Dr. Juan Rivera and the followers of the program Wake up America they tell him that he looks much more recovered.

It was on February 15 when it was announced that the Mexican soap opera actor, Toño Mauri had left the hospital after 8 months of being admitted to the University of Miami Hospital after complications from the coronavirus.

During his stay, the actor spent 3 months in a coma, and the last two months recovering from the double lung transplant to which he had undergone to save his life.

After these long months of uncertainty, today a photograph appeared in which Toño Mauri showed a noticeable improvement, to such an extent that little by little he begins to have his physical appearance as before.

In a recent publication shared just a few hours ago by the program’s official Instagram account Wake up America, It is possible to see the 56-year-old actor next to the native of Cuba, Dr. Juan Rivera

And it is that the surprising thing was not to see these characters together, but to see the notorious improvement that Toño Mauri showed in the image, since the actor in addition to appearing with more vivid colors; a navy blue sweater, accompanied by a cap and gray pants. 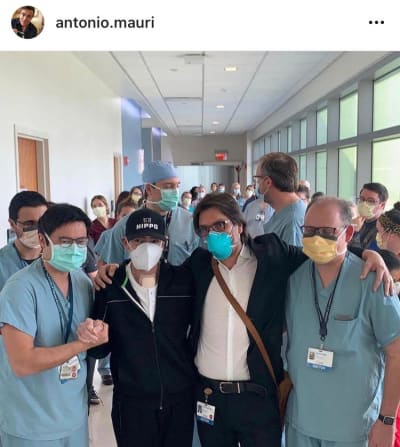 His appearance was much better, since unlike before, seeing him a little pale and tired from his treatment, now the singer also appeared with a big smile, while the color had returned to his face.

Faced with this photograph, which already has more than 12 thousand likes, various comments began to arrive, where users highlighted the notable improvement that Toño Mauri has had just a week after being discharged from the Miami hospital. You can see the photograph here.

Several followers began to arrive at the photograph of Toño Mauri next to Dr. Juan Rivera, where followers denoted the notorious recovery of the actor after 8 months of being hospitalized for complications from coronavirus.

One follower wrote: “I’m glad he recovered in such a fantastic way, God bless you and your family always.”

Another page indicated that without a doubt he looks much better than the previous days: “Toño looks more recovered, good!” 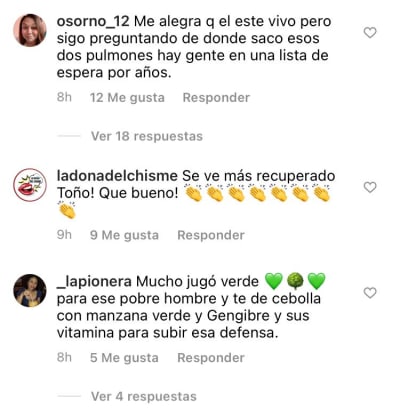 On the other hand, and a user wrote one of the most widely read concerns since his recovery and it was how the actor got lungs in such a short time: “I’m glad he’s alive but I keep asking myself where he got two lungs from, there are people on the list waiting for years ”.

To which a follower writes that it was thanks to the influences of his wife: “With his money, everyone knows that the wife’s relatives are very wealthy people in Mexico,” was one of the many comments that could be read in the Photograph of Dr. Juan Rivera, where you can see the actor Toño Mauri with a noticeable improvement a week after leaving the hospital.

On the other hand, some followers of Dr. Juan Rivera did not take his Photography with the actor Toño Mauri, since instead of talking about the improvement that the Mexican had had, they went against the doctor.

Trending on Canadian News  Sask. constituency borders to be redrawn based on census data

One follower seemed to be fed up with the topic: “Again? Let that man rest, for God’s sake. “

To which another girl responds: “I wonder if he was a simple citizen like many of us, Dr. Juan would have exceeded himself as he does with Toño Mauri.” 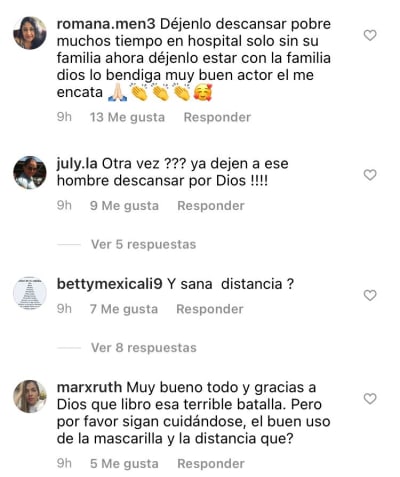 Another user asks that you please let the actor rest: “Let him rest, a long time in the hospital, now he wants to be with his family, God bless him, he looks much better than before” wrote another girl in Toño’s photograph Mauri showing his incredible improvement after leaving the hospital a week ago.