As well as local pride, fourth place is on the line in Thursday’s north London derby, with Tottenham needing a win to close the gap on neighbours Arsenal.

“Arsenal really only need a draw, but I am not sure they are set up to get one – and it certainly won’t end goalless.”

Lawro is making predictions for all 380 Premier League matches this season, against a variety of guests.

Majestic is a DJ, producer and radio presenter who released his latest single, Time to Groove featuring Nono, at the end of April. He also has his own Tottenham podcast, Same Old Spurs.

“If Arsenal come and sit in for a point and let the pressure build in a north London derby at our stadium, it is not going to end very well for them,” Majestic told BBC Sport.

“Equally, if they come out and attack us and leave space in behind, then that is where we can hurt them.

“The atmosphere is going to be incredible because there is so much on the line. I think it is going to be a really tough task for Arsenal manager Mikel Arteta, and this game is really going to show what they are about.

“They have had some great results in the past few weeks – results we never saw coming against Chelsea, Manchester United and West Ham – but my goodness, the rub of the green they have had playing those teams at the right time has really helped them out.

“Everything has gone for them recently but there has got to be a blip in there, and hopefully that blip starts with us.

“I am confident we will get the right result out of the derby but we are then relying on other people to help us out for us to make the top four.

“Chelsea could get dragged into it, but their last game of the season is at home to Watford so they should be OK. If we can beat Arsenal, though, their next game is at Newcastle who have really turned things round under Eddie Howe, and will be playing at St James’ Park for the final time this season.

“I still remember Newcastle beating us 5-1 on the last day of the season in 2016, which allowed Arsenal to finish above us. I wonder if they can help us out this time – but we need to do our bit and win on Thursday first.”

Multi Brit-nominated DJ & producer Joel Corry has joined forces with David Guetta and Bryson Tiller for his new single, What Would You Do?, which is his first release of 2022.

He has just returned from a tour of Australia and the United States that began in March, but has enjoyed following Arsenal’s progress from afar – well, he has enjoyed it most of the time.

“We had those three terrible results in April [defeats against Crystal Palace, Brighton and Southampton] and I was like ‘here we go’. It felt like it was the same old Arsenal – letting things slip after such a good season.

“But since then we have bounced back with some really big wins and the best thing about it is that the top four is in our own hands.

“As long as we can avoid defeat on Thursday, it feels like it’s ours. That’s quite a dangerous way of looking at it though, because it feels like a cup final to me – we have to go there to win it, not just to try to get through it.

“I am quietly confident we will get something out of the game – we are going into it in great form and the manager has just signed a new contract, so the vibe around the club is really good.

“We have to be careful. Tottenham are going to be so fired up for it – they want to beat us so badly. It is all or nothing for them, plus we know Antonio is a good manager and Harry Kane and Son Heung-min are always trouble.

“But it’s nothing to be scared about. I am actually really excited because it is going to be one of the games of the season.”

A correct result (picking a win, draw or defeat) is worth 10 points. The exact score earns 40 points. 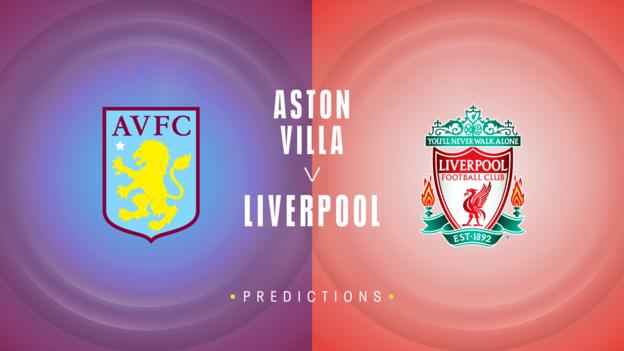 Much will be made of Aston Villa boss Steven Gerrard taking on Liverpool, just as it was when he went back to Anfield and lost 1-0 in December.

I’m more interested in whether Gerrard will go with two up front again after he partnered Danny Ings and Ollie Watkins in his attack in Saturday’s win at Burnley.

It worked well then but it will be interesting to see if he does the same against Liverpool, because that would make it a very open game.

Whatever Villa do, Reds boss Jurgen Klopp won’t change the way his side plays – they will go for it. They will expect leaders Manchester City to keep winning from here, so they have to try to do the same.

Klopp has got Saturday’s FA Cup final against Chelsea to consider but I can’t see him making big changes to his side.

Liverpool lost ground to leaders Manchester City over the weekend but they are still in the title race, and they aren’t going away.

Majestic’s prediction: We stopped City winning the quadruple in 2019 when we knocked them out of the Champions League and I think by drawing with Liverpool on Saturday we might have done the same to them this season. We defended like warriors to leave Anfield with a point, but we had chances to win it too. I think Liverpool react here, though. 1-3

Joel’s prediction: It’s getting to that crunch time of the season and I just feel like Liverpool are going to have an off-day. They still have the FA Cup final and the Champions League final to come but at the back of their minds they must be thinking ‘what if we just end up with the Carabao Cup?’ 1-1 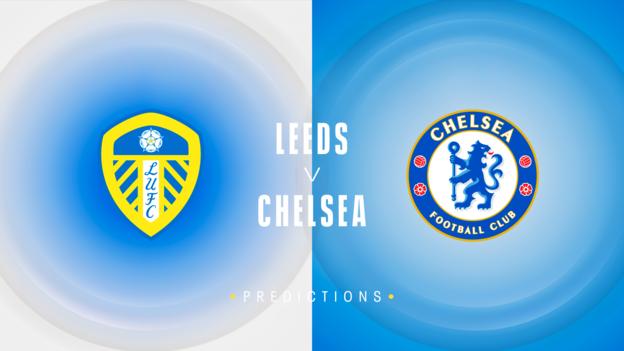 Leeds were frantic and frenzied against Arsenal on Sunday, and it didn’t help them very much.

They might have lost that game anyhow, but to be beaten the way they were was not a good sign for a team that is now in the thick of a relegation scrap. 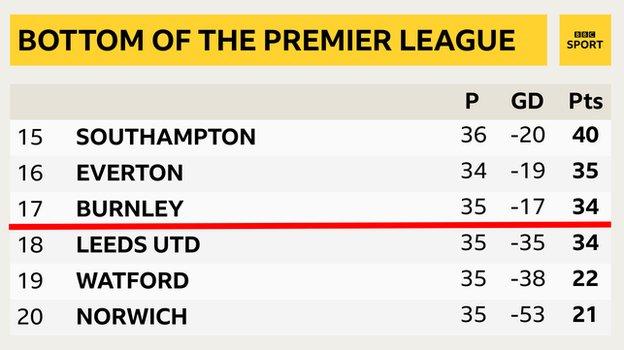 Chelsea are not exactly in convincing form themselves. They threw away a 2-0 lead against Wolves on Saturday and are now looking over their shoulders at Arsenal and Spurs when they should already have their Champions League spot secured.

That doesn’t really help Leeds much, to be honest, because instead of looking ahead to the FA Cup final this weekend, the Blues need to get something from this game.

Chelsea are far from reliable at the moment but they have got some excellent players in their side.

In among the hurly burly I am expecting from Leeds, enough of that Blues quality should shine through.

Majestic’s prediction: This is a huge game, even before you consider the history and rivalry behind this fixture. Leeds really need something and they are at Elland Road. Chelsea are the better team but to make their season a success they will want a trophy so will their minds be on Wembley? 1-1

Joel’s prediction: I know we can still catch Chelsea but after seeing us beat Leeds on Sunday I don’t think Chelsea will have too many problems here. I think they are going to slam them. 1-3 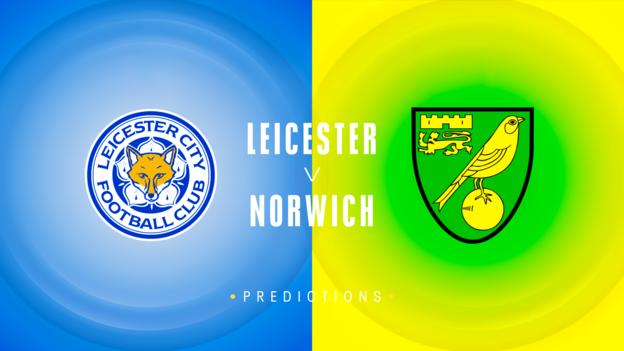 I thought that because Norwich were already down, they might have just gone out against West Ham on Sunday and played with a bit of freedom – but that didn’t happen. Instead, the Canaries just got taken apart.

Leicester lost too, despite putting a strong team out against Everton. I’d tipped the Toffees to win, but that was because I thought Leicester would rest a few players after playing in the Europa Conference League on Thursday.

I was wrong about their line-up but we saw again how Brendan Rodgers’ side just cannot defend set-pieces, whoever is in their side. They should still have too much for Norwich though.

Majestic’s prediction: Leicester have had such a strange season and have not won any of their past five league games, but I can see them making a point with a much better performance here. 3-0 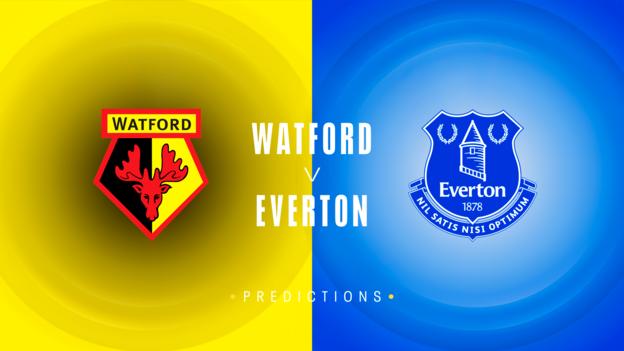 Everton are going for their third win on the spin. If they get it, they would be very close to being sure of staying up – they are playing well anyway, and their application is completely different to how it was earlier in the campaign.

It’s a good time for them to be playing Watford too. We already know Hornets boss Roy Hodgson is leaving in the summer and it appears many of their players are thinking the same thing.

Watford have lost their past 11 home games and I’m not sure they will put up much of a fight.

Majestic’s prediction: Funnily enough I fancy Watford here. Everton are on this great run but they have been so topsy-turvy and I think there is going to be another spanner in the works for them. 2-1

Joel’s prediction: Everton need a win and I think they will get it – there will be some drama though. 2-3 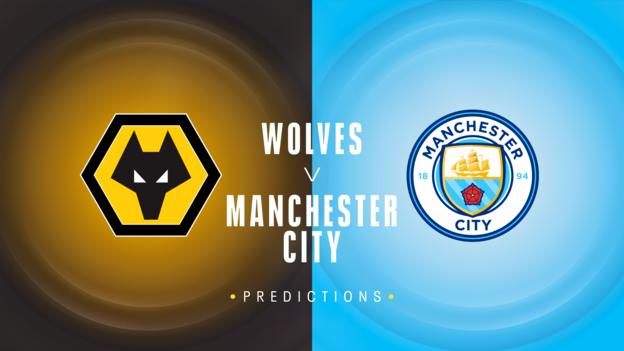 Manchester City are missing a few defenders through injury but, even if Fernandinho has to fill in at the back, I still think they will be OK at Molineux.

I don’t know what has happened to Wolves, because they are usually difficult to play against and I wouldn’t describe them as being that way at the moment.

I know they came back to rescue a draw with Chelsea on Saturday, but that was more down to a wobble by the Blues than anything else.

City’s run-in is probably a little bit more difficult than Liverpool’s, with Sunday’s trip to West Ham probably the most difficult game of the lot, but the Reds have to play an extra game in the next fortnight, because they are in the FA Cup final on Saturday – so I think it evens itself out.

Majestic’s prediction: City are just too good. With the Champions League gone, the title is their only focus and they will go for the jugular. 0-3

Joel’s prediction: Just as with Liverpool’s game at Villa on Tuesday, I just think we will see City slip-up here. 2-2 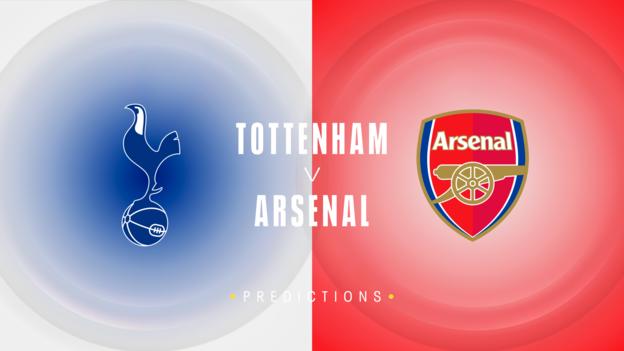 I am not really expecting a good match here in the usual sense because it will be played at 100mph but it will be a good one to watch even if the quality is not there.

Tottenham are the team who have to win, but it is going to be interesting to see how Arsenal approach it. They don’t find it easy to control most games, let alone games like this one where there will be loads of bookings and maybe not much football played.

I don’t actually think there will be that many goals either, and it is very hard to pick a winner.

Majestic’s prediction: Arsenal are going to score, but we are going to win. If we score one, a couple more will follow because that is the way we are at the moment. If we can get in front and they come at us, that is where the gaps come. 3-1

Joel’s prediction: I see a lot of goals, and a lot of drama but of course I am going to back Arsenal to come out on top. I fancy Eddie Nketiah to score again, because he is on fire at the moment. 2-3

How did Lawro do last time?

Last weekend, Lawro got four correct results from 10 Premier League matches, with no exact scores, for a total of 40 points.

He was beaten by Bobbie Vylan from grime-punk duo Bob Vylan, who got five correct results, with no exact scores, giving him 50 points.

Trending on Canadian News  'Once in a lifetime opportunity': Teenage Air Cadets get rare flight aboard RCAF Hercules
Published On May 10, 2022
By thecanadian
Categories