Twenty-one-year-old Ryan Douglas has completed marathons in the past, but his latest effort is the longest yet.

The Wilfrid Laurier business student ran 102 km in a single day on Saturday – traveling around the Golden Horseshoe, from Niagara to downtown Toronto – to raise money for those experiencing homelessness.

He said his final time, not including stoppage, was 12 hours and 28 minutes.

Douglas battled injury and exhaustion during the journey.

“My toe started to feel sore. When I took my socks off when I got home yesterday, it was pretty thick to look at,” Douglas told CTV Kitchener on Sunday.

His run was part of the Horseshoe for the Homeless campaign, an initiative his founded in partnership with the charity Raising the Roof after witnessing homelessness in Kitchener-Waterloo.

“Just seeing the problem that homelessness presented in the region… I thought ‘how can I attach a deeper cause and rally a community to really make an impact here,’” he explained. 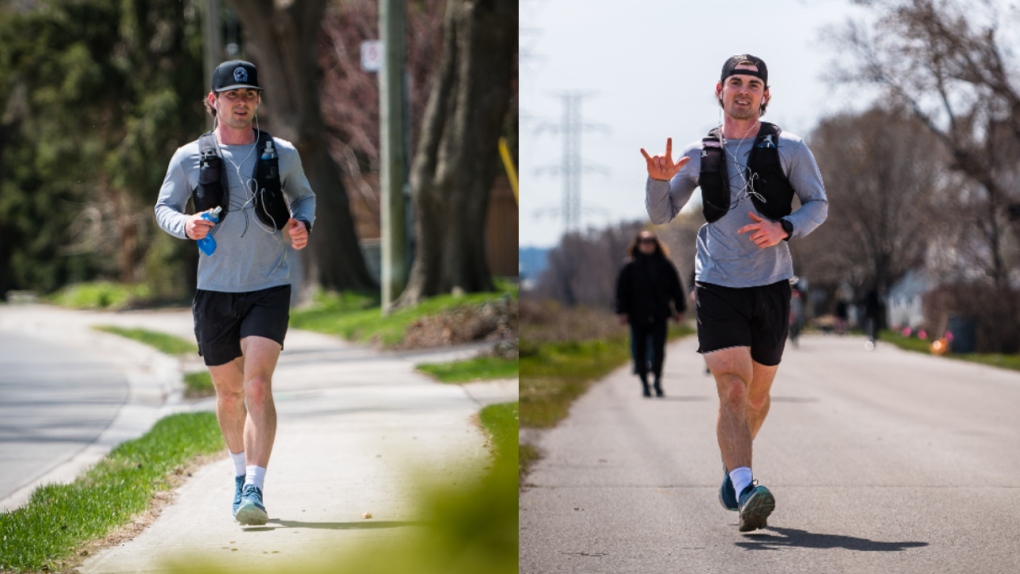 His campaign has already raised more than $6,000 for Raising the Roof, a charity that helps fund building conversions for affordable housing and works with partner agencies across the country.

“Ryan reached out to us, and we were really grateful that he chose to partner with us and to really provide long-term solutions to homelessness,” said Leslie Bellingham, director of resource development at Raising the Roof.

Douglas said he hopes his story will inspire others to make a lasting impact in their communities.

“There’s no impact that’s too small. And we’re all working toward the same goal here of really supporting those who struggle on a daily basis,” he said.

The Horseshoe for the Homeless campaign is still collecting donations through the Raising the Roof website.

Douglas said he sees himself attempting longer runs in the future and possibly competing in triathlons.

Whatever happens next, he plans to continue giving back to his community.