Some Queen’s University students did not expect them to begin their school year to receive significant subpoenas from Kingston police and ordinance officers.

But that’s the reality after large illegal parties were thrown in the University District over the Labor Day long weekend.

Some of those parties, Kingston police confirmed, had 3,500 to 5,000 people in attendance at various times.

In addition, 53 fines were distributed for open liquor.

The Kingston Police Association tweeted its frustration on Labor Day, saying, “Our officers have been thrown bottles / attacked and outnumbered by the thousands. IT IS NOT AFE NOR SUSTAINABLE. The behavior of the students is predictable, but everyone is surprised ”.

Our members are true professionals! Your patience is pushed beyond the limits with @queensu. Our officers have had bottles thrown / attacked and outnumbered by the thousands. IT IS NOT SAFE OR SUSTAINABLE. Student behavior is predictable, but everyone is surprised. https://t.co/apDbPpTZd3

Students are reminded that the College District Safety Initiative remains in effect until September 19, 2021.

This app is a combined effort by the city, the police and Queen’s to control large groups.

“Frankly, I am appalled at the amount of behavior that I have seen in the last week,” says Kingston Mayor Bryan Paterson.

“It is dangerous. It is a lack of respect for the community.”

The mayor says he is hopeful the zero tolerance message will be heard now that fines have been issued.

“We have handed over more than $ 100,000 in fines in the past few days and are discussing ways to further increase enforcement as needed.” 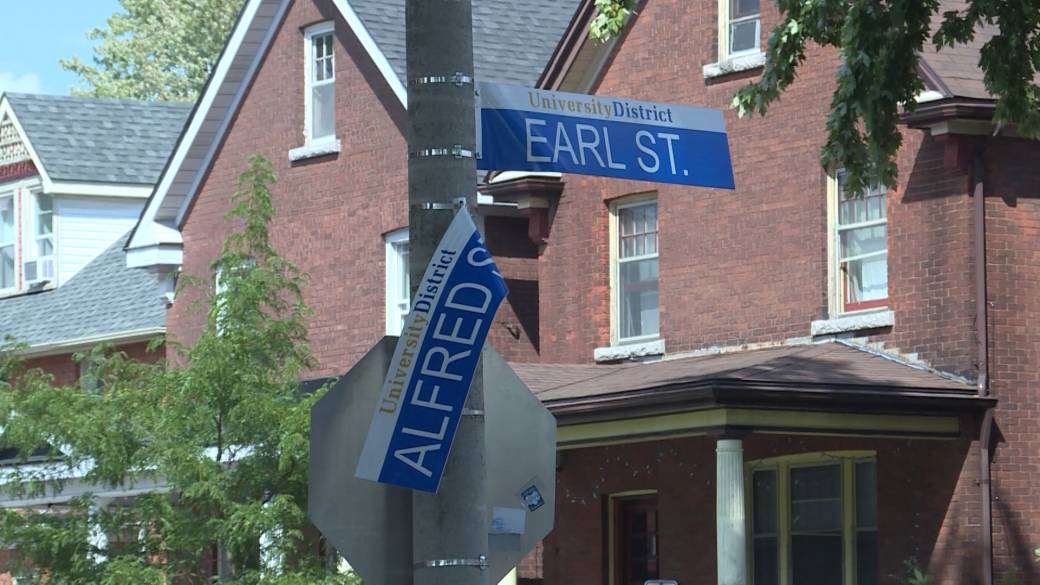 1:44The street parties of the university district have thousands of attendees

The street parties of the university district have thousands of attendees

Queen’s University issued a statement saying the university does not tolerate behavior that puts others at risk and is very concerned and disappointed.

“We are aware that local law enforcement and city charter charges have already been filed and will work with our partners to refer students to us for prosecution under our student code of conduct,” reads the statement from Principal Patrick Deane. .

“Cases considered under the student code of conduct can face a series of sanctions, including expulsion.”

Police remind residents to avoid large gatherings and say crowds put inexcusable strain on the resources of all community partners, be it police, statutes, paramedics or hospital staff.