When a piece of aqueduct bursts in the middle of the night and at -30 ° C, Terry Perrier must get wet. “Once, when it was very cold, I went down into the hole. I was completely sprayed, but I had no real choice: it is either that, or we turn off the water of the street completely ”, he explains in a room of the factory of wastewater treatment, while the first storm of winter is raging in Témiscamingue.

Mr. Perrier is the director of public works at Kebaowek, an Anichinabe reserve of about 300 souls in the far west of Quebec, near the Ottawa River.

His village is equipped with practically new drinking water production and wastewater treatment facilities. However, the analysis of an independent consultant revealed in 2019 that Indigenous Services Canada (ISC) only funds 33% of Kebaowek’s needs to ensure the operation and maintenance of its infrastructure, while the federal contribution is supposed amount to 80%.

The deficit in Kebaowek illustrates a problem of pan-Canadian scope highlighted by an academic and media consortium led by the Institute of Investigative Journalism at Concordia University, including the University of Quebec in Montreal, APTN News and The duty are part of.

“Considering the money that I receive [du gouvernement] and the money I spend to operate the installations, I am in deficit, explains Mr. Perrier. It is therefore up to the band council to find the money elsewhere. “

A stone’s throw from the plant, the wastewater settles in large aerated basins. The waste falls to the bottom of the artificial ponds, while the treated water takes the path of Lake Kipawa.

At the beginning of December, Terry Perrier receives a visit from Marc Lemay. This itinerant trainer, employee of the Mamit Innuat tribal council, but paid by the federal government, regularly visits six indigenous communities in Quebec to provide assistance to water technicians.

A pipe that is normally used to convey an additive to the ponds is blocked. The product simply froze inside. “I can’t join anything to the hose attached to the pump, it’s too short,” said Mr. Perrier. And buying a new one is damn expensive! “

With 35 years of experience, Mr. Lemay suggests some possible solutions. Often, he is the only interlocutor who understands the concerns of the technicians on his circuit.

“The main challenge for technicians is knowing how to wear all hats,” explains the trainer. This is essential for operating the facilities in a small isolated community that does not have access to specialized staff. “

Financing the operation and maintenance of water infrastructure has been a long-standing concern in Kebaowek.

In 1999, the Anichinabe administration wanted to replace its wastewater treatment facilities, which were then deficient. Lance Haymond, the current head of the band council, reports that, as proposed by a federal official at the time, an experimental technology developed by the Center de recherche industrielle du Québec (CRIQ) was implemented.

It was a system usually used to treat pig manure, but specially adapted for a residential context. The wastewater had to pass through a bed of wood chips, bark, peat and microorganisms that trap and break down pollutants.

Quickly it became evident that the new plant involved much higher operating costs than expected. The filter material, supposed to last 8-10 years, had to be changed every 3-4 years, according to Perrier. The last replacement cost about $ 250,000.

After just a few years, “we had to get rid of this technology because it did not meet our needs,” says Chef Haymond.

Since 2017, Kebaowek has had a new wastewater treatment plant, funded at a cost of $ 9.8 million by Ottawa, and which is cheaper and easier to use. The fact remains that the maintenance of public infrastructure suffers from a lack of funding.

In 2019, Kebaowek participated in a pilot project of the Assembly of First Nations (AFN) and the AFN Quebec-Labrador. Consultant Marie-Élaine Desbiens assessed the condition of all public infrastructure – roads, aqueducts, school buses, etc. It then calculated the maintenance costs to optimize the lifespan of these installations.

Trending on Canadian News  $5M for the industrial-port park 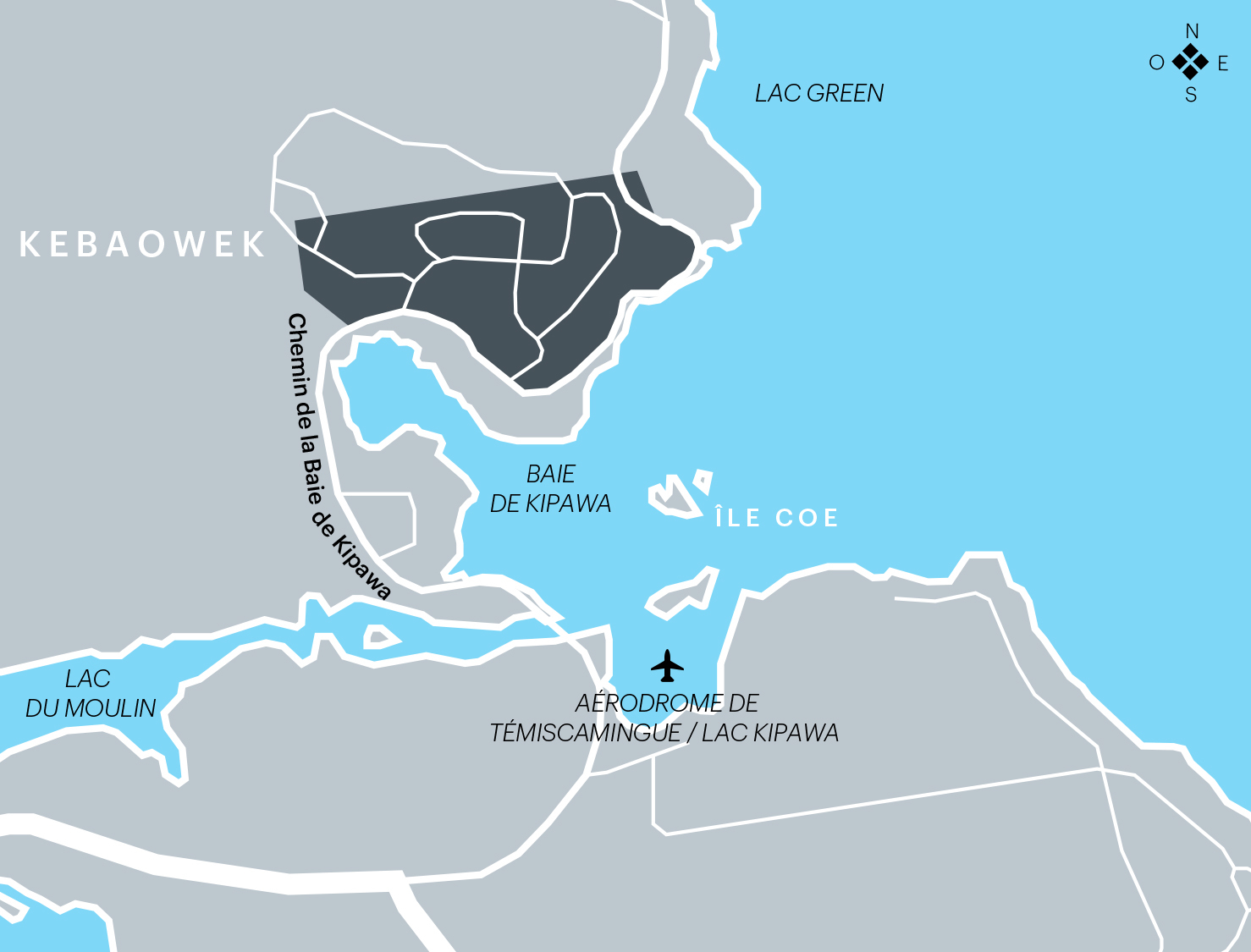 This initiative is part of the AFN’s desire to see Indigenous Services Canada allocate its funding under the principle of “asset management”. It also ties in with new investments from the federal government (see other text).

Although Mr. Perrier was aware of the problem, the size of the deficit surprised him. To derive optimal benefit from all of the reserve’s infrastructures, annual operating and maintenance costs should amount to $ 1.3 million, compared to $ 450,000 in 2018-2019.

“We did an exhaustive exercise,” says Mme Desbiens, who is convinced that she has not overestimated the needs. According to her, the authorities in Kebaowek would gain, for example, by further examining their sewer network. This allows for targeted repairs and postpones the complete rebuild of the system.

The main challenge for technicians is knowing how to wear all hats. This is essential for operating the facilities in a small isolated community that does not have access to specialized staff.

The effects of the shortfall are subtle, explains Chef Haymond. Members of the community do not suffer directly from this, apart from some repairs that take a little longer than expected. It is especially the staff who suffer.

Terry Perrier also has trouble retaining the right technicians. The salary plays a big part, but so do the social benefits. Not to mention the isolation of the community, a four hour drive from Ottawa, which makes it more difficult to recruit candidates from outside.

During the visit to the drinking water plant, Mr. Perrier touches each of the components, the role of which he explains. He speaks as if the gigantic plumbing work is an extension of his body. The chief technician agrees: this factory is a bit like “his baby”. Currently 55 years old, he intends to retire in the summer of 2023. Who will dare to get wet to replace him?