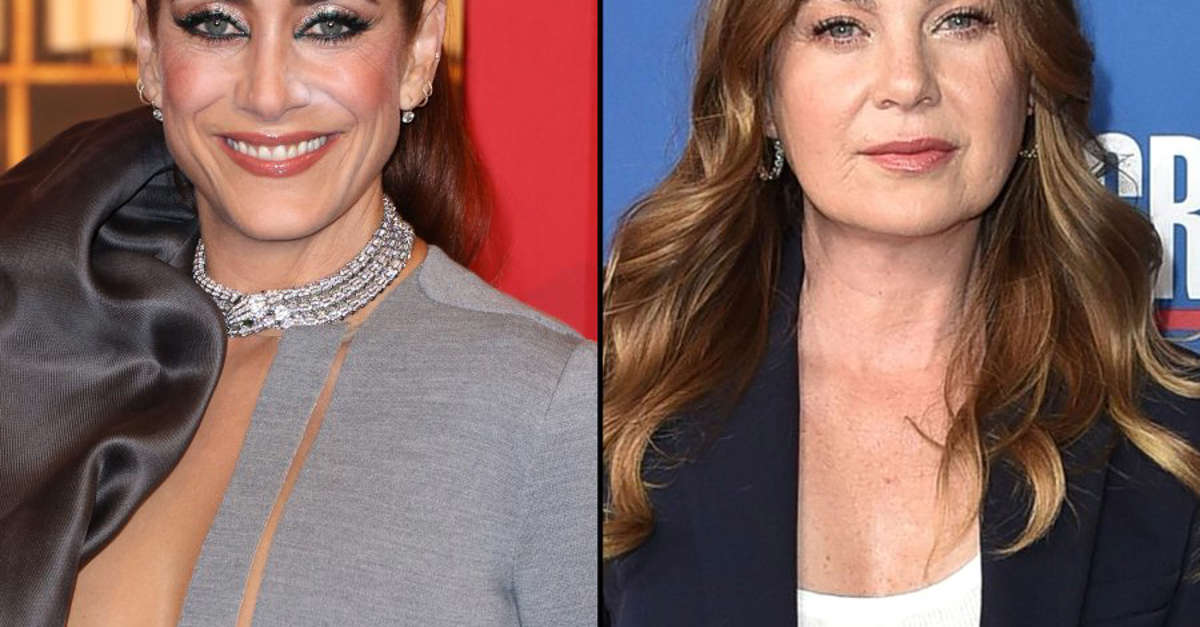 Is it time to say goodbye to Meredith Grey? Ellen Pompeo has hinted several times that she would be fine with Grey’s Anatomy coming to an end, but the TV show continues to live on. The medical drama premiered on ABC in 2005 and Pompeo, has played the titular character, Meredith Grey, since the show’s debut and remains on the show alongside her fellow original cast members Chandra Wilson (Miranda Bailey) and James Pickens Jr. (Richard Webber). In 2022 the series was renewed for a nineteenth season. “I didn’t ever think that I would stay on the show this long,” the actress said in an interview with Variety in April 2020. “It happened, and here I am. It’s been this incredible platform for me and allowed me to stay home with my kids so much and not travel and have the circus life of an actor.” In 2018, the medical drama’s leading lady spoke to The Hollywood Reporter about her battle with the network for more money and contract negotiations with her former costar Patrick Dempsey. “For me, Patrick [Dempsey] leaving the show [in 2015] was a defining moment, deal-wise. They could always use him as leverage against me — ‘We don’t need you; we have Patrick’ — which they did for years,” the actress revealed to THR. “At one point, I asked for $5,000 more than him just on principle, because the show is Grey’s Anatomy and I’m Meredith Grey. They wouldn’t give it to me.” Dempsey ended up exiting the show in April 2015 after portraying Derek “McDreamy” Shepherd for nearly 11 years. After years of dedication, Pompeo went after what she wanted and what she deserved — a hefty pay increase and producer credits. According to a report from Forbes in 2020, the television star earns $550,000 per episode but also receives about $6 million per year from syndication profits, producing fees and office space on the Disney lot for her Calamity Jane production company. The mastermind behind the iconic medical show, Shonda Rhimes, said alongside Pompeo on several occasions that the long-running drama will end when the actress decides to walk away. “We’re getting there. Shonda and I will make that decision together,” the Catch Me If You Can actress exclusively told Us Weekly in May 2018. However, Rhimes took a step back and handed over showrunner responsibilities to executive producer Krista Vernoff when she decided to leave ABC to work for Netflix in 2017. Now, Vernoff has complete control of the series and will ultimately decide when it will be time to end the show. “I’ve been trying to focus on convincing everybody that it should end,” Pompeo told Insider during an interview in December 2021. “​I feel like I’m the super naive one who keeps saying, ‘But what’s the story going to be, what story are we going to tell?’” The Massachusetts native, who has been playing Dr. Meredith Grey on the ABC series for 16 years, noted that no one else seems to be worried about the storylines. “Everyone’s like, ‘Who cares, Ellen? It makes a gazillion dollars,’” she added. After the season 19 renewal, she said the creative team was considering how Grey Sloan Memorial Hospital could live on without her. “Listen, the show speaks to a lot of people, and the young people love the show,” she told Entertainment Tonight in May 2022. “It’s inspired so many generations of healthcare workers, so, I think for the young people, it’s a really good piece of content and we’re going to try to keep it going for the young people, not necessarily with me, but keep it going beyond me.” In August 2022, it was reported that Pompeo would have a reduced role in season 19, appearing in just eight episodes. She will continue to executive produce and narrate each episode. Scroll down to see everything that Grey’s Anatomy stars have said about the show continuing without Ellen Pompeo: