A group of local theater artists staged a play in Churchill Square on Sunday to show how Ukrainian culture has been under Russian assault for centuries.

Inna Ivchnko, a Ukrainian theater program director, told CTV News Edmonton that artists wanted to highlight the current Russian invasion of Ukraine and connect it to the greater history of conflict between the two states.

“Our rally today is here to represent how for the last 400 years Russians destroyed our language, our culture, bans all Ukrainian performances, Ukrainian poetry, Ukrainian culture for more than four centuries,” Ivchnko said.

The event also collected donations to support the fight in Ukraine and cultural groups in Edmonton.

“Ukrainian culture and language is in our blood, our DNA,” she added. “We want to show (it) to everyone.”

The short play was put together and brought to life by local artists to show how despite the best efforts of Russia starting in 1627, the Ukrainian language and culture survived. 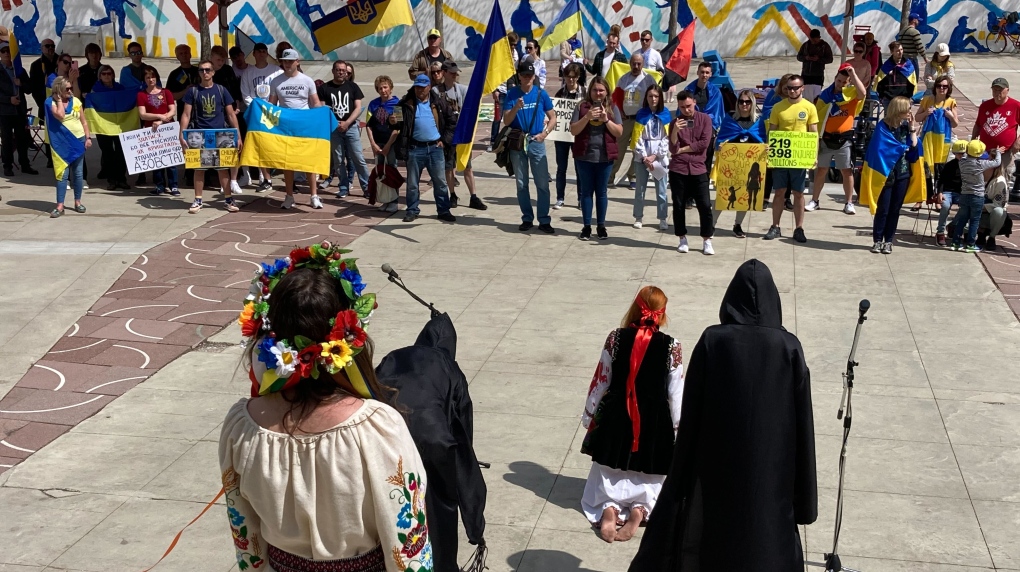 Local Ukrainian artists act out a play showing the history of the Ukrainian language and culture on Sunday, May 22, 2022 (CTV News Edmonton/Dave Mitchell).

“They are saying we don’t exist,” she added. “They (the Russians) say they made Ukraine, but it’s not true.”