Icíar Bollaín always knows where to look. He anticipates the debates that we will later have as a society. He spoke of mistreatment when they were just events in a corner of the newspaper in I give you my eyes; made a film about conciliation when the word hardly existed. Now look at a thorny issue, the coexistence in the Basque Country after ETA terrorism in Maixabel.

An overwhelming film that presents a contest in the San Sebastian Film Festival and where it tells the real story of Maixabel Lasa, the widow of Juan Mari Jáuregui, who had the courage to sit in front of her husband’s murderers to ask them why, but also to get ahead. Blanca Portillo and Luis Tosar are the protagonists of this film that promises to open debates and excite from Friday, September 24, when it hits theaters after passing through the Zinemaldia.

What an emotional whirlwind. How has this trip been as a creator and as a person?

Well indeed it has been a great journey to get close to Maixabel, who is a luminous woman, to her daughter, and to all that reality that if you are fortunate that the terror of ETA has not touched you closely because they are things that you read or that you have lived as a citizen, but without touching you, and it has been very intense. Very emotional all from many sides. It has been an emotional drain, but very rich, what you have cried watching it I have cried while doing it.

But it is not manipulative, it is not sentimental.

The movie is stark. The script is very austere. Music does not seek to underline. But the subject is so emotional, we are touching such deep things, that this is there … First we see the attack and the consequences for the victims, and you live it with them, which is devastating. Then there is the journey that Maixabel makes to these men, to whom he wants to tell what they have done to him, but there is also the journey that they make from where they come to sitting in front of the victim and telling him that they realize what they have done And that it was wrong, that it was atrocious. All this is so emotionally charged … we have tried to tell it truthfully. Truth towards those people, being glued to that reality.

The film forced to choose a narrative point of view, but I don’t know if it was also an ideological one.

For us the axis is Maixabel, and what we have taken into account is what the meetings consist of and what they were for, and that they were personal and individual. One person sits down to talk to another about what they have experienced. The victim can say what he wants to the perpetrator, and the perpetrator says how it has changed, and if you stick to that, everything else is implicit, you don’t have to position yourself, but the film positions itself with the victims and as a denunciation of horror of ETA, but having said that, then you have to follow the essence of the meetings that are personal.

The film is positioned with the victims and as a complaint of the horror of ETA, but having said that, then you have to follow the essence of the encounters that are personal

Maixabel says something very important, that listening to these dissident ETA members is powerful, because there is nothing that discredits ETA more than their testimony.

There is a dissidence, but there is not so much eh, in Nanclares there were twenty-odd of 800 prisoners of the gang. But there was dissidence, and what they say in the interviews is devastating, because they themselves have realized that their leaders are mediocre, that they could not say anything, that they have committed atrocities, and that had to be told, who they were. , because we know very little about the whole world of dissent, and what Maixabel says is true: they are the greatest delegitimizers of ETA’s violence.

Yes. One thing that Maixabel’s daughter says must be put into context, and that is that they do not represent anyone. Only 11 matches were made. Not all of them wanted or were not suitable, and we had to put this in context, because these two people are not representative, they are very few, and we talked about them.

What it was like to shoot those encounters, which are the core of the film.

They were shot whole, I asked the actors and they said whole. They were 12 or 14 minute takes and they didn’t want to break them and we were all out of breath. 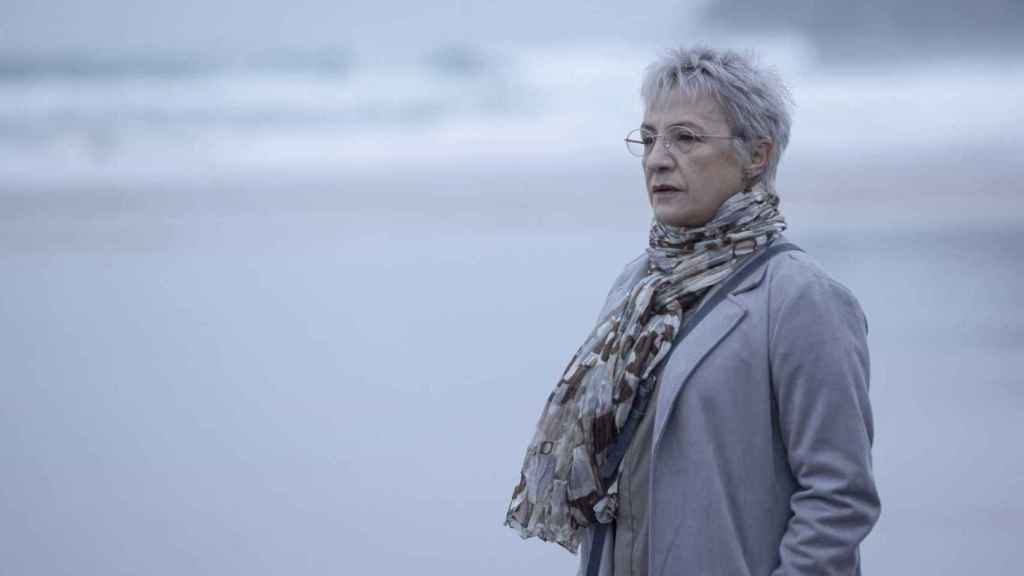 I imagine that having two beasts there like Blanca Portillo and Luis Tosar gives security.

They are two monsters. They did a very nice thing. Blanca and Luis did not know each other before filming, and Blanca told me “I would like it if it were possible not to see Luis until the day of the meeting”, and I said yes. They only have 3 or 4 scenes, so technically it was possible and it was a great idea and they brought a truth. Luis thought it was great and production organized it to avoid meeting until then. So, to the weight of that scene, which is the heart of the film, add the nerves of meeting for the first time, that element of surprise that I think filled the scene with a kind of solemnity for the team.

Many years have passed since the end of the violence, but it is still a thorny issue, it is difficult to deal with it, although it seems that in fiction there has been a thaw.

Because it is very painful … how could it not be, there are a thousand victims of ETA … I had not been there that long and you realize that there is still a trauma. There is a lot of pain and a lot of hatred in certain sectors, and it is difficult to speak about it. You have to talk about it and you have to tell it. I’m really happy because I think Homeland he opened a melon talking about the victims, because they talk about them but they are not known, it is not known what they live. This film talks about the victims and those dissident voices, that there were any, and that they complete the story. It is that they were five decades of horror and there is much to tell.

The issue of ETA is very painful … how could it not be, is that there are a thousand victims. There is a lot of pain and a lot of hatred in certain sectors

We are in a moment of tension, where ETA continues to be used politically. To the series of Homeland it was even attacked. Are you afraid that it could happen?

Yes. You know that everything is tense, but this story has one thing, and that is that it is real and that I think is incontestable. That a woman who has suffered in her flesh the violence of ETA wants to contribute to coexistence in her place and give a second chance to people who have made a journey, who have recognized the damage caused, and who has the empathy to sit in front of them … I think that cannot be criticized. It is an exercise in humanity. That does not mean that everyone has to do it, or that no one is better or worse for doing it, but it seems to me that it has enormous humanity. And giving a second chance is even something Christian, I think it is unbeatable. In addition, it is that this did not mean prison benefits for them.

Maixabel hasn’t warned you? He hasn’t told you, eye Icíar, that they already hit me on one side and the other.

We are aware that there are people who will. It is difficult to see the human face of these men, and it is understandable because they have done heinous things. And I do not want to see the human face of the terrorist who appears in a tribute, but to these men who have made a journey and a self-criticism, yes, to know why. And when you meet him, you realize how delegitimizing they are of eta. They are the biggest critics of ETA.

I do not want to see the human face of the terrorist who appears in a tribute, but these men who have made a journey and a self-criticism yes

Yes. I could not see it with her, it was not quite finished and the producer took her to his house. I think he was very moved, but since it is very empty and very austere, he called me and said ‘very well little you have left’. Maixabel is very good. Already when we have seen each other we have given each other a very warm hug.

Has Ibon seen her?

No. Not yet. It was offered to him but he prefers to see it in the movies. Yes, Luis Carrasco has seen it, that he liked it and that it seems important that it be seen.

I have the feeling that in Spain, both with the Franco regime and with ETA, we are afraid to look back, we prefer to be like those donkeys that have their eyes covered on the sides and only pull forward because it scares us to look at the past.

Yes. It’s that 20-year-olds don’t know what ETA is, and that seems terrifying to me. We need to know what has happened, among other things so as not to repeat it, so that it is not a temptation, so that any radical independence initiative knows that violence is not an option. In that sense the film is devastating, violence is never the way. But it is also happening in the Basque Country, that people in their 20s have heard something about ETA but not much, and it is that it has been five decades of terror.

His films anticipate debates that are later on the social agenda. Step with I give you my eyes, and then with Mataharis, which I think is a film that we must vindicate, because it spoke of conciliation when people did not even use that word.

There was no talk of conciliation then it is true. The reconciliation of Mataharis is that I was living it, sunk in nonconciliation. I don’t know … These are topics you want to know more about. For example, with Maixabel, I have heard many times people from the Basque Country talk about coexistence, the story, which is something Maixabel always tells me. Who is going to tell what happened, how is he going to do it … and making a movie is a way of discovering, of getting closer. And it happened to me with I give you my eyes. There was news and I said, why, why does a man pound on a woman he says he loves. And those movies come out of those questions, and I think that’s why they might get ahead a bit, because I ask myself questions.

So far he has resisted platforms and series.

I want to do! I have proposed things that have not come out. I’m looking forward to it, but platforms are another world. It is that it is not only that you propose it is good, but that it suits them, that is what they are looking for, for the target they need … I feel that in the cinema, when you have a good script, it comes out ahead, and the series have different scales . So there we are, but I hope it does come out.