As the world looks for new modes of transportation, engineering students showed off their best ideas for hyperloop technology Sunday at the Region of Waterloo International Airport.

It was the first time university hyperloop design teams from around the world came together at the University of Waterloo’s test track to compete and showcase their designs.

WHAT IS HYPERLOOP TECHNOLOGY?

Hyperloop is a concept for ultra-fast travel being explored by engineers around the world as an alternative for transporting both humans and goods. Essentially it’s a pod, traveling through a vacuum tube, which takes away air friction to allow for much faster travel. 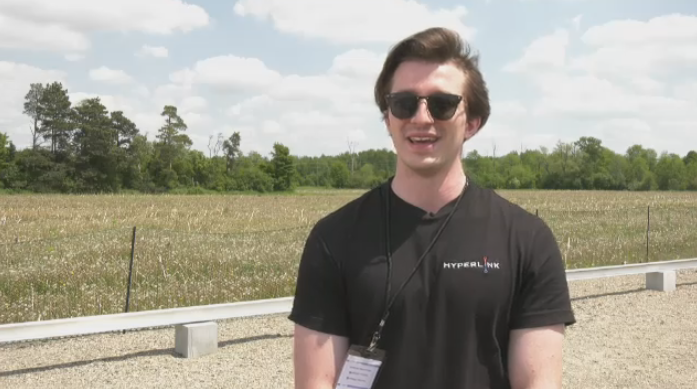 Martin Bielicki, a member of Team Hyperlink from Queen Mary University of London in the United Kingdon appears during an interview with CTV News.

“The vision is to have quick manufacturable and sustainable transportation for the world,” said Martin Bielicki, a member of Team Hyperlink from Queen Mary University of London in the United Kingdom. “Hopefully we’ll be building that future by participating in competition like this.”

WHY IS THE UNIVERSITY OF WATERLOO’S TEST TRACK SO IMPORTANT?

Hyperloop teams have little access to testing tracks. That’s why teams from around the world came to check out the track designed by a University of Waterloo student at the airport in Breslau.

“We have some other components like propulsion electronics, we demonstrated that yesterday,” said Bielicki. “But today we’re looking at other teams demonstrating and seeing what they develop.”

Various teams are exploring hyperloop technology through hanging designs, levitating designs and wheeled designs – that diversity of approaches allows the different groups to learn from each other.

Now that the university has the track set up behind the airport, they hope to expand it to allow for more research.

“The next step after this, [is] exploring a tube option with a low pressure environment. So that’s probably like a couple years down the road. But this marks a good day for hyperloop in Canada,” said Ben Busca, infrastructure team lead with the University of Waterloo. 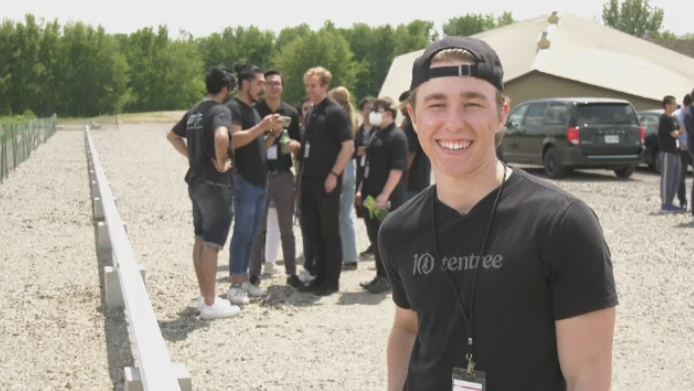 Ben Busca with the University of Waterloo says Sunday was “a good day for hyperloop in Canada.” (CTV Kitchener)

Students at the event on Sunday hope their designs can help push the technology forward and one day land them a job in the industry.

“Hyperloop is fantastic because it overcomes sort of the final frontier of transportation, which is ultimately air resistance,” said Shelby Bone, a member of Team Alberta Loop from the University of Alberta.

“It’s kind of a niche thing still, and it’s a very nerdy thing to do honestly,” said Bielicki. “So it’s really fun to come here and actually be able to bounce ideas off of each other’s heads and see what others have developed and how they approach different problems.” 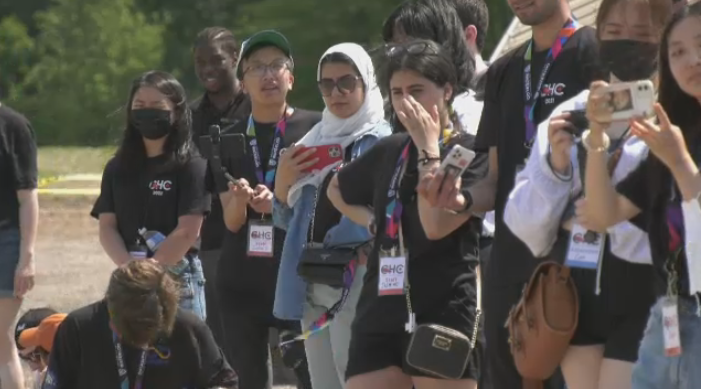 Organizers say without events like this, the technology won’t have the support it needs.

“If there’s no competition, there’s nothing driving innovation,” said Defne Dilbaz, co-director of the Canadian Hyperloop Conference. “There is nothing they can look forward to.”