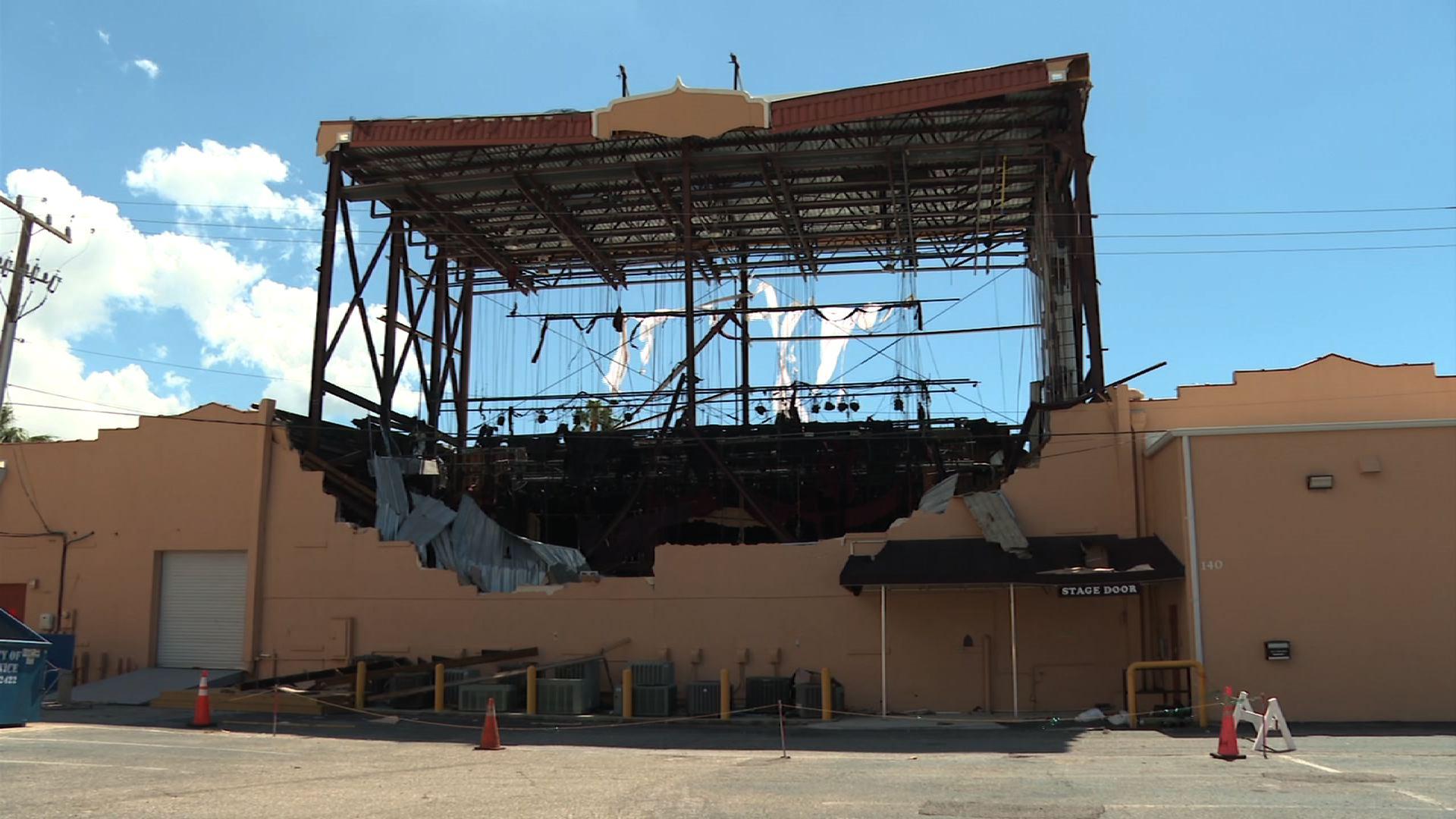 SHOTLIST:RESTRICTION SUMMARY:ASSOCIATED PRESSVenice, Florida – 1 October 20221. Wide of damaged theater2. Street sign laying on ground3. SOUNDBITE (English) Shannon Trammell, Venice, Florida resident:++PARTIALLY COVERED++?”I mean, 7 p.m. It started getting the craziest. That was, right before that was when a tree fell on our house and then we lost power. So from then on it was just insane. We all decided to just snuggle up and go to sleep and hope for the best. The winds were really loud and right before I went to sleep, my final text came through from my friend in Texas saying that the theater was destroyed. So that was a really hard thing to swallow right before trying to go to sleep.”Various of damaged theater4. Various of damaged mobile homes5. SOUNDBITE (English) Fred Sauler, Venice, Florida resident: ++PARTIALLY COVERED++?”Almost anything that’s aluminum is on the ground or laying down, and people are helping out everybody and contacting people that aren’t here yet. And they’re coming down next month or so. Uh. But yeah, everybody just kind of making sure everybody’s okay.”6. Various of damaged building7. SOUNDBITE (English) Shannon Trammell, Venice, Florida resident: ++PARTIALLY COVERED++?”We’re a really strong, like, tight knit community. So I know that Venice is going to pull together for one another. It’s just, you know, the main thing like we talked about is the theater. That’s really just a big, big shot in the heart.”8. Various of damaged theaterSTORYLINE:Hurricane Ian, one of the most powerful storms ever recorded in the U.S., swamped southwest Florida on Wednesday, turning streets into rivers, knocking out power to 2 million people and threatening catastrophic damage further inland.The hurricane’s center made landfall near Cayo Costa, a barrier island just west of heavily populated Fort Myers.In Venice, heavy winds caused extensive damage to the Venice Theater. Video shows the the roof partially ripped off leaving the stage exposed.Shannon Trammell says the loss of the theater is devastating to the Venice community.At the Bay Indies trailer park in Venice aluminum is piled all over the community as residents like Fred Sauler begin to clean up.Ian’s strength at landfall tied it for the fifth-strongest hurricane when measured by wind speed to strike the U.S. Among the other storms was Hurricane Charley, which hit nearly the same spot on Florida’s coast in August 2004, killing 10 people and inflicting $14 billion in damage.—-AP Video shot by Cody Jackson===========================================================Clients are reminded: (i) to check the terms of their licence agreements for use of content outside news programming and that further advice and assistance can be obtained from the AP Archive on: Tel +44 (0) 20 7482 7482 Email: [email protected](ii) they should check with the applicable collecting society in their Territory regarding the clearance of any sound recording or performance included within the AP Television News service (iii) they have editorial responsibility for the use of all and any content included within the AP Television News service and for libel, privacy, compliance and third party rights applicable to their Territory.