the “Frenchsicle,” made in collaboration with Happy Pops, was given away Friday afternoon at a popup location near Seacliff Beach.

“It’s exactly what I thought it was going to be,” said Leamington resident Roy Hyde. “I was super skeptical coming in. I’m still super skeptical. It’s like frozen ketchup. It really is.”

Others said it tasted like a Caesar or tomato juice, noting a hint of spice in the first frozen bite.

“Yeah, the first one was a little shocking,” exclaimed Jenn Hyde. “You get that taste of ketchup but it’s not too bad actually, surprisingly!”

Hyde added, “We actually just moved to Leamington so this is like a rite of passage for us we had to do the ketchup thing.”

Some people arrived with coolers in hand, hoping to stock up or share some with others.

Leamington resident Roger Jaarsma approved and told CTV News, “I think it tastes like a Caesar. It’s spicy. I think if you look at it you’re expecting strawberry but it’s salty and spicy. It’s nice.” 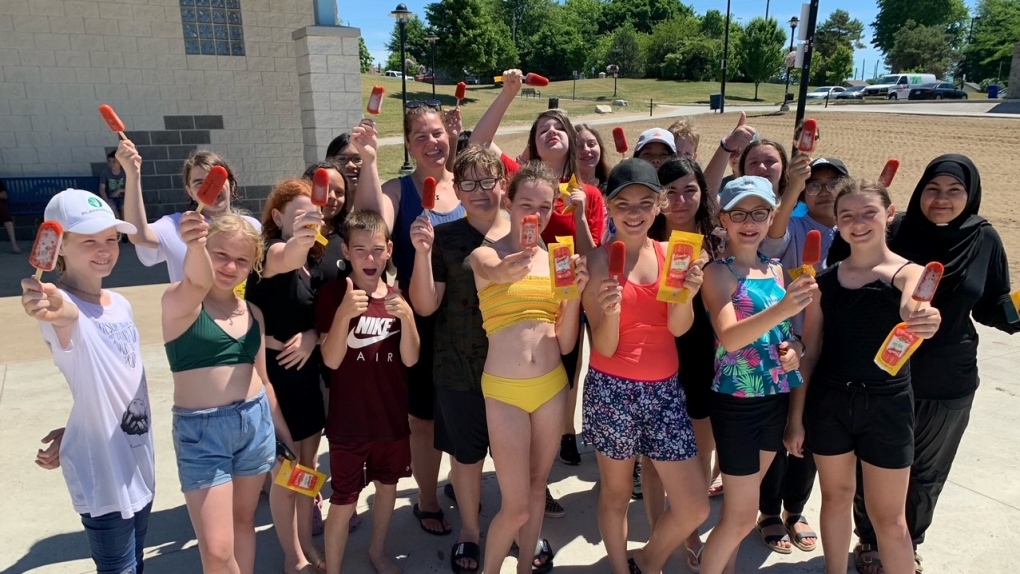 Hundreds of people stood in line in order to try the ketchup-flavored “Frenchsicle” popsicle in Leamington, Ont. on June 24, 2022. The popsicle was a hit hit amongst those who tried the frozen treat. (Christopher Campbell/CTV News Windsor)

The tomato-based popsicle was only available with limited supplies with French’s telling those who missed out to find the recipe on their website.

The company said the Frenchsicle’s “savory tomato flavor is perfectly balanced with a hint of salty sweetness” and is made from 100 per cent Canadian tomatoes.

“French’s ketchup is made with 100 per cent Leamington area tomatoes. So it’s a very important place for French’s and that’s why we wanted to come here,” the company added.

To honor shared Canadian heritage, for every Frenchsicle given away, French’s will donate two meals to Food Banks of Canada to address food insecurity while expanding the partnership that began in 2015.