Love was everywhere in Yonge-Dundas Square when Keri Tingling and Justice Mounsey got together for their first date. The couple walked past the flashing billboards in the heart of downtown all the way south to the boardwalk, gazing out over the city and at each other.

Seven years later, they returned to the square, this time to take their wedding photos.

The newlyweds have deep roots in Toronto: Tingling moved here to earn three college degrees, while Justice arrived with a dream of opening a gym. Now she is a nurse practitioner and he works in marketing for the city.

“We both love Toronto,” says Mounsey. “It is where we have grown up together.” The couple have spent most of their weekends exploring the city’s eclectic neighborhoods on their bikes. Their urban expeditions have taken them to numerous festivals and concerts. One Halloween, they even dressed up as streetcars: him as King 504 and she as Queen 501.

Marriage had been on their minds for some time when he finally proposed to her on a 2018 Caribbean cruise. The two were posing for a photographer when Mounsey unexpectedly got down on his knees; she said yes, of course, to much applause from the viewers. Once they had calmed down, they went straight to a comedy show.

Each brings something unique to the relationship. It is spontaneous; loves the structure. It is sensible, even in the most difficult moments; she is caring, often pausing on her travels around town to help strangers. They complement each other, a perfect combination in a city where differences are something to celebrate. 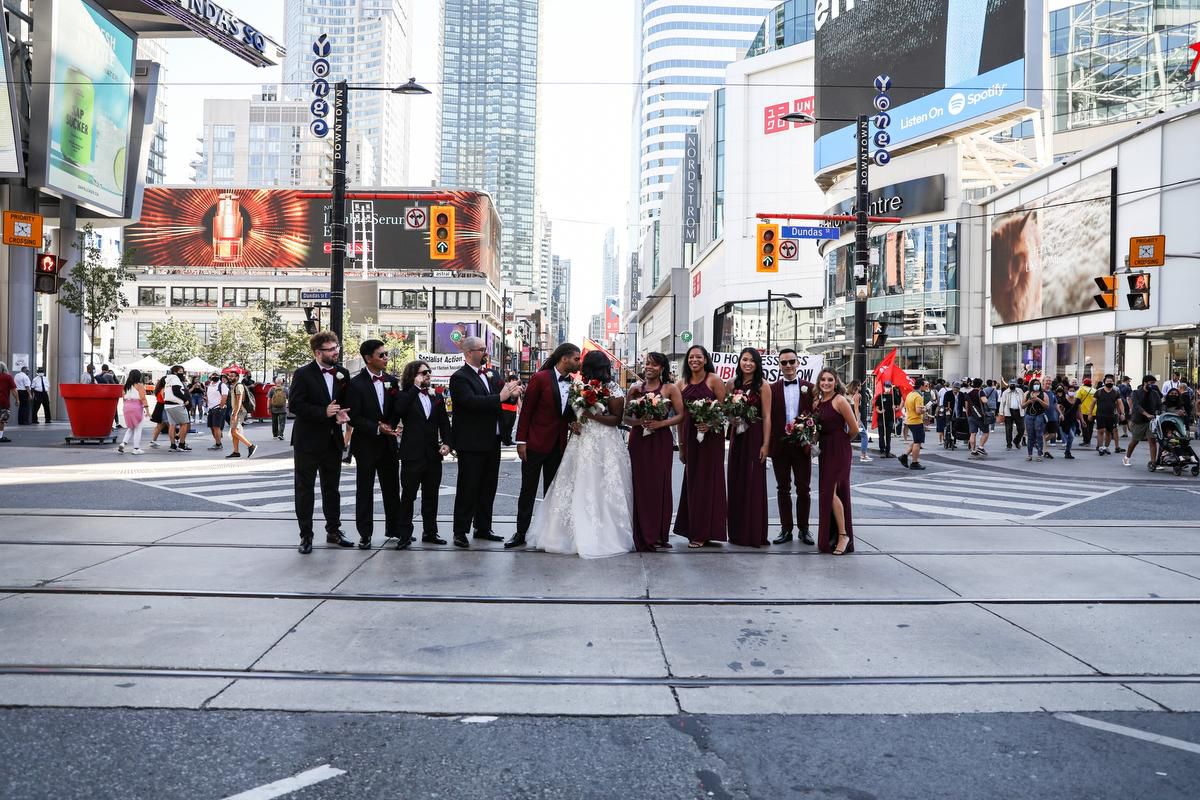 “Toronto is such a diverse place,” says Tingling. “Each person belongs and has the freedom to express themselves.” Although she comes from a family where marriage has always been important, when it came to their wedding, she and Mounsey were open to breaking with tradition.

Trending on Canadian News  A Carefree deep dive in the desert

Their wedding actually happened twice. When July 2020 rolled around, they decided to elope in an intimate outdoor ceremony at Westin Harbor Castle and then celebrate with their loved ones once it was safer. That also meant that they were able to make the most of their wedding attire. “A lot of people use these expensive items (only) once,” says Tingling. 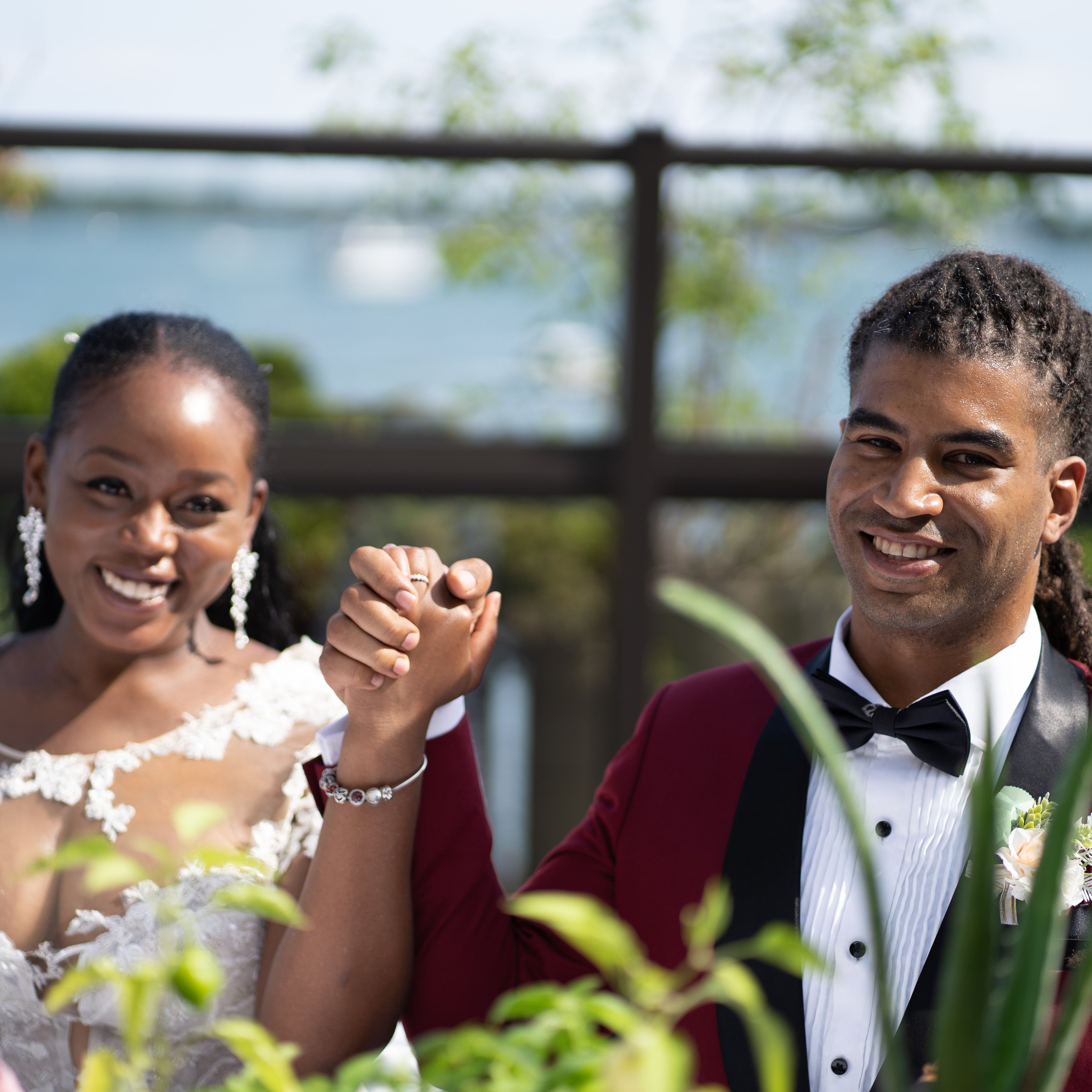 The couple held their full reception more than a year later, on September 18, 2021, at the Palais Royale Ballroom, a historic ballroom that for nearly a century has played host to jazz titans. Their wedding theme, “City of the Arts: A Toronto Love Story,” paid tribute to the couple’s connection to the city. All the tables were named after iconic Toronto landmarks, with the couple sitting at Union Station (naturally).

The menu featured the best of Toronto neighborhoods: the Danforth (charcuterie, cheese and vegetable dishes); Koreatown (gochujang fried chicken and kimchi-braised tuna); Little Italy (fettuccine in vodka sauce); and Little Jamaica (oxtail, curry, banana, rice and peas), a nod to the Caribbean heritage of the bride and groom. For entertainment, the couple formed a list of locals, including a six-member marching band that they encountered on one of their walks. 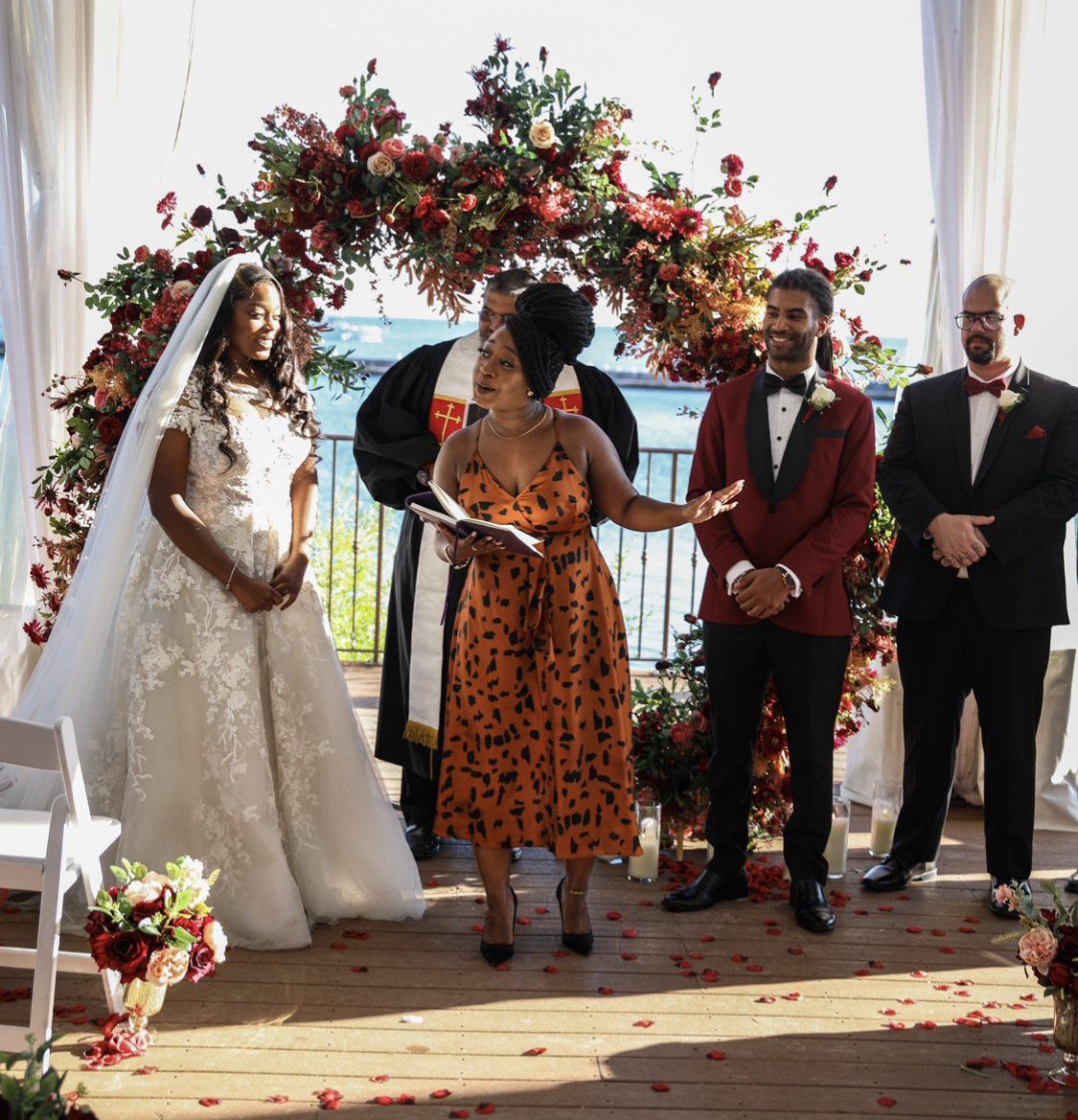 Weddings are primarily about unions, but they are also reunions. “There were a lot of people there that I hadn’t seen in years,” Mounsey says. “Some, in decades.” A slide show, selected from images provided by guests, featured photos of the couple and their loved ones at different Toronto landmarks.

The isolation caused by the pandemic made the union especially powerful. Tingling was grateful that her guests were finally able to come together to sing, dance and celebrate the newlyweds. “Art,” he says, “can make you feel free.”

Love can do that too. 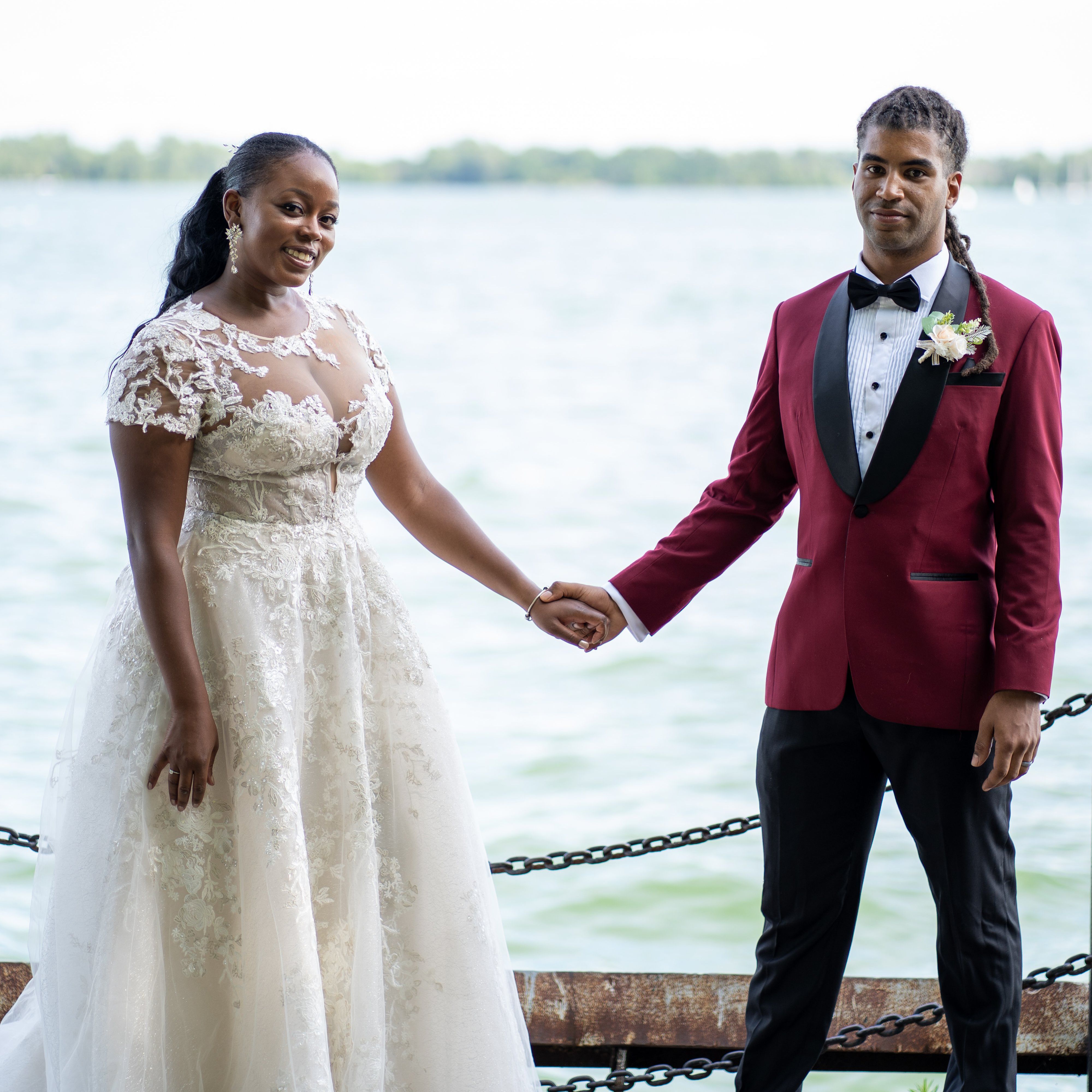