A team of Halifax astronomers is celebrating the arrival of the Webb telescope at its home destination more than 1.5 million kilometers from earth.

“Now that it’s at L2, we’re delighted that it’s there and looking forward to finally being able to use it in a few months,” said Marcin Sawicki, an astronomy professor at Saint Mary’s University in Halifax.

The James Webb Space Telescope was launched on Christmas Day and has spent the past month traveling towards its home base of Lagrange Point 2 where it will orbit around the sun, staying in line with the earth as it does so.

Sawicki said Webb’s journey to L2 has been so efficient that leftover fuel can be used to extend its time in space.

“The original plan was a minimum of five years, a target of 10 years, and we now know that it’s probably going to operate longer than that,” he said.

Sawicki is part of a Canada-wide astronomy team that is now preparing to receive the first images from Webb sometime this summer.

“We are developing software tools that will allow us to take the raw data, and turn (it) into data that we can analyze scientifically, that we can interpret,” he said.

Trending on Canadian News  Opinion | A UFO expert believes seagulls, the most hated birds on Earth, are actually alien spies

Sawicki said the telescope records photons that will result in physical information that astronomers like him are tasked with extracting for scientific use.

“That will tell us things like how far a galaxy is, how old it is, how many stars it contains, how quickly it’s making new stars,” he said.

“These are all very, very important things if we are to first identify these baby galaxies in the distant universe, and then also see how they’re building up their bodies, their mass, over time.”

The Webb telescope is compromised by several mirrors that are now in the process of being aligned one nanometer at a time. 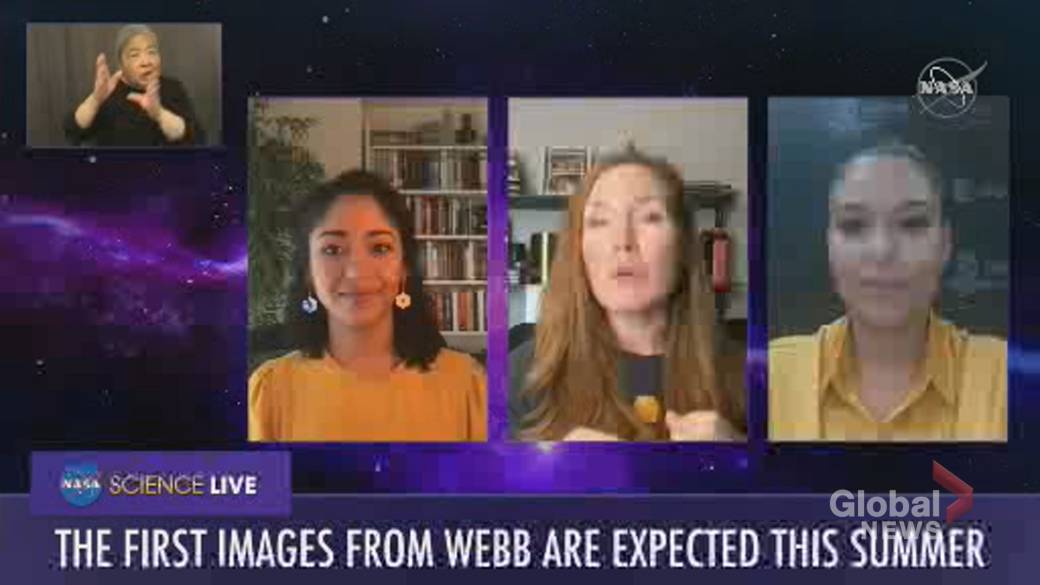 The mirrors are part of the telescope’s infrared capabilities that are groundbreaking when it comes to being able to detect objects that can not be seen in visible light.

“Because light has traveled through the expanding universe it has changed color and shifted into the infrared and that’s why Webb is going to be such a powerful machine for studying these objects,” he said.

Sawicki concludes that the multi-billion dollar telescope is invaluable when you consider the information it will be able to collect thats interconnected with all humanity.

“We would not exist without the very first generation of stars that formed after the Big Bang,” he said.