When their teacher told them about a family of Ukrainian refugees from Kharkiv trying to rebuild their lives in Alberta, the students were listening.

“They had just arrived here from Ukraine and were in need of quite a bit,” said Angela Read, grade five teacher at Spitzee Elementary in High River.

The mother and one son had made it to Canada through Poland and Ireland while their father and older brother are still stuck in the war torn country.

Read wanted her class to help.

“So, we all pitched in and made some art. I did mostly sunflowers. I don’t know why but I did,” said Graycee Bolton, a grade 5 student.

“Then I painted another piece of work and I was like, I think I’ll paint another sunflower. And it was followed by another one,” Bolton said.

Read put the work up for sale through an open Facebook group – Spitzee School Art Auction – with the money going to help the family get settled. 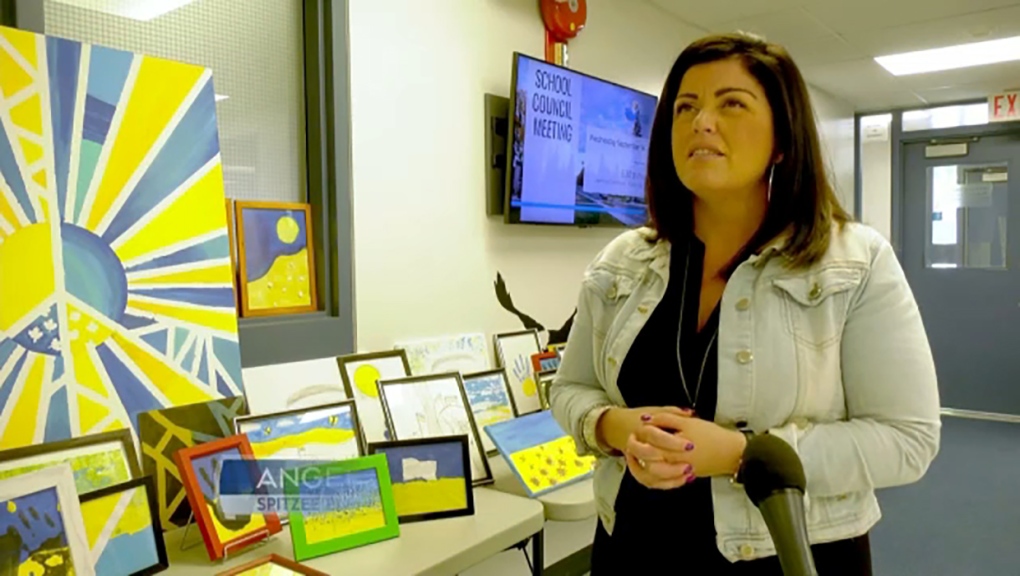 Angela Read put the work up for sale through an open Facebook group – Spitzee School Art Auction – with the money going to help the family get settled.

“Because we were doing it for a good cause, we’re doing it to help somebody that was not in the best part of their life, I thought I would try and do my best on my art piece,” said Calvary Prakash, another student .

The cause is already exceeding the modest expectations of the class and their teacher.

“I’m pretty proud of my students, this was all their creativity and their designs, I just facilitated it for them.”

“They have such big hearts and they are so excited to watch the bids come in and they know it’s for a great cause, and it just reminds us of how blessed we are in our lives,” said Read.

The bidding is open to anyone and wraps up at 4 pm Thursday June 23.