In response to the first question he faced on media day as Raptor, Goran Dragić invoked the name Steve Nash, which surely got him loved by some segment of basketball fans in the country.

A few minutes later, Dragić wanted to assure fans that he never considered wearing his familiar number 7 in Toronto because it will probably one day be hanging from the rafters of the arena as a tribute to his friend, Kyle Lowry.

And if that didn’t take away some of the pain of bad feelings fans might have towards him after comments, perhaps taken out of context, about his willingness to play in Toronto, those were faced head-on and sidelined.

“You know, it went wrong. I apologized and I want to apologize right now too, ”Dragić said Monday at the Scotiabank Arena. “It was not my intention.

“But you know, the organization and the players, they welcomed me. It was very good; all the guys are nice. They want me to feel comfortable, and I feel comfortable here for the last two weeks. “

The role that will finally emerge for the 35-year-old point guard, who is about to begin his fourteenth season in the NBA, will become clear during the next week of training camp and the rest of the month in exhibition games. But even on a team with a veteran starter and on the edge of the stars in Fred VanVleet, and a point guard waiting on Malachi Flynn, it would be foolish not to see the six-foot-three Dragić as an asset to be used.

Whether it’s for the entire season or until the NBA trade deadline, it doesn’t really matter. He’s here, he wants to play, he can play, and he should play.

“He’s been working with our guys, being a mentor, showing that he can still play,” general manager Bobby Webster said of Dragić. “He’s one of the oldest statesmen, but he can still play and I think he can still lead, and we’ll need a little bit of that this year.”

The most impressive part of Dragić’s press session was the maturity with which he is handling his situation. The Slovenian native is still competitive and quite capable of handling the rigors of the NBA, but his role here is both a mentor and a collaborator and he’s obviously at peace with that.

“I am a professional, I play this league for 14 years, so I love basketball. I’m going to do whatever it takes to … be part of this team and help young, young, young players grow, ”he said. “I think that’s the most important thing for me at this point in my career, to help young players overcome all the difficulties they are going to have during the season and to be there for them.” 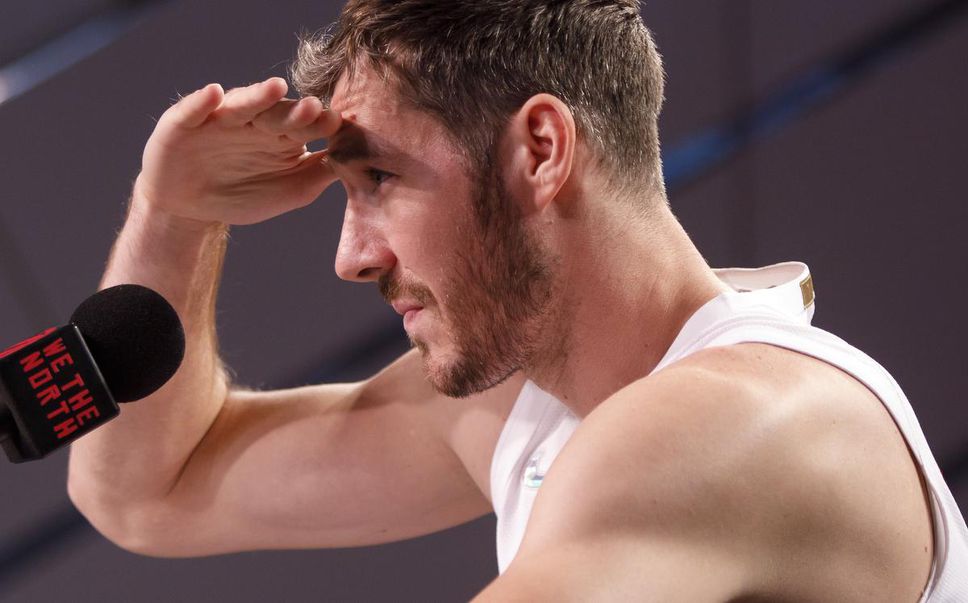 And where did you learn that? As a kid in Phoenix watching and learning from Nash, the best player Canada has ever produced.

“At that time, I still didn’t understand how to take care of yourself, your body and eat healthy and stuff,” he said. “And of course on the court to talk and talk to the guys, even if it’s a bad play or something, to cheer the guys up.

“When it’s the hardest time of the season or the game, step up and be vocal and show them that it’s just basketball and that everyone can do anything. But yes, the most important thing is to be an example for these young people and to be a leader. “