Google recently installed in Bilbao its submarine cable of 16 pairs of fibers that connects the United States with Spain, however its parent company, Alphabet, closed last January one of the most ambitious connection projects. It was about Project Loon, with which they were looking provide internet via high-altitude balloons. However, the technology Free Space Optical Communications (FSOC) with which the balloons communicated has remained in development.

This technology works like a kind of optical fiber without cables and it is the cornerstone of Project Taara, the initiative of the mysterious Alphabet Laboratory X; who have taken advantage of this system to develop an antenna that uses beams of light to transmit information at super high speeds through the air, like a very narrow invisible beam.

The company carried out the first tests of this antenna in India and the Republic of Congo, and the results are now known. Some data that is quite promising regarding the future of this technology, since during these demonstrations it was achieved send more than 700 TB of data over a distance of approximately 5 kilometers.

This antenna, with a clear line of sight, can transmit data at high speeds of up to 20 Gbps, according to the company. They also ensure that a single link can cover distances of up to 20 kilometers and can be used to extend fiber networks. The different nodes of Project Taara are positioned high up so they have a direct line of sight to each other to create a link where the light beam can transmit the data smoothly.

In addition, they are also designed to be placed in areas of difficult connection, such as sites located around forests or railways, for example. One of the main characteristics of these nodes is that have the ability to automatically adjust your mirrors to connect “a beam of light the width of a toothpick with enough precision to hit a 5-centimeter target 10 kilometers away.”

The main advantages of this technology are that, since there is no cable, no time, no money is wasted, and there are no problems involved in digging trenches or laying cables along the poles. FSOC boxes can simply be place miles away on roofs or towers and the signal, being transmitted directly between them, can easily cross obstacles such as rivers, roads and railways.

During Project Taara’s 20-day pilot test in India and Africa with a sender and receiver, it was demonstrated that the antenna performs remarkably and is a cost-effective and fast way to bring high-speed connectivity to remote areas. In fact, the system managed to transmit more than 700 TB of data at a distance of almost 5 kilometers; and nodes had 99.9% availability. 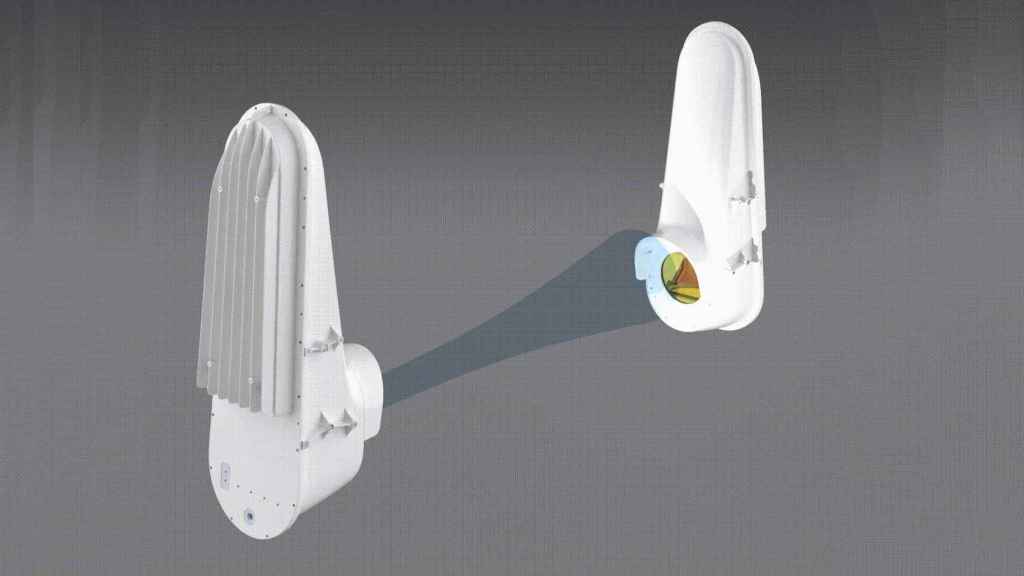 This is how Taara works.

With these data, it stands out that Taara is an interesting alternative to offer reliable high-speed bandwidth in places where fiber cannot reach and to bring internet to rural areas. Wireless communications have not been considered a viable option for a long time due to because the reliability of the signal is compromised by conditions such as fog or birds flying in front of it.

However, the team has taken this into account and emphasized that the antenna has resistance to these elements and other obstacles thanks to your ability to adjust laser power on the fly and the improvement of orientation and follow-up. As the team continues to develop and refine Taara’s capabilities, it remains to be seen whether it can become a real alternative to Starlink, Elon Musk’s satellite internet service.

It may interest you…