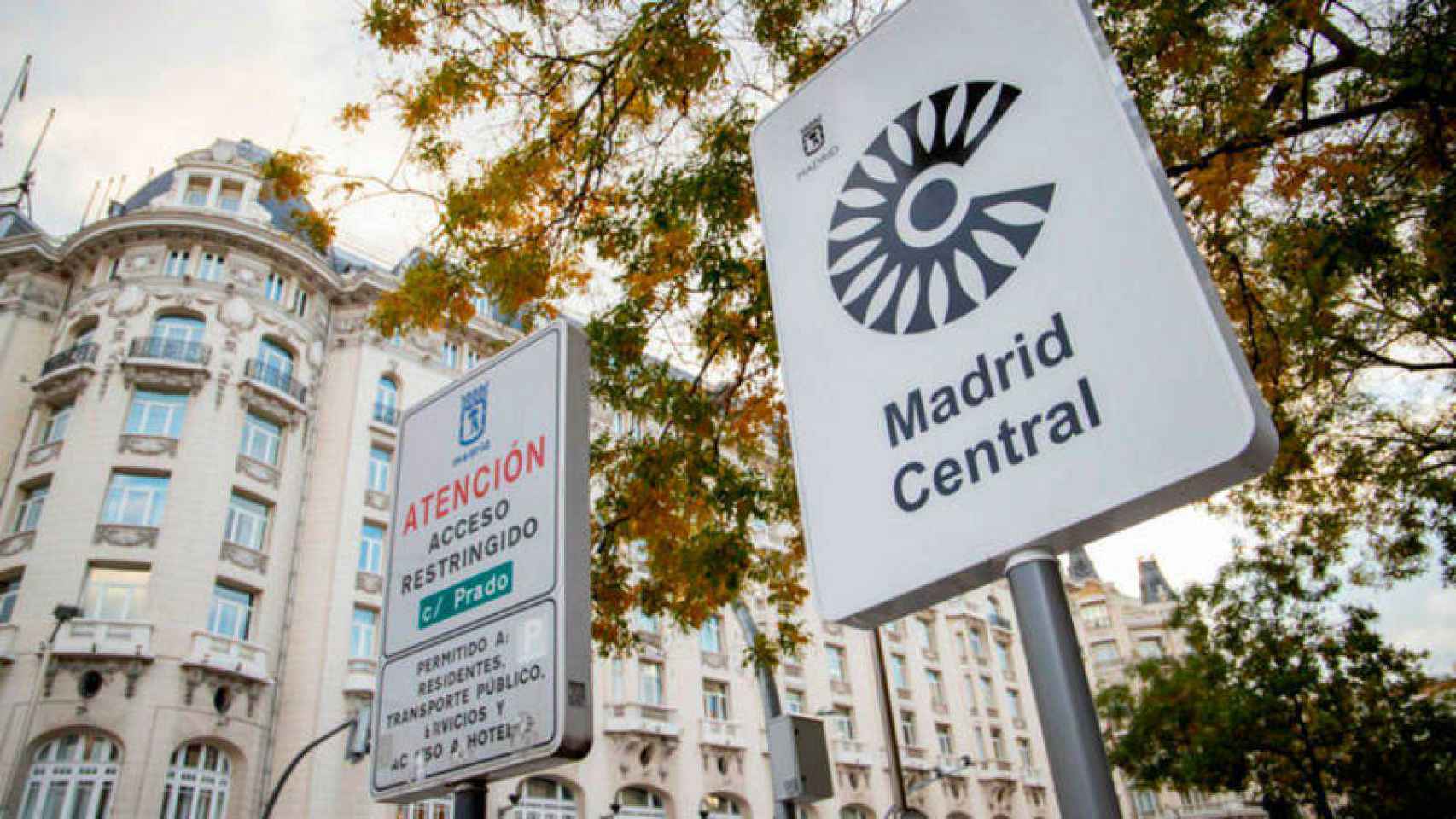 Goodbye to Manuela Carmena’s Central Madrid. The mayor of the capital, José Luis Martínez-Almeida, has approved this Monday the new mobility ordinance with the favorable votes of Citizens and of the four councilors of Recover Madrid, split from Más Madrid, which has voted against the regulations together with PSOE and Vox.

The unpublished pact between the center-right and the wayward who have abandoned Rita Maestre has allowed the Madrid City Council to settle the judicial mess around Central Madrid less than a week after the expiration of the period given by the Superior Court of Justice of Madrid (TSJM) to execute the sentence that annuls the ordinance of the previous mayor, which until now it was still in force.

No less against nature, yes, it has been the alliance between the left and Vox to oppose the framework that happens to Central Madrid: More Madrid wanted to maintain the previous ordinance, PSOE asked Almeida to “give in” to some of its red lines and the The formation furthest to the right of the council directly advocated removing the low-emission zone to “help Madrilenians to regain freedom.”

With such bitter positions the plenary session has been, as expected, rough. Amen long. And so we have seen Vox accusing the mayor of associating with “liberals, socialists and you can“, while the left has made him ugly to approve” measures that will bring more deaths from pollution. “

The delegate of the Environment and Mobility Area, Borja Carabante, has defended the pertinence of a norm that comes “to correct all the errors and defects of the current ordinance”: “It is the best possible”. He has also criticized that the left accuses them of eliminating Madrid Central and Vox of “shielding it”: “Either one thing or the other.”

“Some want to load the low emission zones and others want there to be more, but allying with Vox”, he has also been surprised Santiago Saura, from Ciudadanos, who explained that “Central Madrid remains fundamentally”. And that is why he has asked the left to stop “hyperbole and exaggeration” when it says that Madrid Central “disappears.”

Jose Manuel Calvo, the mayor of Recupera Madrid, who now makes up the mixed group, began his speech by quoting Javier Ortega Smith (Vox) when he said that “Carmena’s policies return to the plenary session of Cibeles.” “Indeed, they are back to stay“, has celebrated the former councilman of Más Madrid, who has marked distances with the current Executive assuring that” the same mayor who brings this text to the plane promised to load Madrid Central “and has indicated that Vox continues to be” his priority partner “.

Anyone would tell by listening to their spokesperson this Monday, Fernando Martinez Vidal, who has criticized the new mobility ordinance for “continuity” with the “expropriation norm” of Manuela Carmena. “It is acting out of inertia, without being aware of the economic consequences and without considering alternatives, which there are,” criticized the mayor of Vox, who lamented that PP and Cs are joining the “climate religion” of the “rich liberals, socialists and podemitas “.

The Extraordinary Plenary session that the government team has assembled, as tailored, begins to approve together with the escaped councilors of Más Madrid their “new” Central Madrid.#SoloQuedaVox pic.twitter.com/GtMImRH2GG

“Communism or freedom, do you remember, mayor? Stay with the communists, that Vox has come to defend the people of Madrid and freedom,” Martinez Vidal has settled.

On the part of the Socialist Group has intervened Ignacio Benito Pérez, who has argued that the plenary session was held in the afternoon (and not in the morning, as is often the case with extraordinary events) because PP and Cs “have little to sell and too much to hide.” He has also assured that Mayor Almeida has as his highest aspiration “to return to the past” and has asked him to stop “confronting the institutions and deceiving the citizenry.”

It has been equally hard Rita Maestre, spokesman for Más Madrid, who has asserted that the ordinance is “a setback” that goes “in the opposite direction to the rest of Europe” and implies “more exhaust pipes, more smoke, more pollution and less health”: “We are going to pay all the Madrileños “.

“Today an Ordinance will be approved that is a setback for Madrid. It implies the real elimination of Central Madrid and with the daily entry of 50,000 more cars to the city center”
📸@Rita_Maestre on #PlenoMadrid pic.twitter.com/DH0ztckoMt

Maestre has also referred to the “embarrassing sainete” with which the Popular Party has returned to the plenary session “the worst practices of politics, antidemocratic” for allowing the creation of a Mixed Group, despite the fact that the Contentious-Administrative Court No. 13 de Madrid has dismissed the appeal of the environmental party in this regard.

“With the Government of Almeida, Madrid is going backwards,” said the spokeswoman for Más Madrid before proceeding to the vote of the plenary session, which has approved the new mobility ordinance. An ordinance that, in the words of Más Madrid, will turn the capital into “the laughing stock of Europe.”

Last May, the Supreme Court ratified the previous ruling of the Superior Court of Justice of Madrid (TSJM) that demolished the low-emission zone of Central Madrid designed by former mayor Manuela Carmena. Since then, the current Executive has been working on a new mobility ordinance, although the cameras have continued to be turned on and offenders have continued to be registered.

The rule approved this Monday is quite continuous with respect to Central Madrid, but it does introduce the figure of the Low Emissions Zone of Special Protection (ZBEDEP) and several novelties such as match the 15,000 merchants in the area with the residents or allow the movement of motorcycles until 11:00 pm, one hour more than until now.

The limitation of access to freight vehicles with environmental label B and weighing more than 3,500 kilos will also be delayed to December 31, 2022, giving one more year of margin than initially planned for the renewal of the fleets.