Afghanistan’s future dances between two parallel realities: that of the streets of kabul, where chaos and fear spread before the shadows of the Taliban who guard them, and that of the Doha diplomatic offices, where the US envoy, Zalmay Khalilzad, remains in dialogue with the insurgents and representatives of the Afghan government.

In the first, confusion and uproar reign and in the second, the stealth with which the American delegation is shifting all conversation to achieve the goal of “Maintain calm in Kabul to maintain a semblance of security”.

Everything seems to be, then, in appearance, because in the offices also palpable the tension at the prospect, increasingly firm, that the country back off and Islamic extremism embraced by the Taliban advance and get stronger and stronger.

The clearest signal was given this Monday by State Department spokesman Ned Price, who at a press conference advanced that some “constructive” talks with the Taliban are taking place but that Washington prioritizes “actionsinstead of hearing their voices. “

A person with experience in the field sits at the forefront of the dialogue and with the objective that the reality that springs up in the streets does not take precedence over that which is cooked in the offices: Khalilzad, Muslim of Afghan origin, was the US ambassador to the country between 2003 and 2005, the year in which he moved to Iraq (where he was until 2007).

At the time, he opposed the withdrawal of troops from Iraqi territory and since 2018 negotiates with the Taliban the departure of the Americans. He has been the one who these months has led the mediation in the dialogue between the insurgents and the Afghan government – to no avail.

Khalilzad has continued contacts with the Taliban and the Government after the last week’s conversations with representatives from Russia, China and Pakistan, as well as envoys from the UN and countries such as Uzbekistan, Germany and the United Kingdom.

In a statement released last Thursday at the end of these discussions, representatives of regional and international powers called for an immediate cessation of “violence and hostilities in and on” Afghan cities and reiterated that they would not recognize any regime that was forcibly established in Afghanistan.

But in the last hours everything has changed. Insurgents have entered Kabul without the national forces putting up resistance and without giving margin to the process of transition of power. This Monday, the streets of Kabul were silent as the Taliban patrolled a city without women in sight and chaos settled in the airport, a city within the city where Afghans desperately seek to flee.

Trending on Canadian News  'No respect for our military': D-Day beach could be developed into condos

The largest national flag in the country was hoisted first thing in the morning at the Wazir Akbar Khan summit, like any other day, but for many Afghans it was the only thing that remained intact in the city because hours before dawn Mullah Baradar Akhund, Head of the political office of the Taliban in Qatar, he had declared the end of the war and the victory of the insurgents. 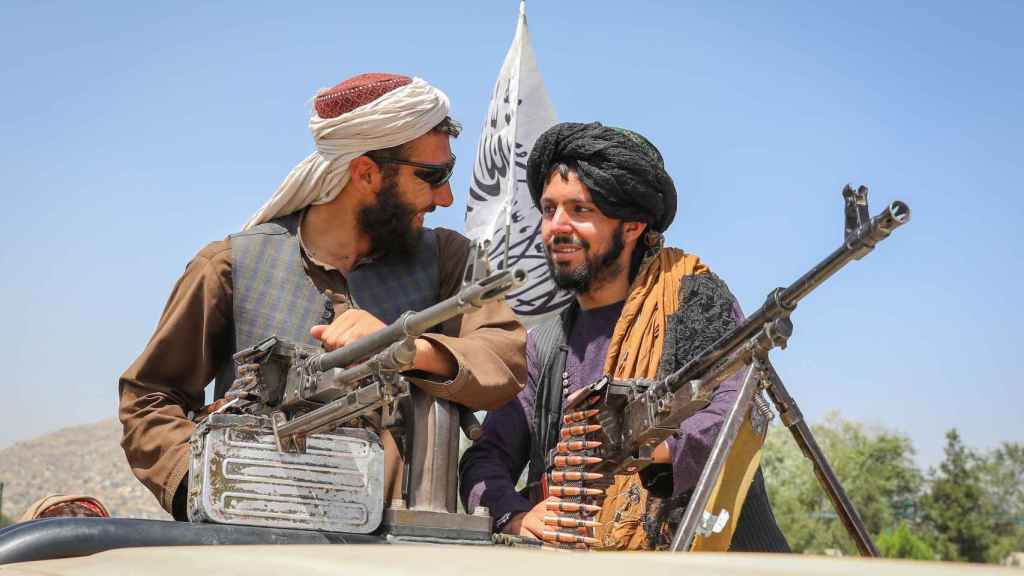 The fall of Kabul, which was completed after Afghan President Ashraf Ghani left the country. It was then that thousands of civilians began to move to the Kabul airport, most of them desperate civilians who were carried away by the idea that the United States, which is evacuating its personnel in the country, was also going to remove any Afghan.

“I heard last night that three planes evacuated people who did not have passports or visas, so several of my friends and I came to the airport in the morning and we stayed there hours“Before returning home unsuccessfully, Tamim Ansar told Efe.

Others went further, invading the runways so that the repatriation planes would not leave the country without them. Aerodrome officials confirmed that there were at least five deaths. “I saw three civilians and a Taliban fighter killed by the shootout between the Taliban and US forces“Mirwais Yusufi, a witness to what happened, who was also trying to leave the country, told Efe.

Yusufi explained that after a Taliban ordered several Afghan civilians to leave the airport, and they refused, the insurgent fired at them, triggering a response from the US forces, which opened fire on the fighter, who died in the act.

The other two deceased they died falling from a plane of the American forces in which they had managed to climb before it took off from the airport. One of them was Fida Muhammad, a 22-year-old dentist who lived in the province of Kabul, as Ahmad, a close relative, told Efe: “He left home to go to work, but we found out hours after he died when he fell from the plane.” 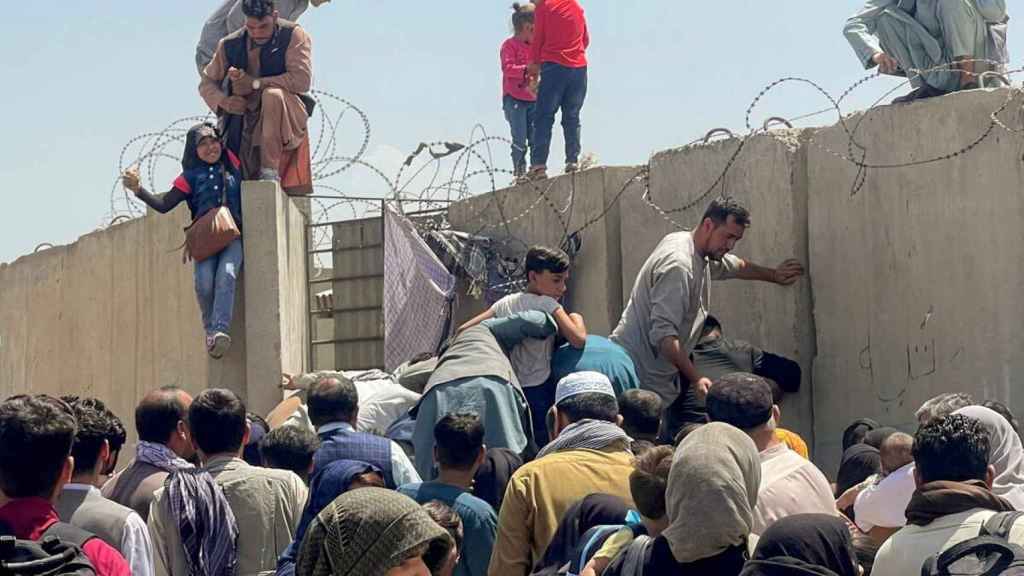 The Big Lie of Afghan Democracy

Scenes like that, which were broadcast throughout the day on social networks, are a sign of the despair of many Afghans who, with the commercial flights canceled and the airfield taken over by thousands of American soldiers who arrived in Kabul to guarantee the departure of their nationals, see in flight the only option for survival.

The memory of the regime that ruled the country between 1996 and 2001 is reason enough. During those years, the Islamists but imposed a rigid moral code that isolated the population, especially women, who were completely confined to the home and forced to hide their bodies under the burqa.

In the last month, about 17,500 people were forced to displace as a result of the conflict, according to the latest figures provided by the UN, most of which fled to the country’s large cities as a result of the advance of the Taliban.
According to UN spokesperson Stephane Dujarric, a large part of the displaced have arrived in Kabul, the last city conquered this Sunday, and other metropolises from the Ghazni and Logar provinces in eastern Afghanistan in recent days, “looking for safety in the face of conflict and other threats “.

Despite the attempt of its leaders to project a moderate image – the number two of the movement, the cleric Abulghani Baradargamos, spoke this Monday of giving “security to our people” and assuring them “the best possible future” – la the international community is also suspicious.