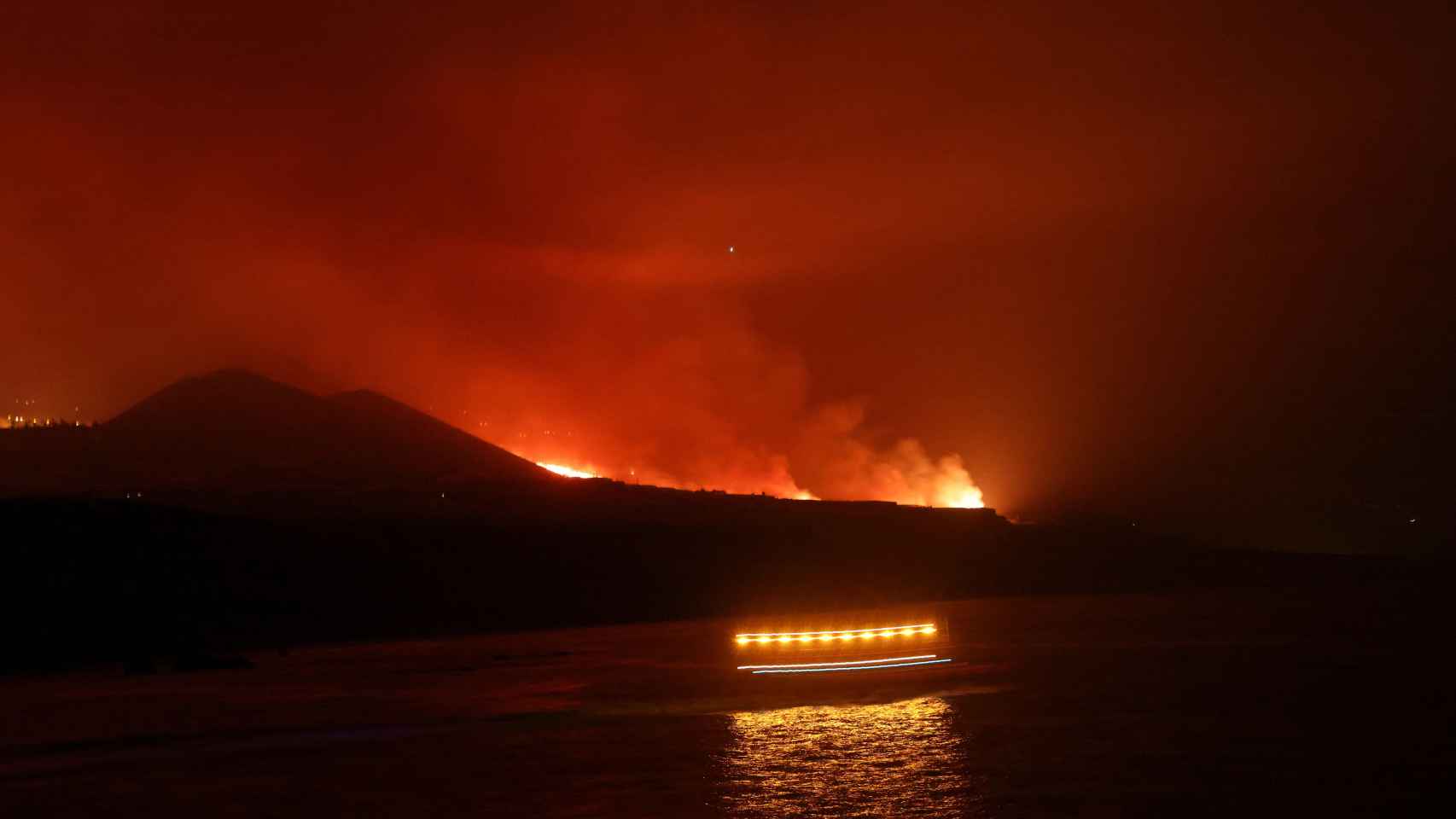 The possibility that the lava from the Cumbre Vieja volcano of La Palma will reach the coastal area of ​​the municipality of Tazacorte It caused in the last hours of Sunday the confinement of several population centers in the area. The new lava flow that emerged on Monday, more fluid than the previous ones, has advanced with greater speed and on Tuesday night it managed to surround the Todoque mountain, cut the Costa road and finally reach the sea. A journey that has lasted just over 9 days since the eruption began.

“The volcano has to keep pushing from above, the wash is just the forefront of what is pressing from behind. Now he weighs much more, so he has to do more force because it is a larger mass, “he explained Luis Jordá, mining engineer and author of the book Mountains of fire: routes and walks through the volcanoes of Europe, to EL ESPAÑOL. In the event of a reactivation of the eruption – the average volcanic activity in the Canary Islands ranges from 24 to 84 days – it would be “normal” for the lava to reach the sea. Eumenio Ancochea agrees with Jordá’s vision.

“All the historical eruptions of the island of La Palma have reached the sea, so the normal thing is that it does it, it confirmed Eumenius Ancochea, Professor of Petrology at the Complutense University and one of the scientists who measures the action of the volcano on the ground. What happened then would cause “small explosions” that justify an evacuation within 30 kilometers, but that do not imply any risk beyond that.

“It is logical to think that, if the lava comes, it will destroy the rich substrate of the sea floor,” explained the oceanographer. Eugenio Fraile. The experience of the 2011 eruption of the underwater volcano of El Hierro, however, indicates that there will be a ‘rebound effect’: once the toxic compounds have finished off the oxygen, “that nutrient injection can be positive so that the marine ecosystem recovers at speeds greater than normal “.

When the lava falls into the sea

But what kind of phenomena occur when lava reaches the sea surface? The Volcanological Institute of the Canary Islands (Involcan) clarifies that the thermal shock between the lava and the sea produces a local, well-defined hazard for people visiting or in the coastal zone where that encounter takes place.

According to the Volcanological Institute, when lava meets the sea, a thermal shock generating columns (plumes) of water vapor loaded with hydrochloric acid (HCl) as a consequence of the important content of chloride (Cl-) in seawater.

These columns of water vapor, whitish in color, also contain in turn tiny particles of volcanic glass as a result of the reaction that occurs between lava, which is more than 1,000 degrees, and sea water, about 20 degrees.

Clarify that it is not a volcanic column or plume as energetic as the one that takes place in the volcanic cone where a jet of acidic volcanic gases is being produced that are injected into the atmosphere with so much energy that they reach 5 kilometers in height.

The wind regime in the area where these coastal volcanic plumes occur contributes to the dispersion of these columns, but the The danger they represent is very local, in the surroundings of the area where the lava meets the sea..

Inhalation or contact with acidic gases and liquids can irritate the skin, eyes and respiratory tract, and may cause breathing difficulties, especially in people with pre-existing respiratory diseases, Involcan cautions.

According to updated information from the Department of Homeland Security (DSN), the area affected by the advance of lava continues to increase and moves in two streams: the from the South, which maintains a low speed; and that of the North, more active, which has been the first to touch the sea surface.
Given this evolution and with a preventive nature, since last Sunday the areas of San Borondón, Marina Alta, Marina Baja and La Condesa. At the moment, according to this source, the eruption of the volcano is not negatively influencing air quality.
In areas affected by intense ash fall, it is recommended to stay indoors, as it is linked to the recommendation to maintain 2.5 km exclusion radius around emission centers to minimize the risk of pyroclastic impact and exposure to gases. ANDThe island’s airport is operational, although no company operated flights yesterday