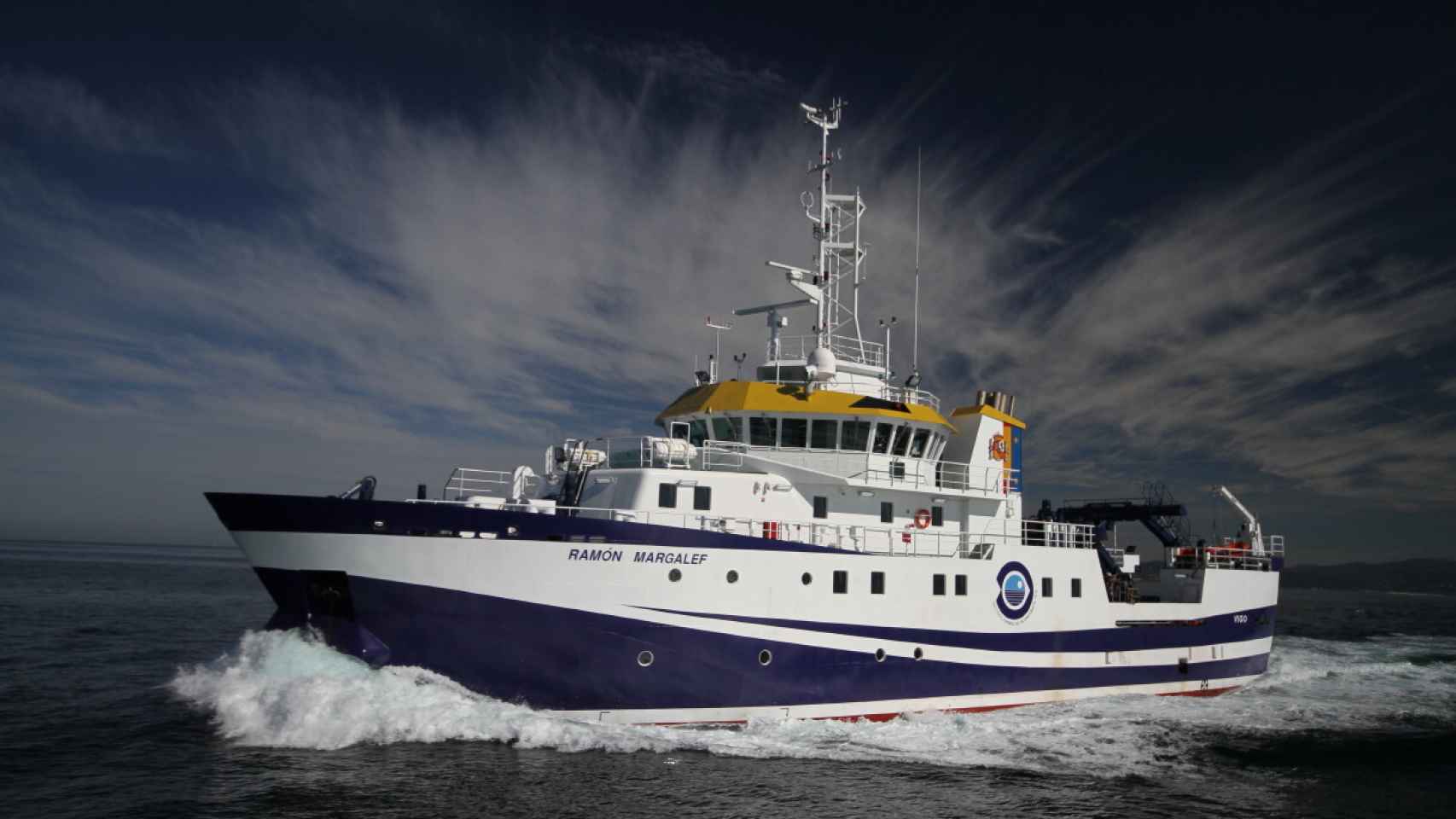 On October 10, 2011, an underwater volcano erupted on the Canary Island of El Hierro. Two weeks later, ship Ramón Margalef, from the Spanish Institute of Oceanography, arrived at the island in what was his first important trip. A handful of scientists came to check in situ the effect of Tagoro, which is the name of the volcano, on the water and its biodiversity.

The images they were able to capture after the dives with observation vehicles were devastating. In one of them you can see a tailor crab emerging from rocks completely covered in a dark gray ash. Even the crustacean’s claws were covered with a substrate that caked all over its body. In other locations, the cloudy water prevented them from taking photos.

The conclusions of the investigation, known as Bimbache expedition, they observed “very little life in the southern region of the island [el volcán se situaba al suroeste] and in the range of depths between 200 and 1,400 meters. “However, the most difficult conditions occurred less than 50 meters from the surface,” where the acidity is higher. “

The same ship Ramón Margalef has arrived this weekend in the waters of the La Palma exclusion zone, where it is supposed that the lava tongue that left nine days ago from the Cumbre Vieja volcano, in the center of the island, will end. On board travel Eugenio Fraile, who knows well the history of El Hierro and its surprising ending.

Throughout these 10 years, Fraile has visited El Hierro on numerous occasions and concludes that, “to this day, the marine ecosystem is better than before the Tagoro volcano existed“He has published more than 30 scientific articles on the marine flora and fauna after the eruption and there is no doubt: the marine wealth returned and it did so with force.

“It is logical to think that, if the lava comes, it will destroy the rich substrate of the sea floor,” he explains to EL ESPAÑOL. On the other hand, “in less than three years, this substrate was already perfectly colonized by organisms”.

Something similar lived the shallower waters. “The reduced sulfur compounds removed oxygen and dead fish came to shore“, something that we will surely see when the lava from Cumbre Vieja reaches the sea. But there is no need to worry: once the toxic compounds have used up the oxygen,” this injection of nutrients can be positive for the marine ecosystem to recover to faster than normal speeds. “

This was made known by the Fraile and his expedition companions in an article that appeared in Nature, The Bible of Scientific Publications, in 2013: “Our findings highlight that the same volcano that was responsible for the creation of a corrosive environment, affecting biota [el conjunto de los organismos vivos de un lugar] marina, too has provided the nutrients required for the rapid recovery of the marine ecosystem“.

This rebirth after an eruption has been experienced on other occasions. In Hawaii, for example, “magma injections into the ocean have been shown to produce zones of lift of deep, nutrient-rich water that is pumped to the surface, occurring a natural fertilization “, comments the scientist to this newspaper.

Friar is not alone. On board the Ramón Margalef there are a dozen scientists from the Spanish Institute of Oceanography itself, to which Fraile belongs, but also from the Geological and Mining of Spain and the universities of La Laguna and Las Palmas, forming a multidisciplinary team that is in charge of carrying out , in a period of about five days, an underwater mapping of the area and check the effect of the lava on the ecosystem.

It is not the first time that they have done it: in 2018, after the record of a seismic swarm on La Palma that gave a clue to a group of scientists to predict that the Cumbre Vieja would erupt, work was already done for the reconstruction, in three dimensions, of the underwater background. Thus, “we will be able to detect anomalies in the terrain such as elevations, formation of dikes or other cones“.

Various physicochemical studies of the water will also be carried out and samples of organisms from the seabed will be taken, such as corals, highly valued for research because “they are capable of assimilating, in their calcareous skeletons, certain noble gases expelled by volcanic emanations such as precursors, before the first earthquakes occurred. These organisms are going to serve as a capsule in time to record the magmatic process backwards. “

The fish flee the place

They say that animals are the first to feel an earthquake. Although this statement is a bit controversial, Fraile points out that the local fishermen had already warned of a fish leak in recent weeks.

“There has been a decrease in fishing, it is possible that the fish have moved from site since are very sensitive to water temperature and ocean acidity“, explains this oceanographer, although he is cautious:” His observations are very interesting, but I cannot make any kind of comment about it before we can observe it directly. “

When the lava reaches the water, it is more than likely that a good part of the fish that remain in the surroundings will die from the toxicity of the gases and the lack of oxygen, a panorama that is quite reminiscent of what happened in the Mar Menor in recent summers , although the causes are different.

“Lo del Mar Menor is a very large eutrophication process, produced by a contribution of large amounts of inorganic nutrients by intensive agriculture in the area,” he explains. The nutrients reach the sea and produce a “massive growth of phytoplankton“which, by dying and decomposing, removes oxygen from the water. In the case of La Palma, it will be the chemical compounds that directly remove oxygen from the water.

The scientist proudly comments that El Hierro is an international reference in underwater volcano research and that, despite cuts in science funding over the past ten years, monitoring has not stopped, “even during the pandemic.” La Palma will be another milestone in the investigation of the underwater world and the demonstration that Spanish science – and that of the Canary Islands specifically – is at a very high level.