Fairy tales sometimes come true and more those that tell stories of princes and princesses who live in a castle. The love story of Philip of Edinburgh and the Queen Elizabeth II of England (94 years old) had all the ingredients for a happy ending eating partridges. And they probably ate them, but the path they traveled during their 74 years of relationship is far from precisely that idyllic image of love.

There have been great moments. Yes of course. Like when they said ‘yes, I do’ at Westminster Abbey in 1947 before 2,000 guests or the arrival of their four children into the world; but the royal couple has gone through numerous crises, peppered with rudeness, public complaints and various infidelities, never credited. In addition, the Duke of Edinburgh always complained openly about his status as eternal consort and his role as “intruder” and zero to the left. “I’m just a bloody amoeba. I am the only man in the country who is not allowed to give his name to his children, “he went on to assure.

Not to mention his alleged love affair outside of marriage. Neither of these adventures was ever proven, although speculation persisted eagerly over time. Sarah Bradford, author of one of the biographies of Elizabeth II, stated years ago that since the fifties Felipe learned to be more discreet and he limited his dabbling to circles so rich or aristocratic that they were inaccessible to the tabloid press and unavoidable by it. The rumor has always been at the end of the street. In fact, in The Crown, the Netflix series that recreates the life of Queen Elizabeth, leaves implicit a relationship between the Duke of Edinburgh and the Russian dancer Galina Ulanova in the 50s. It would not be the only one.

Isabel II and Felipe, on their wedding day.

Putting aside, for the moment, this controversial story in marriage, the truth is that Philip of Edinburgh and Elizabeth II lived an intense love story and they did not care about being third cousins ​​on the part of Queen Victoria. The first time Philip and Elizabeth saw each other was at the wedding of Prince Philip’s cousin, Princess Marina of Greece, and Prince George, Duke of Kent, the Queen’s uncle, in 1934. She was only 7 years old, and he was 13. Years later they met again. They were both already teenagers: Felipe was at the British Naval Academy and Isabel went to visit her. They say that the future queen never looked at another man again.

Felipe he was very blond, tall and athletic, and Isabel fell in love with him instantly, as she later confirmed to her father’s official biographer. If the cadet fell to the heir to the British throne, he was careful not to show it. In fact, like the queen afterwards, the Duke of Edinburgh never stood out for his effusiveness. Since he stepped into court, Felipe was considered an intruder by officials, which caused friction reminiscent of the case of Diana of Wales. The difference is that Isabel was still deeply in love and the following five years were, in the opinion of her friends, the happiest of the couple. She valued her husband’s experience of the world. Everything changed in 1952, when Isabel had to succeed her father on the throne. That eroded the then idyllic relationship. Felipe was forced to give up his career in the Navy, without being offered any other alternative than to act as a consort. However, everything went relatively well until the day of the Queen’s coronation, when Felipe, always according to the newspaper library, suffered the greatest rudeness.

Continuing with the tradition of the monarchy of those years, the couple stopped being called ‘The Edinburgh’: the already Queen, instructed by the court, refused to renounce the surname Windsor, legendary in her family since 1917, to the detriment of Mountbatten that Felipe had adopted. Another snub in his wallet. It was then that Felipe pronounced that famous phrase of being a “damned amoeba”: “I am the only man in the country who is not allowed to give his name to his children”. Time before, both they announced their engagement at Buckingham Palace in July 1947. The engagement ring was a large diamond three carat surrounded by a pavé of ten smaller diamonds.

The couple said ‘yes, I do’ on November 20, 1947 in the Abbey of Westminster under the watchful eye of more than 2,000 guests from all over the world. To marry Isabel, Philip had to renounce his religion (Greek Orthodox) and lost his title of ‘prince of Greece and Denmark’. The link was followed by more than 200 million viewers across the planet. Just a year after they were married, the Prince carlos (72), heir to the throne of England. The second daughter, the princess ana (70), would come to the world in August 1950. With her the Duke of Edinburgh always had a very special relationship, becoming ‘his right eye’. 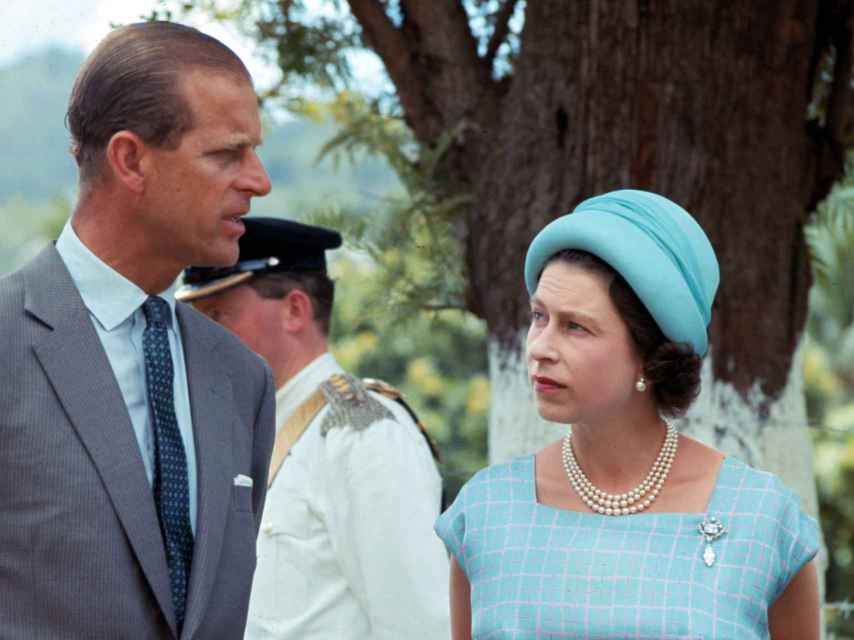 Felipe and Isabel II in an institutional act on February 23, 1966.

Between 1960 and 1964, Felipe and Isabel expanded the family with the princes Andrés (61) and Eduardo (57). Soon the scandals of infidelity on the part of Felipe would arrive. “He was terribly bored with all the obligations of royalty, all those formal commitments and handshakes … It was not his thing,” recalled Michael Parker, who accompanied him on an international tour, already amid rumors of a marriage crisis. From that time cascade lovers were attributed to him. “Have you ever stopped to think that in the last 50 years I have never been able to leave the house without being accompanied by a policeman?”, The duke came out once, in the face of so much rumor, giving these infidelities unlikely overtones.

“During my research I never came up with conclusive data. There are many rumors about Felipe and their business, but almost all the women who could have had a relationship with him have died and Felipe, of course, denies it, “said the British author some time ago Ingrid Seward, who published a book titled My Husband and I: The Inside Story of 70 Years of Royal Marriage. One of the most notorious alleged romances of Felipe was the one he had with the actress Pat Kirkwood. The Telegraph published that Michael Thornton had letters from Felipe and the actress, but that, following the dictates of his last will, he could often discover them “to the person Felipe himself chooses as his biographer after his mufor him“.

Be that as it may, scandals, rudeness and infidelities that never managed to completely break the union that existed between Philip of Edinburgh and Queen Elizabeth II. Felipe’s close friends say that he was never an easy man, he always kept his character until the end, although it appeased over the years. It is even said that the Queen, used to everyone paying homage to her, was amused a lot the “tantrums” of Philip of Edinburgh. Despite everything, experts say that they always loved, admired and respected each other.

Trending on Canadian News  11,500 Afghans have arrived in Canada, out of the 40,300 promised by the government 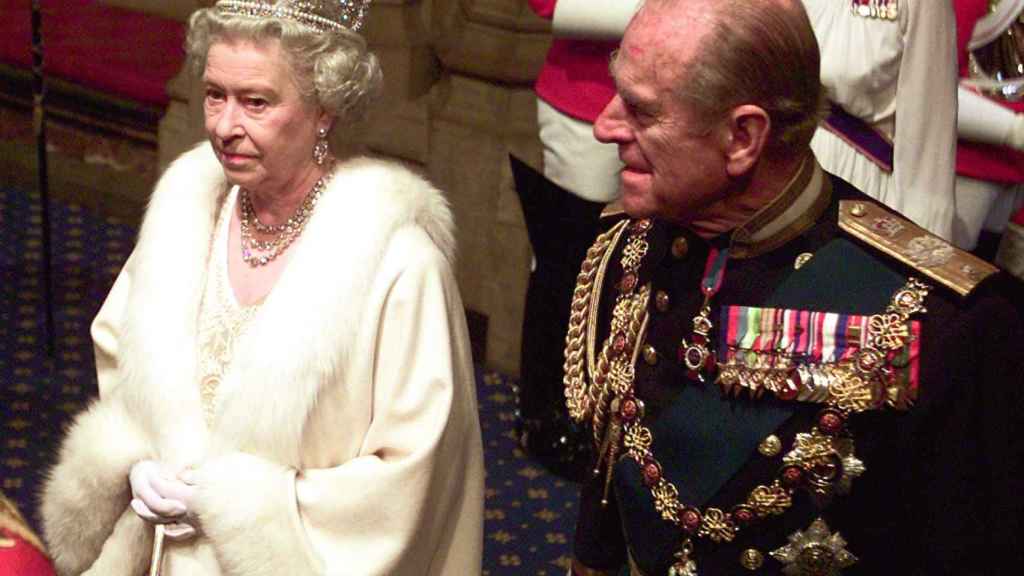 Queen Elizabeth II and Philip of Edinburgh in a picture dated November 2002.

Proof of his character and the independence that he always imposed on his life, Felipe demonstrated an excellent relationship with Diana of Wales, with whom he sent letters once separated from Prince Charles. He offered his help on several occasions. In fact, en the funeral of the princess of Wales, the duke did not part with his grandchildren, prince william (38) and prince harry (36). This good relationship clashed with the one that Felipe had with his son Carlos, always more devoted to the Queen. Felipe and his son never got to understand each other.

Felipe and Isabel led a life, deep down, very independent in terms of hobbies it means. Horses, hunting and sport, in general, were always very present in the life of the Duke of Edinburgh. Felipe was always passionate about taking down pieces of greater or lesser scope. A hobby not without controversy since he was one of the founders of WWF, one of the two most important environmental organizations in the world. But it was learned that months before he had been invited on a Bengal tiger hunting expedition by the Rajah of Jaipur (India). 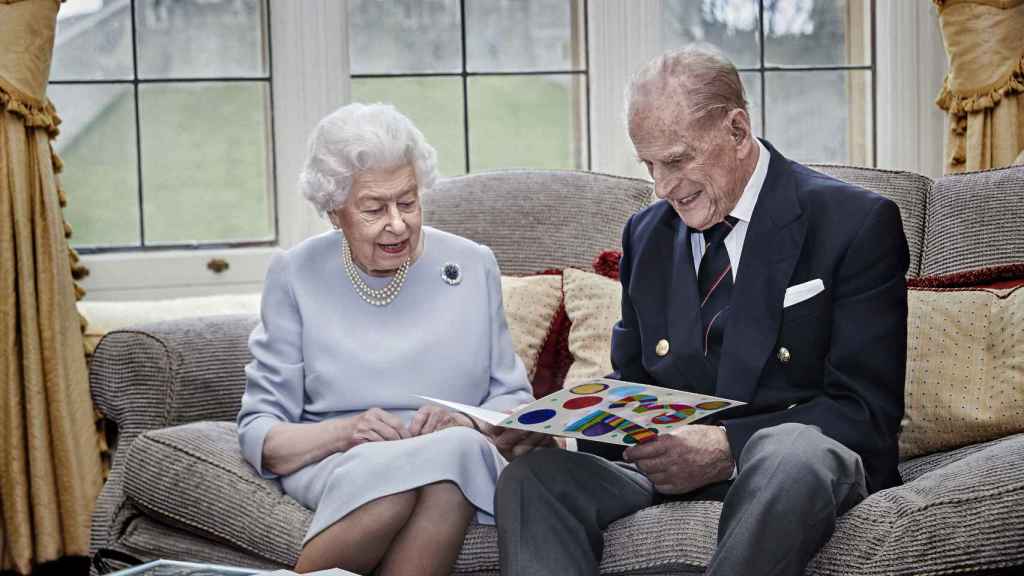 The last official image of the royal marriage dated November 2020,

Since the queen’s coronation, the royal couple has not stopped traveling. A study conducted by lastminute.com states that the monarch and her husband performed together the equivalent of 42 complete laps around the world. On August 2, 2017, Philippe of Edinburgh said goodbye to his public life and was retiring. It was the withdrawal of the disowned consort, of the man who always knew how to be in the shadows and at the side of his wife, the Queen, never on the same level. He retired, but he never stopped doing what he really wanted. He lived, then, as he was allowed or left, but in his last years, outside of public life, since 2017, they say that he and only he commanded there.

His last weeks were complicated in terms of health, since on February 16 he entered the hospital for an infection, and two weeks later he was transferred to the St Bartholomew medical center, also in the British capital, where he stayed for several days to be operated on for a heart problem. This situation has generated great concern and expectation throughout the world in recent weeks. Finally, Philip, who was born as a prince of Greece and later adopted the surname Mountbatten, has made the widow Reina after 74 years of marriage, four children, eight grandchildren and eleven great-grandchildren, two of them on the way.

Published On April 9, 2021
By thecanadian
Categories