For
Personal
The Canadian Press

The father of a seven-year-old girl from Granby, Que., Whose 2019 murder shocked the province and led to an investigation, has pleaded guilty to one count of forced confinement.

He pleaded guilty to a Quebec Superior Court judge on Monday, ahead of a trial scheduled for January. In response, the Crown suspended the charge of criminal negligence that caused death in connection with the girl’s death.

The girl’s stepmother was found guilty on December 9 of second-degree murder, after jurors deliberated for about five hours.

Stepmother convicted of second degree murder for the death of a 7 year old girl in Granby, who.

The charge of forcible confinement is related to the fact that the girl had been restrained with duct tape.

During her trial, the stepmother admitted to wrapping the girl in several layers of duct tape on April 29, 2019 to prevent her from escaping, but denied putting duct tape on the young victim’s nose and mouth.

The stepmother returns to court on December 17 for a sentencing hearing, and the father will have his hearing on January 7.

Shortcomings ‘at all stages’ led to murdered Quebec girl not being protected: human rights commission

A second-degree murder conviction carries an automatic sentence of life in prison, and the judge will determine eligibility for parole. The maximum penalty for forced confinement is 10 years in prison.

None of the adults can be identified due to the publication bans surrounding the identity of the young victim.

The girl’s death prompted the government to create a special commission on the province’s youth protection services. 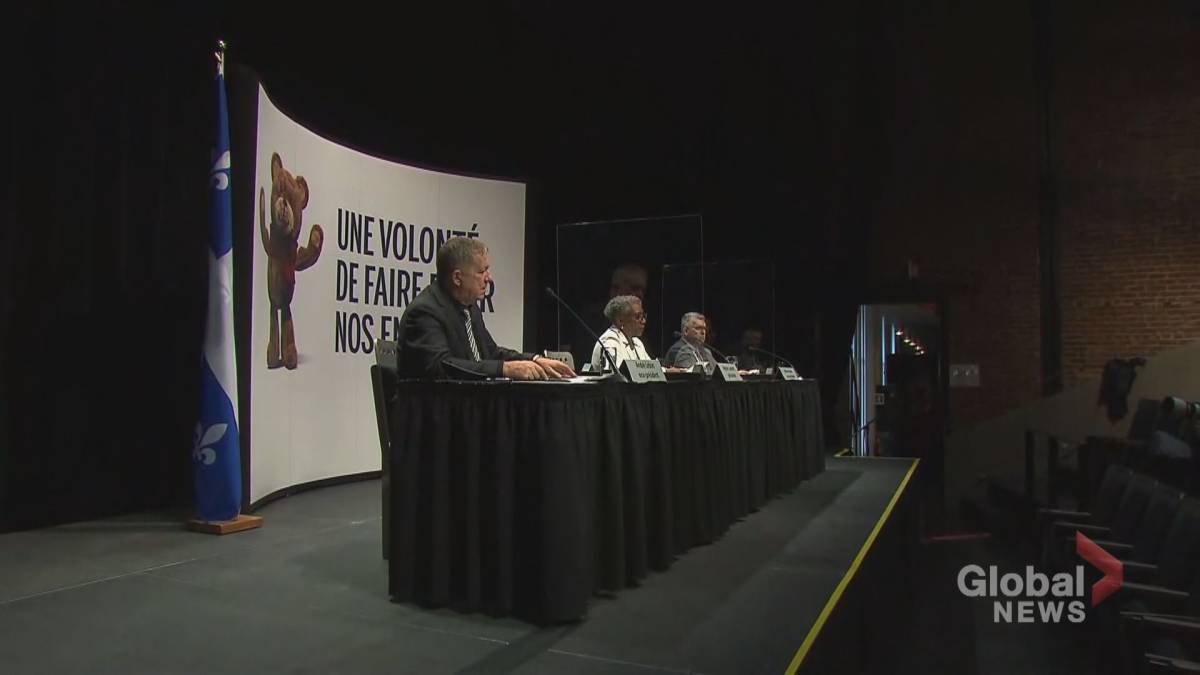