Charred bodies were strewn among burned palm trees, cars and trucks on Sunday after an explosion over the weekend that killed more than 100 people at an illegal oil refining depot on the border of Nigeria’s Rivers and Imo states.

Flip-flops, bags and clothing belonging to the deceased littered the ground, which was blackened by oil and soot and was still smoking in places despite overnight rain.

“There are so many people who died here. I beg the government to investigate this,” Uche Woke, a commercial cyclist, told Reuters at the scene of the explosion on Saturday night.

The Nigerian Red Cross Society was on the scene on Sunday to assess the blast, which destroyed a section of the Abaezi forest, which straddles the border of Imo state’s Ohaji-Egbema local government area. with Rivers State.

Nigerian President Muhammadu Buhari said in a statement that he would step up a crackdown on illegal refineries after what he described as a “catastrophe” and a “national disaster.”

Unemployment and poverty in the oil-producing Niger Delta have made illegal refining attractive, but with often deadly consequences. Crude oil is extracted from a network of pipelines owned by major oil companies and refined in makeshift tanks.

The process has led to fatal accidents and has polluted a region already plagued by oil spills on farmland, streams and ponds.

The Youth and Environment Advocacy Center said several vehicles that were in a queue to buy illegal fuel were burned. 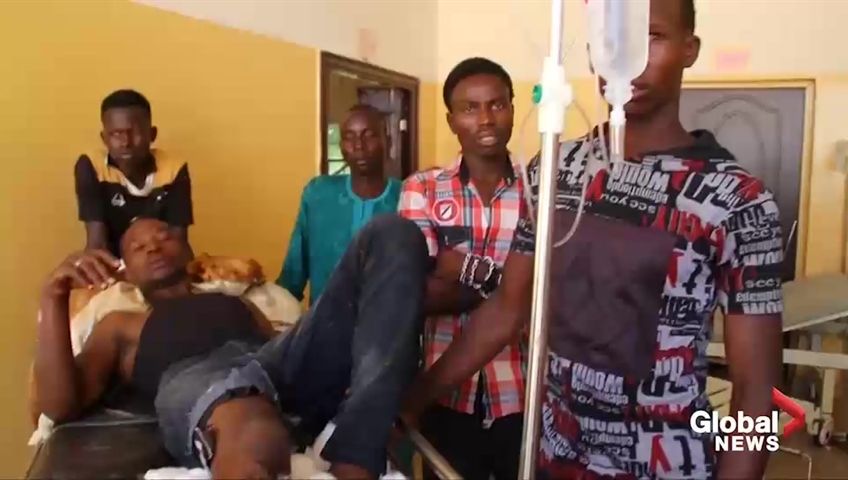 “The fire outbreak occurred at an illegal fueling site and affected more than 100 people,” Goodluck Opiah, state commissioner of petroleum resources, said of the accident.

The border location is a reaction to a recent campaign in Rivers against illegal refining in an effort to curb worsening air pollution.

“In the last month or two, there have been several raids and some security officers involved have been approached,” said Ledum Mitee, former president of the Movement for the Survival of the Ogoni People (MOSOP).

At least 25 people, including some children, were killed in an explosion and fire at another illegal refinery in Rivers state in October.

Death toll rises to 22 in explosion at Nigerian shopping mall

In February, local authorities said they had launched a crackdown on the refining of stolen crude, but with little apparent success.

Government officials estimate that Nigeria, Africa’s largest oil producer and exporter, loses an average of 200,000 barrels of oil per day, more than 10% of production, due to illegal intervention or vandalism of pipelines.

That has forced oil companies to regularly declare force majeure on oil and gas exports.