The first phase of the negotiation of pensions closed with an important pending issue: the intergenerational equity mechanism with which the Government wants to mitigate the impact that the retirement of the ‘baby boomers’ will produce in the public coffers. However, the Ministry of Social Security and social agents still have not started trading this instrument.

Time is running out, and not exactly in favor of negotiation. The idea of ​​the department headed by José Luis Escrivá is to incorporate the aforementioned mechanism in the pension reform that must be approved before the end of the year -part of the funds of the Recovery Plan depends on it-. To do this, it counts on incorporating it in November.

Despite this, beyond an initial meeting in mid-September, no progress has been made on this issue. And employers and unions, in their first positions (at least on the side of UGT and CCOO), have already warned his opposition to any reduction in the pensions of the ‘baby boomers’ or increase in the working life of this group.

Therefore, it will not be a simple negotiation, as evidenced by the ‘first leg’ of the pension reform and which is already in Congress.

But addressing the issue is inevitable: the arrival of the ‘baby boom’ generation (those born between the ages of 50 and 70) to the pension system will mean incorporate some 11 million new retirees. It will be necessary to take to mitigate the economic impact of all these new benefits. 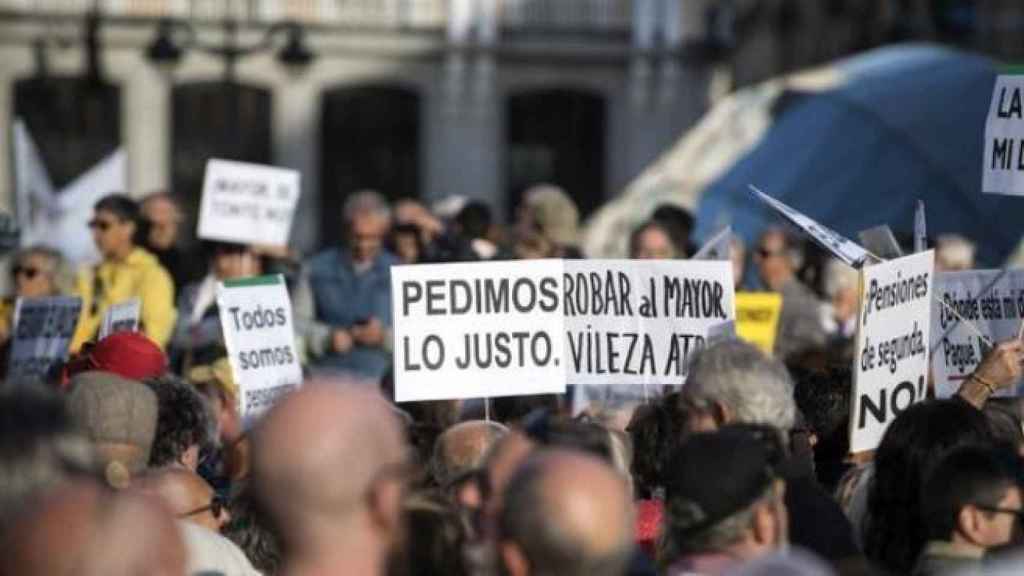 Archive image of a demonstration of pensioners

In fact, it should be remembered that by 2050, according to the calculations of the Independent Authority for Fiscal Responsibility (AIReF), there will only be two workers to support each pensioner.

What are the reasons why this issue has not been addressed yet? First of all, the Escrivá’s team has prioritized the extension of the ERTE Covid, for which an agreement has been reached with the employers and unions this Monday.

Thus, Escrivá does not want churras to be mixed with merino ‘crossing’ negotiations in parallel in the Social Dialogue. However, the key is that Social Security the fronts multiply to meet the pending commitments in its policies.

Among them, the necessary regulations for scholarship holders to contribute for unpaid internships. In fact, the term for this expires this same month of September.

This issue is part of the commitments that Social Security reached with employers and unions just before the summer, as well as the improvement of special family caregiver agreements of people in a situation of dependency, among others.

The reform of widow’s pensions, so that they include domestic partners, and the ‘floors’ of contribution by real income for the self-employed.