Although 2020 was a complicated year in every way, seeing the nominations of the 73rd edition of the Emmy, the effects of the pandemic are not noticed beyond absences such as that of Succession, which will return with a new installment in October. We have had a television season with a lot of levelTherefore, there are some categories in which any name could win, and there would be little room for reproaches.

Let’s review who are the favorites and possible surprises in drama, comedy and miniseries.

Drama: Favorite is ‘The Crown’ Josh O’Connor and Emma Corrin, Carlos and Diana in ‘The Crown’ and favorites at the Emmys.

It seems that the wind is blowing in favor of Netflix, which is one step away from finally getting its first major award. The Crown has been the favorite since the race started and since its premiere no title has appeared with real options to take away the Emmy for best drama series. In some predictions it is also listed PoseAlthough it will be difficult for him to get the accolade after a final season that received very cold reviews.

And everything points to the series sweeping the gala. In the interpretation categories it is precisely The Crown the series with the most nominations and also favorites to win, with Gillian Anderson and Tobías Menzies as secondaries, and Emma Corrin and Josh O’Connor as protagonists.

Although Pose he did not manage to make the necessary noise in his farewell, Billy Porter (winner in 2020) and MJ Rodriguez they are potent leading actor Emmy contenders. And you never have to rule out Giancarlo Esposito (The Mandalorian), because voters seem to have a certain fascination for this actor who always seems to play the same role.

Comedy: the weird thing will be that ‘Ted Lasso’ doesn’t win 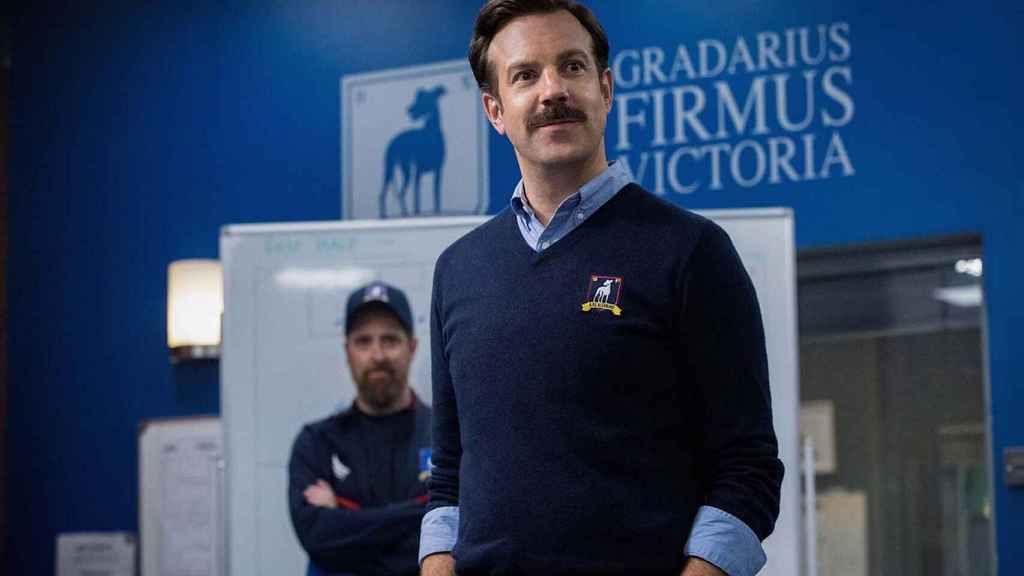 ‘Ted Lasso’ is one of the big favorites of the night.

After the mastery of Schitt’s Creek Last season, It is expected that Ted Lasso do the same at the Sunday gala. The series was a haven from real life in 2020 and voters confirmed that they really liked it by nominating pretty much its entire cast. In addition, it plays in your favor that season 2 has been on air during the voting, because although they are evaluating the first, everything influences. Especially if the feeling is good. It would be a great achievement for Apple TV +.

With the exception of the Emmy for Best Leading Actress, which seems to already be named after Jean Smart por Hacks (that series that we have not yet been able to see in Spain), and that is also nominated by Mare of EasttownIt seems that the acting awards will also go to AFC Richmond. That of Jason Sudeikis seems incontestable and as secondary they are favorites Hahhah Waddingham y Brett Goldstein, who can be favored by the season on issue, where he is a scene stealer.

In comedy there seems to be little room for surprises, but if there is one, it would be Hannah Eibinden as high school. The co-star of Hacks has gotten the nomination in the first performance of his career.

Miniseries: in doubt until the end For several years now, the miniseries category is the most powerful of each edition. AND this particular year the level is really impressive. By popularity, the favorite seems Lady’s gambit and this idea can be reinforced by the nine Emmys he won at last Sunday’s technical awards.

Another reading is that the Netflix series was given technical awards but in the main ones the winner will be Mare of Easttown, audience success on HBO and received the love of critics and the public. It seems like the battle is between those two miniseries, but any of the five nominees would be a fair winner, and that’s something we couldn’t say about drama and comedy.

In interpretation, the two favorites as protagonists are, precisely, Kate Winslet and Anya Taylor-Joy, and at this moment it is difficult to bet on one beyond personal preferences; Mine is Elizabeth Olsen. In the rest of the categories really anything can happen, and I don’t know if that could be called a surprise. Among the main actors, for example, the names of Paul Bettany (Scarlet Witch and Vision), Hugh Grant (The Undoing) and Ewan McGregor (Helston). And if Claire Foy got an Emmy for a 2-minute cameo, I more than agree that Bettany gets another for saying the most memorable line of the year: “What is grief but love that endures? “.

The Emmy Awards are delivered at dawn on Sunday, September 19, and the ceremony can be seen on Movistar +.

• Emmy 2021: guide to understand how and what is voted in the most important awards on TV

• What is ‘Hacks’, the series nominated for best comedy at the Emmy Awards that has not premiered in Spain

• The 10 Best Recent Series That Never Won an Emmy Award