Rising overdose deaths and inaction by the Alberta government have prompted a group of Edmonton doctors to form an opioid poisoning committee to address the escalating crisis.

The Edmonton Area Medical Personnel Association said the committee will advocate for people who use drugs, recommend short-term and long-term strategies to reduce overdose deaths and raise public awareness.

Committee member Dr. Stan Houston, professor of medicine and public health at the University of Alberta, said the drug intoxication crisis is not being treated with the same urgency as COVID-19, despite the parallels. in deaths and the impact on the community.

“There is simply no way this discrepancy can be justified on the grounds of justice or on public health grounds and that is a large part of the reason we are here today. There is an urgent need for Alberta to implement the kinds of measures that elsewhere have been shown to be effective in saving lives, ”Houston said.

“As the provincial government has continued to mention, substance use disorder treatment is an important part of the package, but you cannot take advantage of treatment unless you are alive. And unless you’ve established a connection with trusted care providers. “

Under Prime Minister Jason Kenney, access to a life-saving opioid dependence program and supervised drug use sites has been restricted as the government focuses on recovery.

Eric Engler, press secretary for Alberta’s associate minister for mental health and addictions, rejected claims that the government is not addressing the crisis adequately.

“The Alberta government leads the country in helping people access life-saving prevention, intervention, treatment and recovery resources,” Engler said in a statement. He listed some government initiatives, including spending on naloxone recovery and distribution communities.

With an average of four Albertans dying each day from accidental drug poisoning, the group said leadership is needed that is not influenced by politics or stigma.

Intensive care physician Dr. Darren Markland said he has been forced to explore his own biases when it comes to drug-related admissions.

He recalled a time when two 17-year-old patients were admitted to his intensive care unit. One adolescent receiving treatment for alcohol poisoning received “automatic empathy,” while the other patient, who needed urgent care for a serious drug overdose, did not.

“His family loved him so much. The tears were just as wet. The pain was so palpable and yet there was a coldness, ”Markland said during the committee’s announcement Thursday.

“There was a wall between the nursing staff and me, as this poor family was almost excluded by the same empathy that we provide to the other 17-year-old.”

He said his role within the committee is a “starting point” in realizing his own biases and preconceptions in order to offer the best possible support to people in need of care as a result of drug use.

The number and severity of opioid poisonings is increasing in the Edmonton area, said emergency physician Dr. Jaspreet Khangra, noting that it is affecting people of all ages and backgrounds.

“I want to dispel the myth that there is a certain type of person who experiences opiate intoxication (or) opioid use disorders,” Khangra said. “Due to stigma, we often don’t know about the people it affects in our own lives until it is too late.”

He noted that indigenous communities are disproportionately affected.

A multitude of treatment strategies, including harm reduction supports, should be made available to people who use substances, Khangra said. Too often, you’ve seen clients face social and systemic barriers to getting help, he added.

During the COVID-19 pandemic, the number of Albertans who died as a result of an overdose increased with more than 1,300 deaths in 2020. Most of the deaths involved opioids.

The committee said they will advocate for evidence-based information, government policies and health supports to reduce the number of deaths and adverse outcomes for people who use drugs. 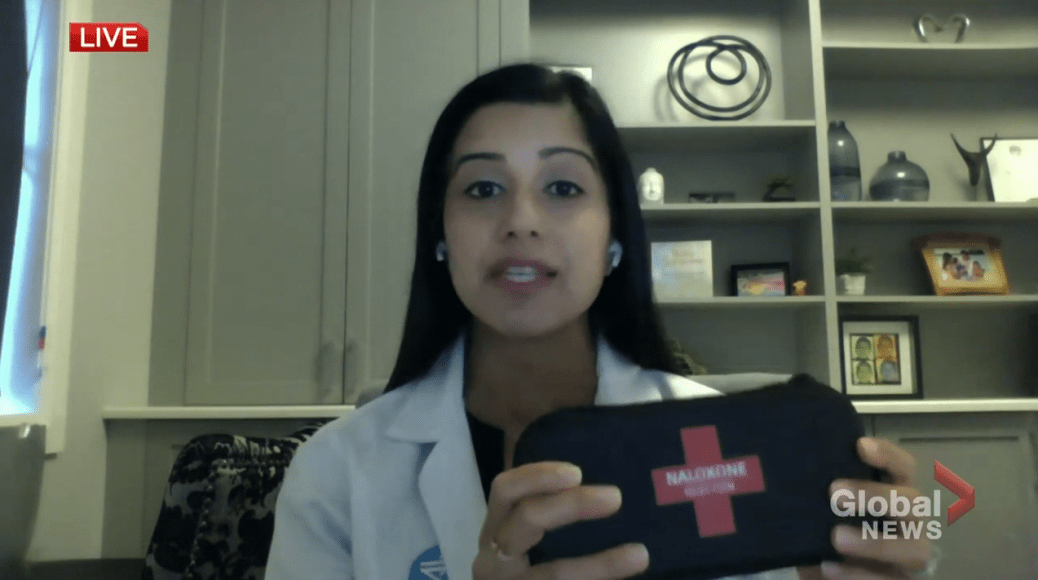