A driver has been charged in connection with a four-vehicle accident in April on Highway 35 south of Lindsay.

According to the City of Kawartha Lakes OPP, the four-vehicle crash on April 20 sent three people to the hospital, two with serious injuries who were airlifted to Sunnybrook Hospital in Toronto. Three vehicles were found on the road and a fourth in a ditch.

2 airlifted after a 4-vehicle collision on Hwy. 35 south of Lindsay

On Friday, OPP said a 30-year-old driver involved in the collision was charged with reckless driving causing bodily harm and not wearing a seat belt properly.

The name of the accused was not released.

The individual is scheduled to appear in court in Lindsay on Oct. 19, police said. 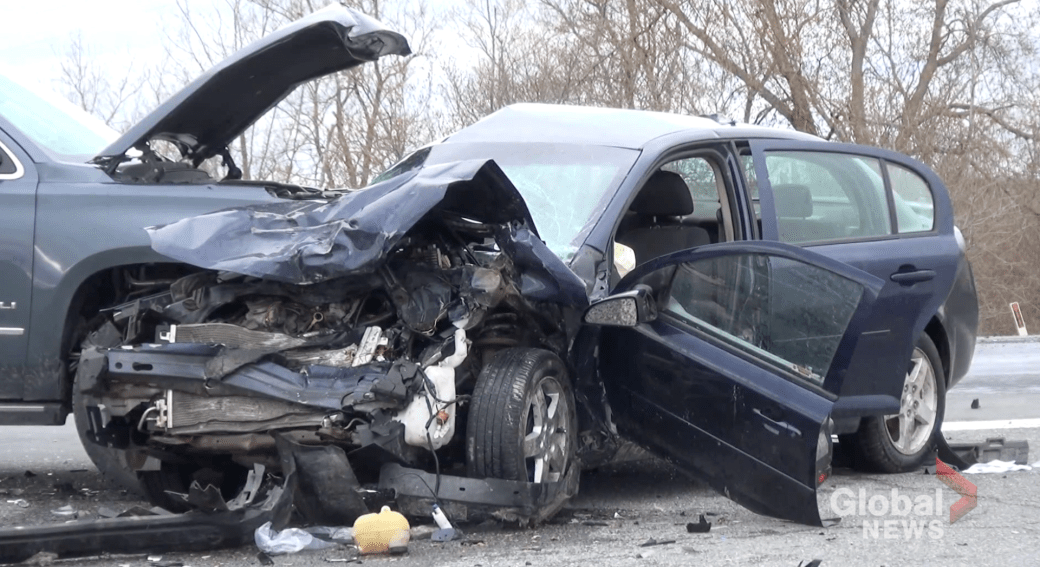 0:402 airlifted after a 4-vehicle collision on Hwy. 35 south of Lindsay

Trending on Canadian News  Previous: Wild take on Flames in clash of West's best
Published On October 8, 2021
By thecanadian
Categories