The streets of Morden were more like rivers on Saturday morning and around fifty households received evacuation notices after severe outdoor flooding gripped the city overnight.

“We’ve gotten a substantial amount of rain in the last 24 hours, which, along with the remnant of the Colorado low we had last weekend, is causing a lot of runoff in the basin,” said Mayor Morden, Brandon Burley.

“There’s a substantial bottleneck on the Park Hill Street bridge, which is really just a culvert, so that’s the problem right now. The water flows about two and a half feet above that road.”

Burley says evacuation notices were sent to homes on the west side of Dead Horse Creek as last week’s flooding had already caused a bridge to collapse.

Although a temporary road had already been built, Burley says it is deteriorating, raising concerns that residents could be stranded.

“Substantial efforts are underway to sandbag, and if (residents) need emergency services, they can be provided,” Burley said, adding that displaced people should go to the Access Event Center (111-D Gilmour St.), which has been converted into an emergency operations center.

At 1:30 in the afternoon, the town sent social media A local state of emergency had been declared “to allow necessary actions during this major weather event.”

People who live in the area say they woke up to about a foot of water rushing through streets and yards, particularly in the north end of town.

“The creek narrows here on the north end of town and the bridge where we are, is a very large culvert-type bridge, so the flow has receded and the water has gone down the road,” resident Kelly Weiler. saying.

“It’s mostly flowing west right now, but some of it has been coming east.”

“The water is about 18 inches deep on the frontage road right now…there is a walkway on the east side of Mountain (Street) and the water goes all the way up there, and it has gone over the sidewalk and into the back of the yards,” Adam Mckenzie said from his home in the northwest corner of Morden.

“You could see the water coming out of the storm drains. When you see that, my concern is, is the water going to go down the drains of the houses?

Adding to the uncertainty, Mckenzie says there is a lot of snow that hasn’t melted yet, and the rain is still falling.

A statement posted on the city’s website says the Southern Emergency Response Committee has opened an emergency operations center in the city, and people are urged to respect barricades “meant to block access to areas potentially dangerous”.

Those in need of assistance are asked to contact [email protected], and anyone in need of sandbags should call 204-362-3986.

On social media, the Morden Police Service is imploring people not to drive around the barricades, and in particular to avoid the intersection of Mountain Street and Parkhill Drive.

“The most important thing is to stay safe. It’s fun to go looking for crazy waters, but we don’t need to have water rescues on top of everything that’s going on right now,” Burley said.

Northeast of Morden, 78 households in the rural township of Ritchot received evacuation notices and eight chose to leave.

People who chose to stay are confined to their properties for the time being as high water levels continue to cover secondary roads in some parts of RM.

“That could change in the next 24 hours, especially with the rain we’re getting.”

Some area residents told Global News they are not concerned about severe flooding due to levees built around their properties.

As for the amount of water surrounding their properties, they haven’t seen anything like this since 2009. 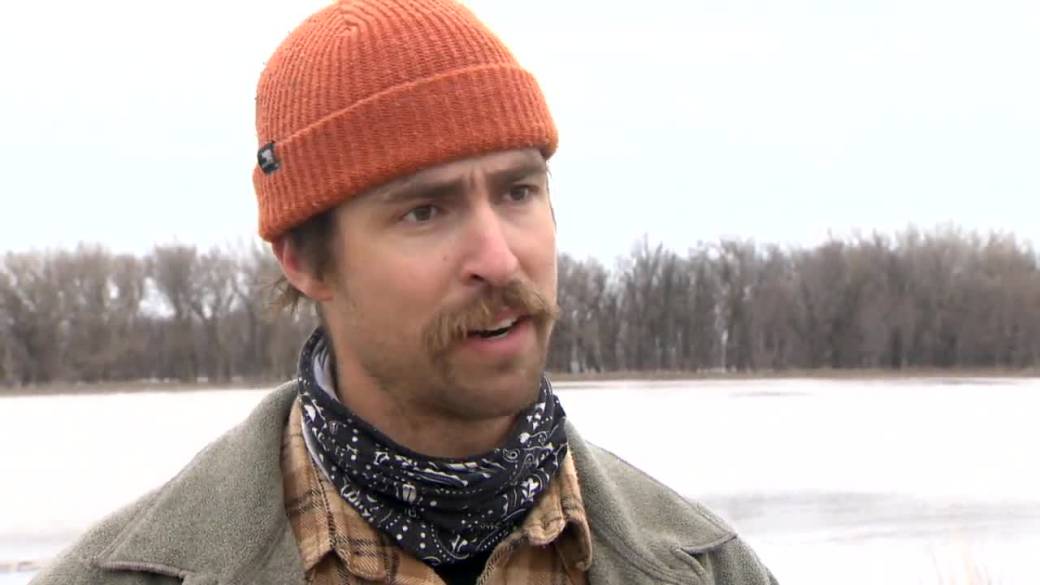