Hall of Famer Doug Gilmour thinks Mitch Marner should be included in the Hart Trophy conversation this season, and that the Maple Leafs winger is changing the perception of who deserves the NHL’s top individual award.

The trophy buzz has picked up steam of late during one of the league’s most impressive scoring streaks. As Gilmour sees it, along with his other talents, Marner is an elite playmaker as well as a goal scorer. The latter skill has traditionally been favored by Hart voters over all-around talent.

“He’s getting chances,” Gilmour said, referring to Marner’s ice time in all situations, including penalty killing, under coach Sheldon Keefe. “You look at some teams and they don’t always give their best players a chance on the penalty kill. At the same time, it’s an added bonus when you score short-handed.

“I’ve watched Mitch a long time and it doesn’t faze me what he’s doing. People were on him a bit at the beginning of the season, and they’ve been on him throughout his career, but he’s weathered through it. What he’s doing now is fun to watch.”

Marner has had multiple points in seven straight games, tied for the longest such streak in Leafs history with Gilmour, Auston Matthews, Vincent Damphousse, Rick Vaive and Corb Denneny. He also has at least one point in 11 straight: eight goals and 18 assists over that span, while climbing to sixth in the NHL scoring race with 88 points.

On Wednesday, Wayne Gretzky told the Athletic that Marner — a key part of the success of linemate, and top Hart candidate, Matthews — hasn’t attracted as much attention as Leon Draisaitl, who has 50 goals while forming a dynamic one-two threat with Connor McDavid in Edmonton. McDavid has won the Hart twice, while Draisaitl won in 2020.

Marner, meanwhile, has cracked the 30-goal barrier for the first time and is on pace to break his personal best of 94 points, set in 2018-19. Gilmour garnered Hart votes eight times in his career, and his highest finish in the balloting (second, with the Leafs in 1992-93) came in his best offensive year (32 goals and 95 assists).

“We all know Mitch is skilled, and he’s been known as a playmaker. But he has 30 goals now, so he’s a goal scorer, too,” Gilmour said. “The (Leafs) will need that in the playoffs, a guy who makes big plays (passing and scoring) at the right time.”

Gilmour hadn’t seen Gretzky’s comments comparing Marner and Matthews to Draisaitl and McDavid, but said he’d already made the connection.

“There’s Brett Hull and (Alex Ovechkin), but (Matthews’s) release is the best I’ve ever seen,” Gilmour said. “And Mitch finds him, he looks for him… and I know they say defense wins championships, but I think offense is the best defense.” 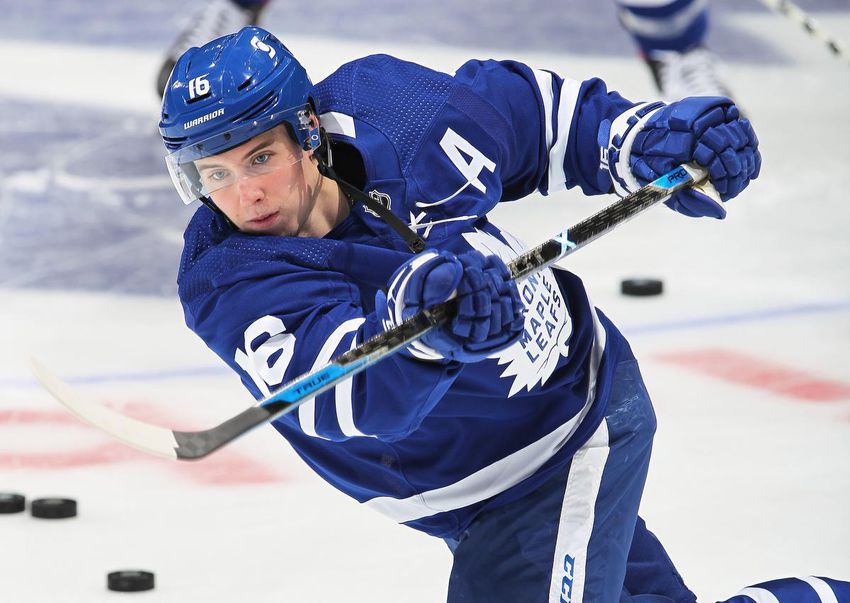 Gilmour is also having fun watching Marner and Matthews chase him on the Leafs’ all-time scoring list. Both have 446 points, just six shy of Gilmour in 16th place.

“Records are made to be broken. I was blessed to play the game, but you pass it on and see who’s next,” he said. “This right now is exciting.”