The COVID-19 situation in Quebec appears to be improving, but restrictions must be eased carefully due to the fragility of the hospital system and slow uptake of vaccine boosters, the province’s interim public health director said Thursday.

Dr. Luc Boileau told reporters that the situation appeared to be “stabilizing” and that several indicators, including hospitalizations, were trending downward.

“We are not crying victory, but it feels good to say there are things that seem to be improving,” he told a news conference in Montreal.

Quebec reported a 117-person drop in the number of people hospitalized with the virus on Thursday, and new projections released by a government health research institute suggested the province’s hospitals could continue to see a “modest” decline in the next two weeks.

Boileau, however, dashed hopes that the positive numbers meant the province would further ease health measures immediately. He said Quebec would take a “week-by-week” approach to lifting restrictions.

The province has already announced it would loosen some restrictions on private gatherings and youth sports next week, as well as allow dining rooms to reopen at half capacity. The following week, on Feb. 7, entertainment and sports venues will be allowed to reopen at 50 per cent capacity, with attendance capped at 500 people.

Boileau said he hopes the province will be able to make further announcements in the following weeks. 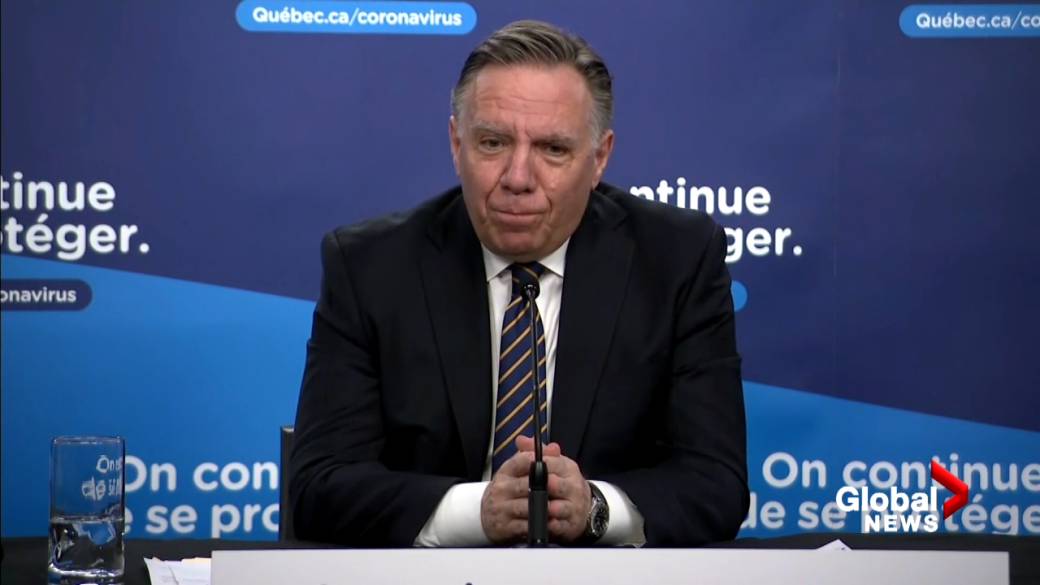 Trending on Canadian News  'One of a kind and irreplaceable': Friends identify pilot killed in crash west of Calgary

But he said Quebec’s low hospital capacity, as well as a slower COVID-19 booster campaign, prevents the province from moving as quickly as other jurisdictions. England, for example, announced Thursday that it was dropping nearly all of its health measures, including mandatory masking and vaccine passports.

He acknowledged that some Quebecers were likely disappointed that COVID-19 vaccinations had not yet allowed a return to normal life. However, he maintained that mass vaccination is the best way to both protect people from severe illness and allow restrictions to ease more quickly.

The Health Department said Thursday there were 3,153 patients in hospital with COVID-19. The number of people in intensive care dropped to 235, 17 fewer than a day prior.

The number of COVID-19 patients entering hospital has dropped by about 23 per cent over the course of a week, according to a report by a Quebec government health-care research institute. The drop, based on data collected between Jan. 15 and 21, was observed in “all age groups and all regions,” according to the Institut national d’excellence en sante et en services sociaux.

The institute projects that the overall number of hospitalized patients will continue to decline over the next two weeks, down to about 2,500, along with a “slight decrease” in the number of people in intensive care.

The projections suggest about 170 people per day will be admitted to hospital in two weeks’ time. There were 231 admitted on Wednesday, the Health Department said.

Health officials reported another 3,956 new cases of COVID-19 on Thursday, although they say the number is not representative of the true level of contagion because testing is limited to priority groups. There were also 56 new deaths linked to COVID-19.

They also said 1,153 people reported testing positive on Wednesday via the province’s new platform to report rapid test results. More than 23,000 test results have been entered into the platform since it was launched two days ago.

The province’s health institute says about 92.4 per cent of Quebecers 12 and over have received at least one shot of a COVID-19 vaccine, and 90 per cent are adequately vaccinated.