The Fraser Health Authority could request a court order to force the closure of a Hope, BC restaurant that continues to operate despite being ordered to close.

The Hope District confirmed that ordinance officers handed a business license suspension to Rolly Restaurant on Thursday for failing to comply with the BC vaccination card regulations.

However, a woman who answered the phone at the restaurant and only identified herself as Marlene on Thursday said it was “business as usual” because the situation was “just ridiculous” and that the situation “was not about health.”

Public Safety Minister Mike Farnworth said Rolly’s liquor license will be suspended, which is a different sanction than the action Fraser Health could take.

Hope District Administrative Director John Fortoloczky also said that if the restaurant continued to operate, it could face a $ 100 fine for each day it remained open. 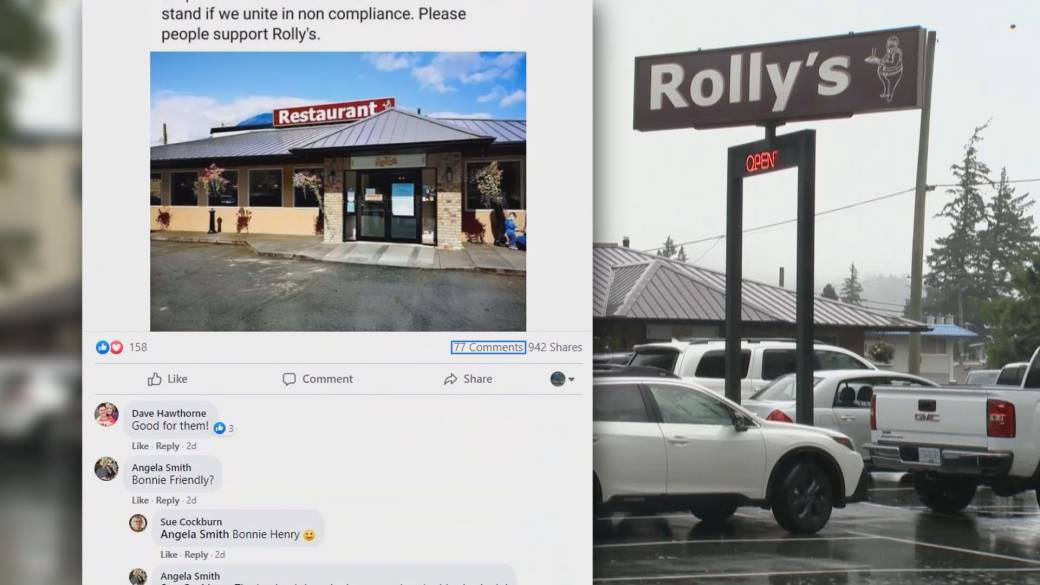 Restaurant in Hope, BC has business license withdrawn for defying vaccine passport

Hope currently has the lowest vaccination rate in the East Fraser Valley.

As of Wednesday, more than 2,000 residents ages 12 and older had yet to receive a single dose of the COVID-19 vaccine. The population is about 6,100 people.

There are unconfirmed reports that a rally in support of Rolly’s has been planned for 11am on Friday.