What happened to Chalino Sánchez’s wife after her murder? Marisela Vallejos Félix, who also suffered the loss of her son, Adán Chalino Sánchez, in a car accident at age 24, became a United States citizen in 2018.

According to information from The opinion, Chalino Sánchez’s wife shared on that occasion that it took her a bit of work to do this, since being the widow of the King of Corrido, her income had to be verified:

“The first thing they ask you to become a citizen is how do you survive in this country and what do you work for?”, Said Marisela Vallejos Félix.

Thirty years after the murder of the singer, his widow managed to become a resident and citizen of the United States, although for citizenship, it took him two years.

“They also asked me to have my taxes in order and to verify my stay in the country because I was entering and leaving because of my mother’s illness. I had to show how many times I had been in and out, and for how long. I felt liberated and I feel that now I can express myself, ”said Chalino Sánchez’s wife.

It should be remembered that Marisela Vallejos Félix was married to the singer from 1984 to 1992, the year he was assassinated in Culiacán, Sinaloa.

“He continues to sell a lot. Thank God people continue to love him and continue to support him a lot ”, replied the widow, who lives off the royalties of her husband and son, Adán Chalino Sánchez, who died in a car accident at the age of 24.

Despite the fact that in the Mariposa de Barrio series the good relationship that the Rivera had with Chalino Sánchez and his wife, Marisela Vallejos Félix, was seen, in 2018 the widow of the narcocorrido singer exploded against Jenni’s family.

According to Debate, the wife of Chalino Sánchez said on that occasion that the fact that Pedro Rivera said that he made the King of the Corrido a singer bothers her: “And it bothers me a lot because Chalino had his own merits.” 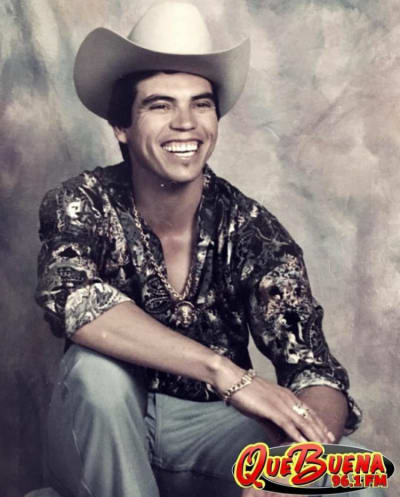 Moments before the tribute paid to the singer in Los Angeles on the 25th anniversary of the singer’s death, his widow said that “no one makes artists.”

“There is no factory to make artists, so the fact that he (Pedro Rivera) says that, or his family says it, bothers me to the degree that I don’t want them near me.”

15 years after his death, an unexpected photograph of Adán Chalino Sánchez appeared with Jenni Rivera that sparked controversy on the networks.

On March 27, 2004, an event occurred that shocked the world of regional music, when the death of Chalino Sánchez was reported. At that time, Adán was 21 years old and was already an emblem in the world of corridos, following in the footsteps of his father, who had died 12 years earlier.

However, on that fateful date, Chalino Sánchez died in a suspicious car accident in the state of Sinaloa.

The controversial thing about the death of the singer was that the section of the road where he died is a very little frequented place, which is why various theories have emerged about what Adán Chalino Sánchez was doing in that lonely place. 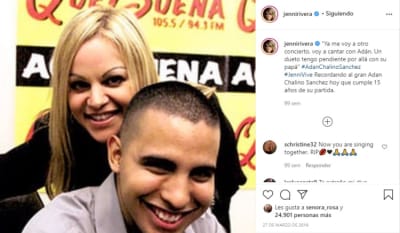 25 years after the death of the corridos singer, the Instagram account of the also deceased performer Jenni Rivera released a photograph where “La Diva de la Banda” appears with the musician.

In the photo, you can see Chalino Sánchez very smiling, with his very short hair, wearing a dress shirt in gray tones, while behind him is Jenni Rivera looking spectacularly beautiful, with her golden straight hair, loose while smiling to the camera and brings an outfit in black.