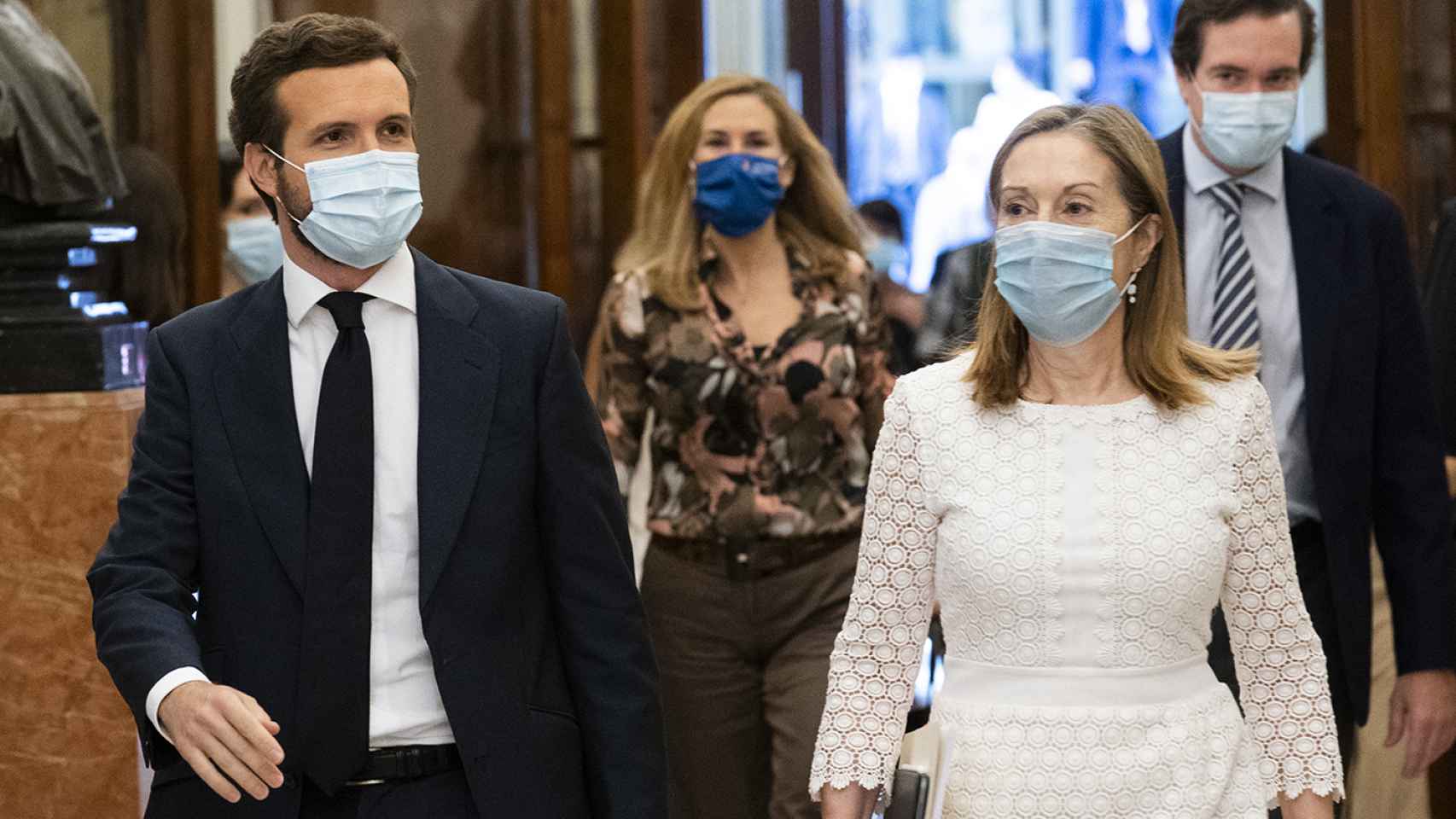 The People’s Party of Pablo Casado He has been working for months on a new National Hydrological Plan, included in what he has dubbed – before being so – as “the great water pact”. “It is the best bet for sustainability, it is the best policy to fight depopulation, the vice president only gets into the shells from which she does not know how to get out, and above all, water management is a State issue,” says the Deputy Secretary General of the PP Ana Pastor.

The work is finished, as confirmed by the former Minister of Development when speaking with this newspaper. And when the political times determine it, the national leadership of the party will raise the idea as “one more of the state pacts that we offer to Pedro Sanchez, even if he never listens to us. “

The intention of the popular is “to make politics useful.” Although they have little hope. “Teresa Ribera’s ideology eats everything up”, for her part, the deputy regrets Milagros Marcos, responsible for the agriculture area.

Recently, the Popular Parliamentary Group in the Congress of Deputies registered a motion that urges the Government to withdraw the “unilateral modification” to the rules of the Tajo-Segura transfer, at least until the new river basin management plans are approved and updated.

The initiative did not receive a response, says Marcos. “It is that we have presented several proposals in Parliament for irrigation and electrical cost calculations and they don’t even study them. “

For Ana Pastor and for the leadership of the PP, this last issue is paradigmatic of the lack of interest in “the sustainability of the agrarian economy, resilience of small farms and digitization of the sector, which would offer a more efficient and competitive management “.

Pastor shows that he has studied the matter well, before admitting that he does not use that terminology because he has bought the language to the Government, but “because they are the words with which they crush us to sell us your Recovery Plan … and yet they do not put a euro for the improvement of irrigation; a serious transfer policy; or the revision, rehabilitation and investment in infrastructures “.

Indeed, two laws in force for eight and three years – approved during the two legislatures of Mariano Rajoy– They established the obligation for the Government to develop “double power on an exceptional basis for agricultural activity” in the electricity market. The goal, to prevent increases in the price of electricity -Now, unstoppable- make irrigation unsustainably expensive.

However, the Ecological Transition “has not published the regulatory development to favor the competitiveness of farms in our country”, which today pay the most expensive electricity precisely “at times when crops need irrigation”.

The PP, in addition to properly criticizing the first opposition party, now intends to reactivate an idea that was always its own, which the first government of Jose Maria Aznar. So, 25 years ago, the initiative came from the newly created Ministry of the Environment –“Nobody remembers that, but it was us”, the former minister presumes.

In any case, the PP has already negotiated with all the agrarian associations. “And even the most progressive court are in agreement with the master lines of our plan,” explains the deputy for Albacete Carmen Navarro, in conversation with EL ESPAÑOL. “They are alarmed by the abandonment of this disastrous vice president, because she does not support them“, he stresses.

Now, it is about forcing the PSOE to “dialogue” until reaching a National Pact for Water that “guarantees that all territories have sufficient water resources.” The PP recalls that water is a fundamental right, that the river basin management plans have environmental objectives, but that attention “to the hydric deficits of Spain, due to its orography, it has to be a national policy to guarantee the future of all“.

What if the Government does not dialogue? Casado himself answered this question in an informal conversation with journalists at the end of an informative breakfast. “We are used to it, but this topic is that they fit in their speech. And above all, it is necessary, urgent, and the European Commission would applaud if we include it in the projects to be financed with the funds Next Generation EU“.

But the popular ones already suspect the “not ideological”, due to the “obsession of the PSOE against the transfers”. The deputy Navarro says she does not explain why, in view of the fact that “The desalination plants that Zapatero promoted produce very expensive waterThey consume a lot of energy and the fields cannot irrigate with that, because if it is not combined with fresh water, it burns them “.

Those of Casado are also afraid that Teresa Ribera does not want to dust off “the work left by her predecessor, García Tejerina,” hence they are going to propose a renewed State pact with another name. official, “because it is not an electoral operation.” “Really, this is necessary if we want a sustainable country and not depopulated… without competitive agriculture that is impossible “, they defend from the PP.