Members of the Ukrainian Canadian Congress (UCC) rallied across Canada this Sunday with the support of its allies to bring awareness of Ukraine’s fight against a potential Russian invasion.

The rally in Toronto took place at St. Claire Avenue East and Ferndale Avenue at the Consulate General of the Russian Federation.

Along with the ‘Stand with Ukraine’ committee, the UCC said the rally was “part of a worldwide effort in support of Ukraine’s right to live in peace and security on their sovereign territory, without foreign intrusion.”

The rally was supported by Toronto’s Lithuanian, Estonian, Latvian, Polish, Belarusian and Taiwanese communities with supporters chanting “Russia, hands off Ukraine” with signs that read “Stop Putin! Stop the war!”

“We have to do everything possible to return invasions and support Ukraine. And if we do that, we will be successful. And if we’re successful, we’ll be able to celebrate much more,” said Etobicoke Center MP, Yvan Baker during the rally. 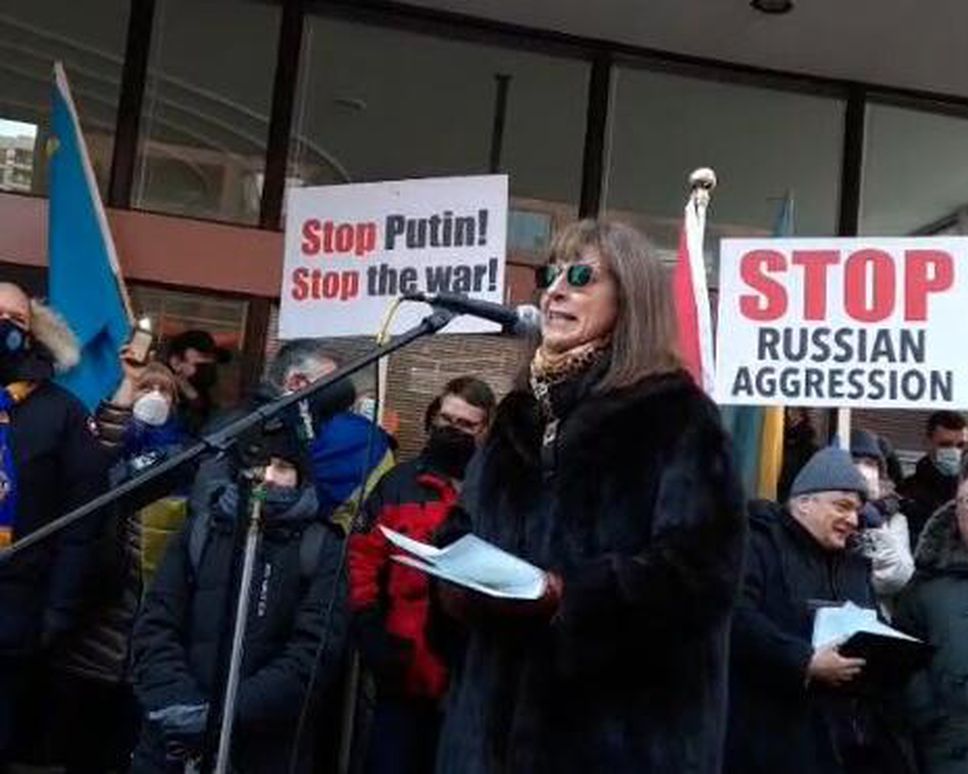 Alexandra Chyczij, The president of the UCC’s national branch spoke at Sunday’s event to remind rally-goers of the contributions Canada’s first-generation Ukrainians made during the Second World War.

“We are not just some lobby group, we are part of the fabric of Canada. We are true and loyal Canadians who in the Second World War were disproportionately represented amongst Canada’s armed forces.”

She added that over 35,000 Ukrainian Canadian men and women were enlisted and served during that war.

Peter Schturyn who is the president of the UCC’s Toronto branch said, their goal is to educate Canadians and let them know this is a global concern and would like to stress the importance of supporting its Ukrainian community at this time.

“If Russia were to full-on invade, this would be full-out war in Europe and hasn’t happened since the Second World War. So we’re not being overdramatic, this is really serious,” he said.

According to Marc Shwec, the chairman of the Stand with Ukraine Committee, Canada has historically been the first western country to recognize Ukraine’s independence in 1991.

The Star reported that since 2015, Canadian forces have trained more than 30,000 Ukrainian soldiers in two groups: the Armed Forces of Ukraine and the National Guard of Ukraine.

“People are organizing self-defense committees [in Ukraine] and they’re getting people ready to practice offense should the Russians attack,” said Shwec.

Since Canada’s defense minister, Anita Anand returned from Ukraine last week, Chyczij says she hopes Anand has come back with good news regarding Ukraine’s state of peace and security on their sovereign territory.

Published On February 6, 2022
By thecanadian
Categories