An unsetting mystery has some Cambridge homeowners concerned.

They’ve been finding squirrels dead on their property and noticing others that appear to be acting abnormally.

“I think that it’s a poison, maybe they put [it out] for rats, but it’s affecting other animals,” said Patricia Costa, a Cambridge resident.

Costa said she used to see lots of squirrels in her backyard but in recent weeks, fewer and fewer have shown up.

On Monday, she and her husband saw one drop out of a tree.

“It started to roll around,” Costa recalled. “He couldn’t hold his head up, he couldn’t stand up. It was weird.”

Her husband, Filipe Costa, described it as if “he was having a seizure.”

The Costas said the squirrel tried to climb their fence before it fell again and died behind the shed.

They said their son also spotted another dead squirrel on a neighbor’s lawn earlier in the week, which has also fueled their suspicion that poison is to blame.

Sandy Donald, the director at Ontario Wildlife Rescue, said it was likely rat poison that killed the squirrel.

He said it seemed to experience the common symptoms including abnormal, slower behaviour, seizures and dying with no signs of physical injury.

“If you saw them, you would probably think they were sleeping,” said Rob Purcell, a Cambridge resident who found three dead squirrels near his building. 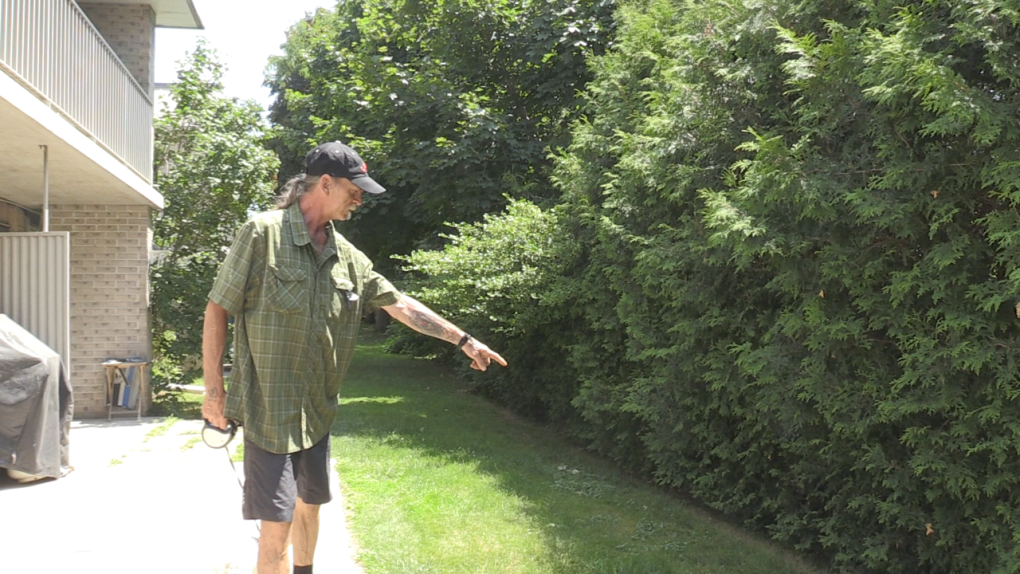 Rob Purcell points to where he found the three dead squirrels behind the building where he lives. (Carmon Wong/CTV Kitchener)

He said a neighbor had been trying to get rid of rats and that he suspects “they might be poisoned because there were too many, one after the other within a week.”

Donald called this a province-wide concern.

“We refer to them as poison boxes and they’re becoming an increasing problem,” said Donald.

He said while it’s illegal in Ontario to poison animals under any circumstances, poison should also never be left outside where other wildlife can get to it or could eat the poisoned animal.

“I think there’s a higher chance the wrong animal is going to eat it than the right animal,” said Donald. “Whether it’s a natural predator, a hawk, eagle, fox, coyote eats it, the poison is passed down the food chain.”

His advice to anyone trying to control a wildlife problem is to consider other methods such as using traps in order to protect unintended targets.