Few doubts remain about the underlying trend of the stock market, with Wall Street -and the Dax German- in free rise, and with stocks like the French one very close to their historical highs (already exceeded if dividends subtracted from the price are included).

Although many expected a decline in stocks in August, the Law of Contrary Sentiment It worked and expectations of downs have been met with ups. Even the surprising and unexpected – so swift – return to power of the Taliban in Afghanistan does not seem to worry investors who remain in the mode. risk on.

However, now there is a data that threatens the uptrend, and that is that we are approaching the most volatile part of August (something that is surely related to the low volume), precursor to the worst month, for statistical seasonality, of the year: September.

September is not only the month with the worst stock performance of the year on average in the last half century in Wall Street, is that even in an index like the S&P500, the one that all those who defend that long the bag always goes up As an example, the average balance for that month is negative.

That is to say, the most probable thing is not only that it behaves worse by going up less than the average, but directly that it goes down.

But in the short term, doubts are raised about “altitude sickness” after so much revaluation in the year of the main indices, and whether it is worth hedging part of the portfolio or even undoing some positions. As is often the case, if a large number of investors think in the same way, the statistic becomes a self-fulfilling prophecy.

In general neither 2020 nor 2021 are being a few years typical: last year the largest decrease in the shortest time in the history of the Ibex, also the shortest Wall Street downtrend in history, and overall the virus prevailed over any statistic. This year, although it is being calmer, it is presented as atypically bullish, with 48 closes at all-time highs on the S&P500 so far in 2021. 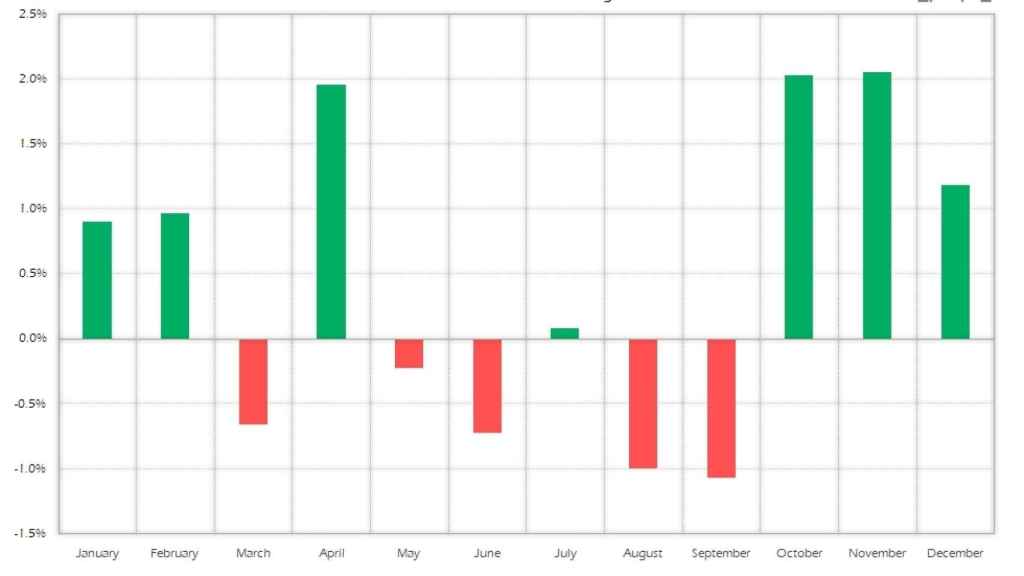 If the Taliban are not enough of an excuse, perhaps the statistical seasonality.