The Mexican stock exchange (BMV) trades at a loss in its first trading on Monday. The stock market falls back in a market that keeps its attention on the conflict between Russia and Ukraine, they began to negotiate a way out of this war after a series of Western sanctions on Moscow. 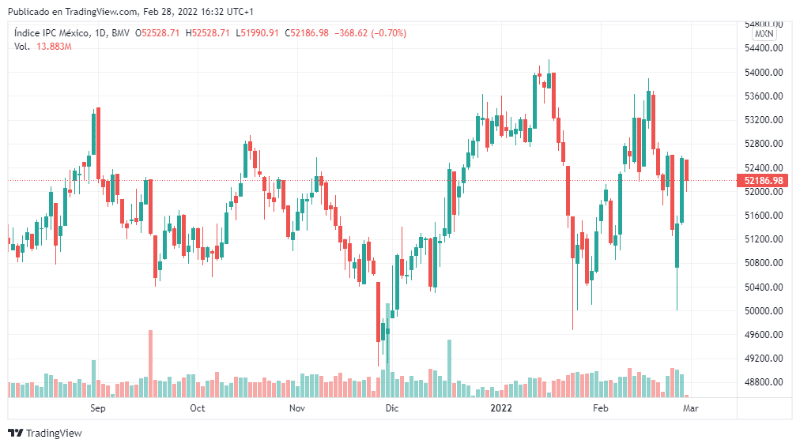 Within the reference index, most of the components operate in negative territory, with 24 values ​​in red and 11 in green. The losses are led by the papers of Volaris, with -3.83%; Cemex, with -2.56%; FEMSA, with -2.26%, and the telecommunications giant América Móvil, with -1.74 percent.

Published On February 28, 2022
By thecanadian
Categories