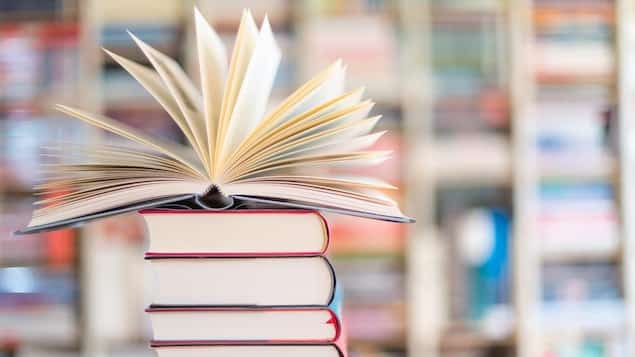 Bill 35 proposes to unify the two existing laws, which date from the 1980s, and to apply to all professional artists, including those in the fields of literature and the visual arts.

Thus, writers will be able to obtain a status comparable to other artists if the bill is adopted.

Bill 35 would change the lives of writers considerably, explains Laurent Dubois, director general of UNEQ. We are all quite moved since this morning.

We are starting from so far, he adds. [Avec le projet de loi 35]we get real status, real protections, we rebalance the balance of power in the industry, we force producers and broadcasters to negotiate collective agreements and we can protect our writers when they suffer harassment and abuse of power.

Same positive reception from the side of the Union of Artists (UDA). Its president Sophie Prégent believes in the adoption of this bill by June 10, the date of the end of the parliamentary session, the last before the elections this fall.

It’s playable, she thinks. Ms. Roy is all in [complètement] with us. And there is nothing in this bill that will put anyone out on the street.

Sophie Prégent particularly welcomes the section of Bill 35 which gives regulatory power to the government to set minimum conditions applicable to the conclusion of professional contracts with artists who are not covered by collective agreements.

This could be a game-changer in the dance sector where there are no producer associations. We negotiate agreements piecemeal with each producer, she explains. It’s more difficult to have real control over the working conditions of dancers.

Luc Fortin, president of the Guild of Musicians of Quebec (GMMQ), is more nuanced. We are satisfied, but there are still things to clarifyhe said.

The aim of the reform is to improve the socio-economic conditions of artists. For now, I don’t see [dans le projet de loi] that it is completely achieved.

L’UNEQUnion of Quebec WritersI’UDAUnion of Artists and the GMMQGuild of Musicians of Quebec would have liked Bill 35 to oblige producers to respect the collective agreements in force in order to receive public money in the form of subsidies, for example.

That’s not a deal breaker, assures Laurent Dubois. We are confident that the Minister or her successor will have the opportunity to move forward on this issue with other regulations, in particular by providing a greater framework for SODEC’s financing programs with a clause that would say: “if you receive public money, you are obligated to respect the working agreements”.

Unfortunately, we cannot do everything with a law, pointed out Nathalie Roy, the Minister of Culture and Communications, in an interview with Catherine Richer, cultural columnist on the program 15-18. We are working seriously on finding mechanisms to see to what extent we can find an appropriate solution.

ADISQ feels it has been heard

As for the organizations that represent producers, the Quebec Association for Media Production (AQPM) and ADISQ also reacted rather positively.

We note that several requests made by ADISQ in the context of the consultations have been heard, for example in terms of broadening and regulating the powers of the authorities called upon to settle disputes arising from the application of theindicated, by press release, the director general of the ADISQ, Eve Paré.

As for theAQPMQuebec Association of Media Productionshe is pleased to see the bill propose to apply to other artistic fields provisions that already exist within the audiovisual industry.

However, she expressed concern about the regulatory power the government would have to set minimum terms in contracts. She wants the government to clearly define its interventions.

Producers have been operating in a fragile and underfunded ecosystem for many years and the conditions of engagement that the AQPM has negotiated with artists’ associations respect a delicate balance that takes into account the realities of our environment.declared, by press release, Hélène Messier, the CEO of theAQPMQuebec Association of Media Production.

It is important that this balance be maintained if we want to achieve, at least in our field, the stated objectives of the Actshe added.

On Wednesday evening, the National Association of Book Publishers (ANEL) had not yet commented on Bill 35.

This text was written frominterviews conducted by Catherine Richercultural columnist on the show 15-18and by journalist Louis-Philippe Ouimet. Comments may have been edited for clarity and conciseness.