A thick blanket of fog under an inversion has covered parts of Southern BC for five consecutive days.

Some lucky areas saw the fog dissipate in the afternoons under the warmth of the sun, but for many, each day remained cold and gray.

Right above the fog there was blue sky, sunshine and warmth. This inversion created spring-like conditions on the slopes with stunning views over the sea of ​​fog below.

This type of weather does not happen very often. It can occur once or twice a year in the late fall and winter, often lasting for days on end. However, years can go by without a single one.

How this type of fog and inversion is created.

Every once in a while, a strong and persistent ridge of high pressure develops in the upper atmosphere, usually due to a weak jet stream. This situation is often called a “blocking ridge” as the jet stream and ridge tends remain in this pattern for days.

It is also called an “omega block” because the shape of the jet stream around the high pressure resembles the Greek letter Ω.

In the summer, a blocking ridge brings sunshine and heat. But in the fall and winter, a thick layer of fog or low cloud and inversion can develop.

Initially, the blocking ridge will cause clear skies. However, due to light winds and cold conditions at night, the ground (and air above) loses a lot of heat or longwave radiation.

As the air near the surface cools, the moisture in the air it reaches saturation and creates a layer of low-level cloud or fog. This is called radiation fog.

During this process an inversion develops as the air near the ground becomes cooler than the air above.

Smog can also be a problem during inversions. The pollution gets trapped near the surface by the warm inversion layer above. If the inversion persists for several days an air quality advisory may be issued.

Spotted a frost flower around BC’s South Coast? Here’s how it was created 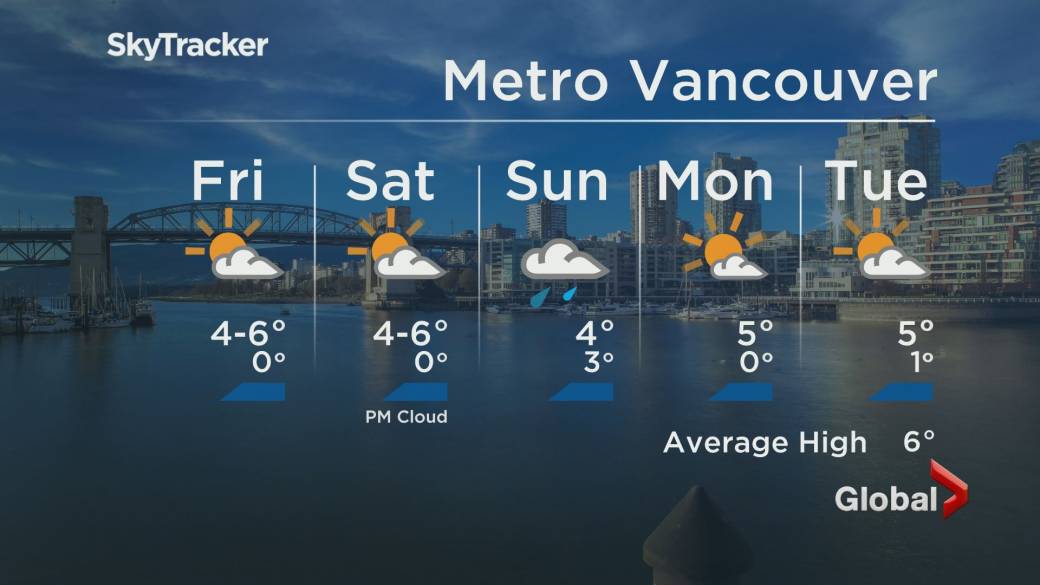